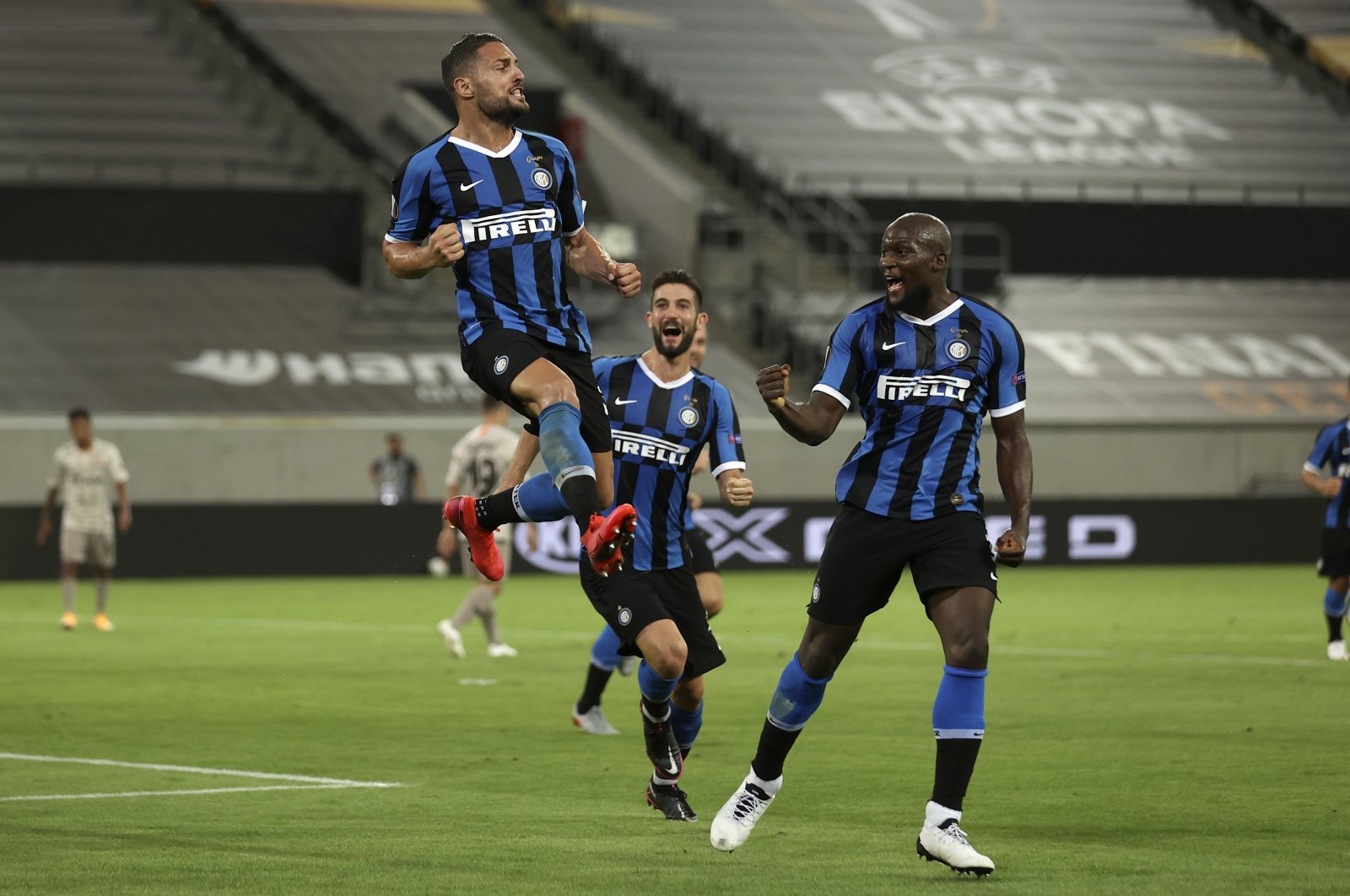 Expected to be canceled during the height of coronavirus pandemic, the Europa League will, at last, conclude on Friday with a final between Inter Milan and Sevilla that carries very different meanings for the two clubs.

If Inter wins Friday's final in Germany, it would be a milestone in its bid to dethrone Juventus in Italy and re-establish itself as a Champions League heavyweight. But Sevilla has a special affection for a competition it’s won five times, more than anyone else.

Sevilla is the ideal club for a vision of the Europa League as a competition offering meaningful European games for clubs that don’t have the financial clout to fight for national titles or the Champions League. It won three in a row from 2014 to 2016.

"If you ask me, I’d still prefer to play the Champions League, because that’s the most important club competition in the world, the one with more prestige," Monchi said. "But obviously the Europa League has meant a lot to us. We don’t see it as something less important."

Sevilla’s ambitions have been limited by the overwhelming strength of Real Madrid and Barcelona in Spain. Excluding the Europa League, Sevilla hasn’t won a trophy since the 2010 Copa del Rey and it hasn’t finished in the top two in La Liga since 1957.

Before its run to the final, Sevilla gave its players six days' rest after the league season ended on July 19. That looks to have paid off.

The team played with more intensity than its opponents in the second halves against Roma in the last 16, Wolverhampton in the quarterfinals and in the 2-1 comeback win over Manchester United in the semifinals. The Italian and English leagues both finished later than La Liga.

"At first we thought it would be a disadvantage to be 15-20 days without competing," Monchi said. "We couldn’t play any friendlies. And other teams were still playing and didn’t have to disconnect. But I don’t think it’s clear whether it has helped or not. It’s not something we know for sure."

Inter had no such break after its last Serie A game on Aug. 1 but powered past supposedly fresher opponents like Getafe and Bayer Leverkusen at the Europa League tournament. Alexis Sanchez is an injury doubt for the final after the Chilean forward was an unused substitute for the semifinal win over Shakhtar Donetsk because of a hamstring strain.

Inter played four finals in eight years in the 1990s in what was then called the UEFA Cup. Inter won three of those, most recently in 1998, with Brazil legend Ronaldo scoring in a 3-0 final win over Lazio.

Inter's push to the final has been spearheaded by the "LuLa" partnership of Romelu Lukaku and Lautaro Martinez, who scored twice each in Inter's 5-0 hammering of Shakhtar Donetsk in the semifinals, taking Inter to a club-record 111 goals for the season.

Finishing one point behind champion Juventus in Serie A underlined the ambition in Antonio Conte's team to rejoin Europe's elite group of clubs and the focus will firmly be on the Champions League next season, not the Europa League. Winning Friday would continue a decadelong push to recover lost ground.

Since Jose Mourinho's Inter team beat Bayern Munich to win the Champions League in 2010, Inter has endured difficult seasons, missing out on European qualification entirely in three of those years. The combination of funding from Chinese owner the Suning Group, goals from "LuLa" and Conte's coaching has turned that around this season.

The defeat of Shakhtar made Inter the first Italian club to reach the final since Parma won in 1999. Ever since Porto beat Braga in an all-Portuguese final in 2011, every Europa League winner has come from either La Liga or the English Premier League.

There is usually a Champions League group-stage place on offer for the Europa League winner, but both Sevilla and Inter have already qualified via their leagues, so the place has been allocated to French team Rennes instead.