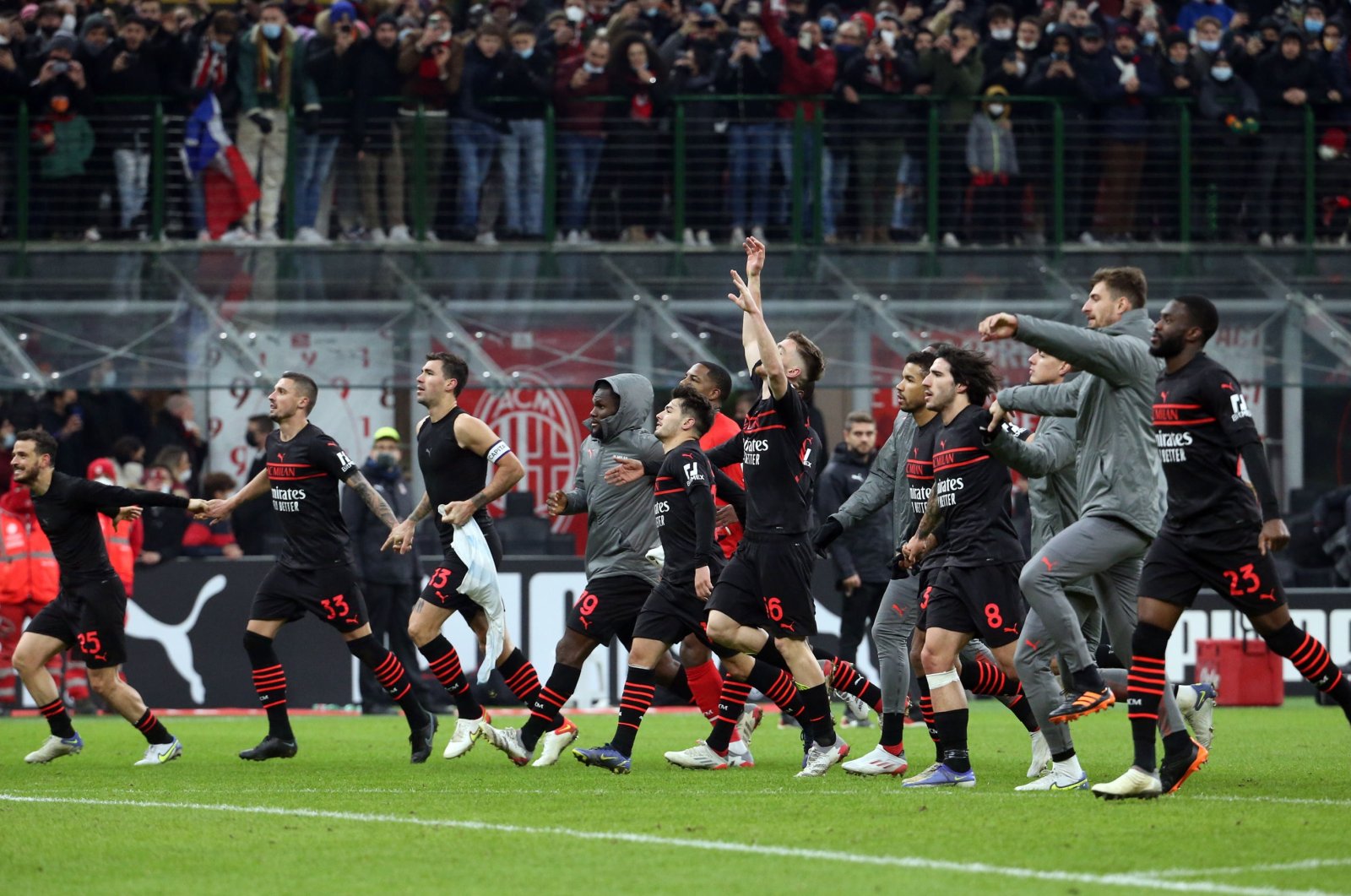 Resurgent giant AC Milan climbed to the top of the Serie A with a 2-0 win over Salernitana on Saturday, while Inter Milan cruised to victory at Roma.

Milan coach Stefano Pioli made six changes to his starting XI from the midweek victory at Genoa, with Tuesday's crucial Champions League match against Liverpool in mind.

But Franck Kessie and Alexis Saelemaekers both scored inside the first 20 minutes to ensure a straightforward victory for the hosts at the San Siro.

Milan has given its bid for a first league title since 2011 a boost this week after bouncing back from two straight defeats with successive victories.

Pioli's men sit one point clear of reigning champion Inter, who beat Roma 3-0, and two ahead of Napoli.

"I am satisfied with a good performance, a decent victory, because some assumed this could be taken for granted," Pioli told DAZN.

"It would've been better if we had scored more goals, especially considering how many chances we created."

The seven-time European champions have to beat already-qualified Liverpool in its final group game in Milan next week to have a chance of reaching the last 16.

"We wanted to be in this position and now we can only try to give our best," Pioli said of the Liverpool game.

"We know Liverpool will inevitably cause us some issues, but the spaces can open up too, because they are certainly not unbeatable or impenetrable in defense."

It made the perfect start against struggling Salernitana, as Kessie tapped in a fifth-minute opener.

With Zlatan Ibrahimovic rested and Olivier Giroud part of a lengthy injury list, 20-year-old Pietro Pellegri was handed a full league debut for the club.

But the youngster, a close-season loan signing from Monaco, hobbled off after less than 15 minutes.

Milan doubled its advantage in the 18th minute, though, as Brahim Diaz slipped in to Saelemaekers whose shot found the bottom corner.

Rade Krunic, Diaz and Junior Messias were among the players to miss chances for Milan, but Salernitana never threatened a comeback.

Salernitana remains rooted to the foot of the table after taking just one point from its last six matches.

Inter jumped into second place as a first-half burst helped it brush aside a poor Roma, missing several players through injuries and suspension.

"Last season, they were 29 points ahead of Roma. Today, with injuries and suspended players, it was very, very difficult."

Mourinho started four center backs in a makeshift back five that Inter cuts through with ease early on.

But the opening goal came in bizarre circumstances, as Hakan Çalhanoğlu's 15th-minute corner curled directly in at Roma goalkeeper Rui Patricio's near post.

The Turkey midfielder turned provider nine minutes later, as his pass was swept into the net by Edin Dzeko against his former club. The Bosnian has scored 11 goals for Inter since leaving Roma in the close season.

The three points were all but secured in the 39th minute as wing-back Denzel Dumfries ended his wait for a first Inter goal by scoring with a diving header.

Roma almost scored a consolation goal with eight minutes remaining, but Nicolo Zaniolo's powerful drive flew into the side netting, despite at first glance appearing to have nestled in the top corner, so much so that the Stadio Olimpico scoreboard was changed to 3-1.

The capital city club remains in fifth place but is now nine points behind Atalanta in the race to qualify for next season's Champions League.

Atalanta ran out 3-2 victor over injury-hit Napoli in a thrilling match.

Ruslan Malinovskyi opened the scoring for Napoli before Piotr Zielinski equalized. Dries Mertens extended the lead at the Diego Maradona Stadium before Atalanta roared back with goals from Merih Demiral and Remo Freuler to seal a dramatic win.