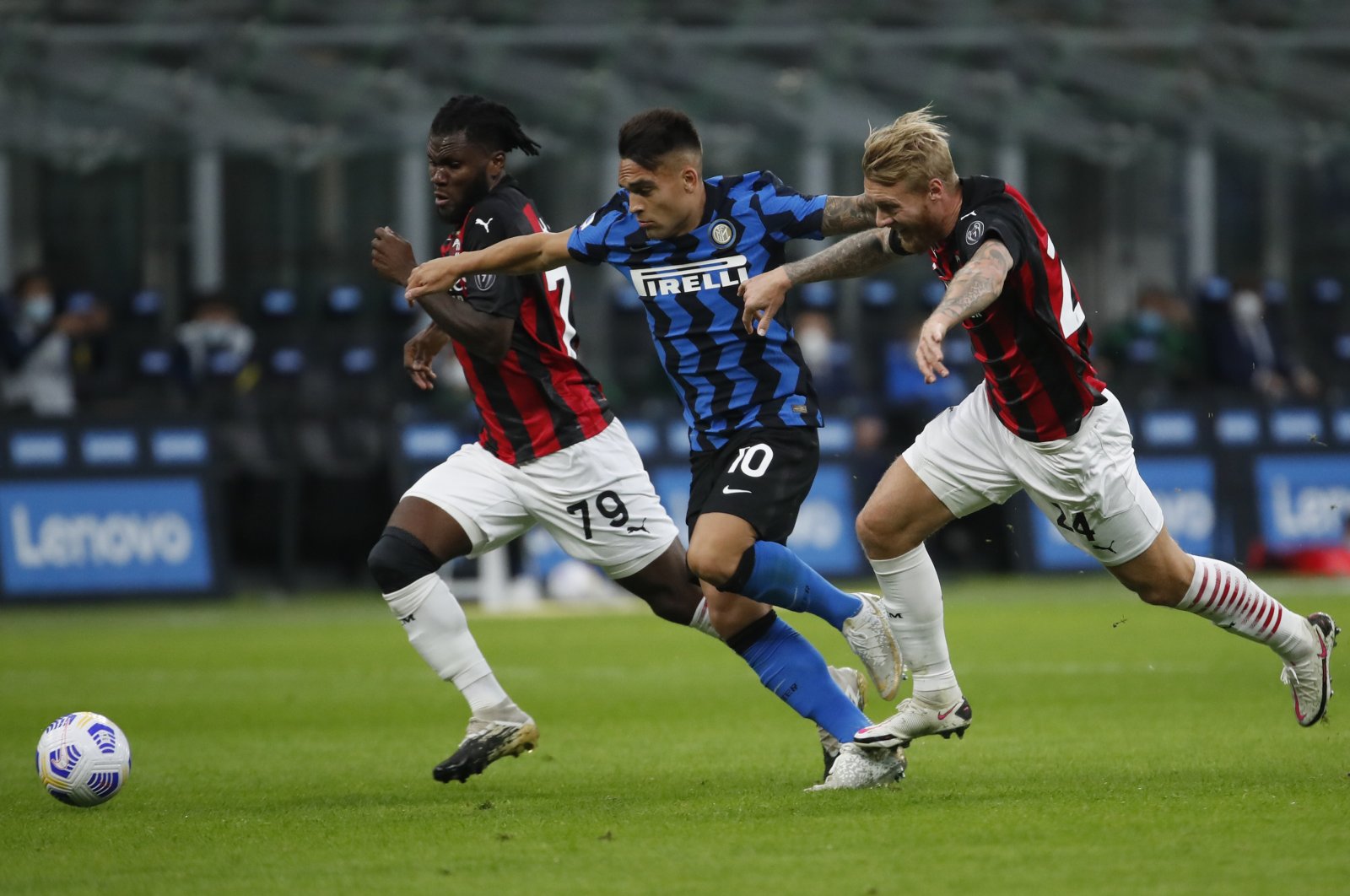 Like 2020 in general, it's been a strange year for Serie A. For the first time since 2009, both Milan clubs are at the top of the Italian league standings heading into the winter break.

Inter Milan went on to win the title that season, with city rival AC Milan claiming it the following campaign. Neither of them has won it since, in a nine-year domination of Serie A by Juventus, but Milan ends the year one point ahead of second-place Inter.

Juventus uncharacteristically finds itself in sixth, trailing Milan by 10 points – albeit having played a match less.

Milan has collected 34 points from its first 14 league matches, exactly double the number it had at the same stage last year.

It is also the only unbeaten team across Europe’s top five leagues, with 10 wins and four draws and is within touching distance of a record.

Milan is only the second side in those five leagues to have scored at least two goals in more than 15 successive matches reaching back to last season. The Rossoneri have done so in 16 and are closing in on Barcelona’s record of 18, set in 1948.

The key difference between this year and last is that Milan now has forward Zlatan Ibrahimovic.

The team was 12th when Ibrahimovic returned to the club in January, eight years after his departure sparked a spiral of decline.

Ibrahimovic has helped transform the club not only with his goals on the field but also his leadership qualities off it.

The 39-year-old has played less than half his team’s matches this season as he has been sidelined with the coronavirus and injuries. He has nevertheless managed to score 10 goals in his six league matches.

Ibrahimovic has also helped coach Stefano Pioli bring out the best in Milan’s young players. So youthful is Milan’s squad that this season it has fielded the two youngest starting lineups in Serie A since at least 2004-05 when statistics supplier Opta started collecting that data.

“Pioli told me that there (Sweden) I have two children but here I have 25 and they need me,” Ibrahimovic said in a recent interview when asked if he had thought of going to his native Sweden when he was injured.

Ibrahimovic has also instilled a never-give-up mentality in his teammates and that was clearly evident on Wednesday when Theo Hernandez scored in stoppage time to secure a 3-2 win over Lazio and ensure Milan headed into the winter break above Inter.

While ending the year top of the table might only be symbolic, its importance to the players was clearly shown by their wild celebrations.

It matters as much to their fans as around 500 of them welcomed the team bus to the stadium, letting off flares and chanting their support, with spectators still banned from stadiums in Italy because of the pandemic.

Things are not going to plan at Juventus for new coach Andrea Pirlo.

Pirlo was tasked with turning Juventus into a more attractive side and ending the club’s quarter-century wait for Champions League success, despite it being his very first coaching position.

But the Bianconeri are faltering in Serie A, which it has dominated for the previous nine seasons.

Under the 41-year-old Pirlo, Juventus is having one of its worst starts since 2010 and is 11 points worse off than it was after 13 matches last season under predecessor Maurizio Sarri.

Juventus' problem is drawing matches it would have previously won. Pirlo’s side has already drawn six of its matches – more than it has in any of the last eight seasons apart from 2014-15

Juventus also appears to have become too dependent on Cristiano Ronaldo and struggles when its star forward has an unusually sub-par performance.

Ronaldo and his teammates ended the year with what Juventus captain Leonardo Bonucci said was the team’s worst performance of the season as it lost 3-0 at home to relegation-threatened Fiorentina.

That was the first time an Italian team had won by at least three goals at Juve’s stadium, which it moved into in 2011

Much of Juve’s – and potentially Pirlo’s – fate could be decided next month when it travels to San Siro twice in the space of 11 days for key league matches against Milan and Inter.

The team likeliest to deny Milan the Serie A title appears to be its bitter rival, Inter.

Inter has regularly finished in the top four in Serie A over the past few seasons, while Milan has not finished higher than fifth in the league since 2013.

Inter has quietly continued racking up the wins and is on a streak of seven successive league victories.

Inter finished last season just a point behind Juventus in what was the Bianconeri’s smallest margin of victory this decade. Coach Antonio Conte started Juve’s unprecedented era of dominance and could be the man to end it.

Much will depend on whether Inter can avoid what has become a now traditional midseason slump.