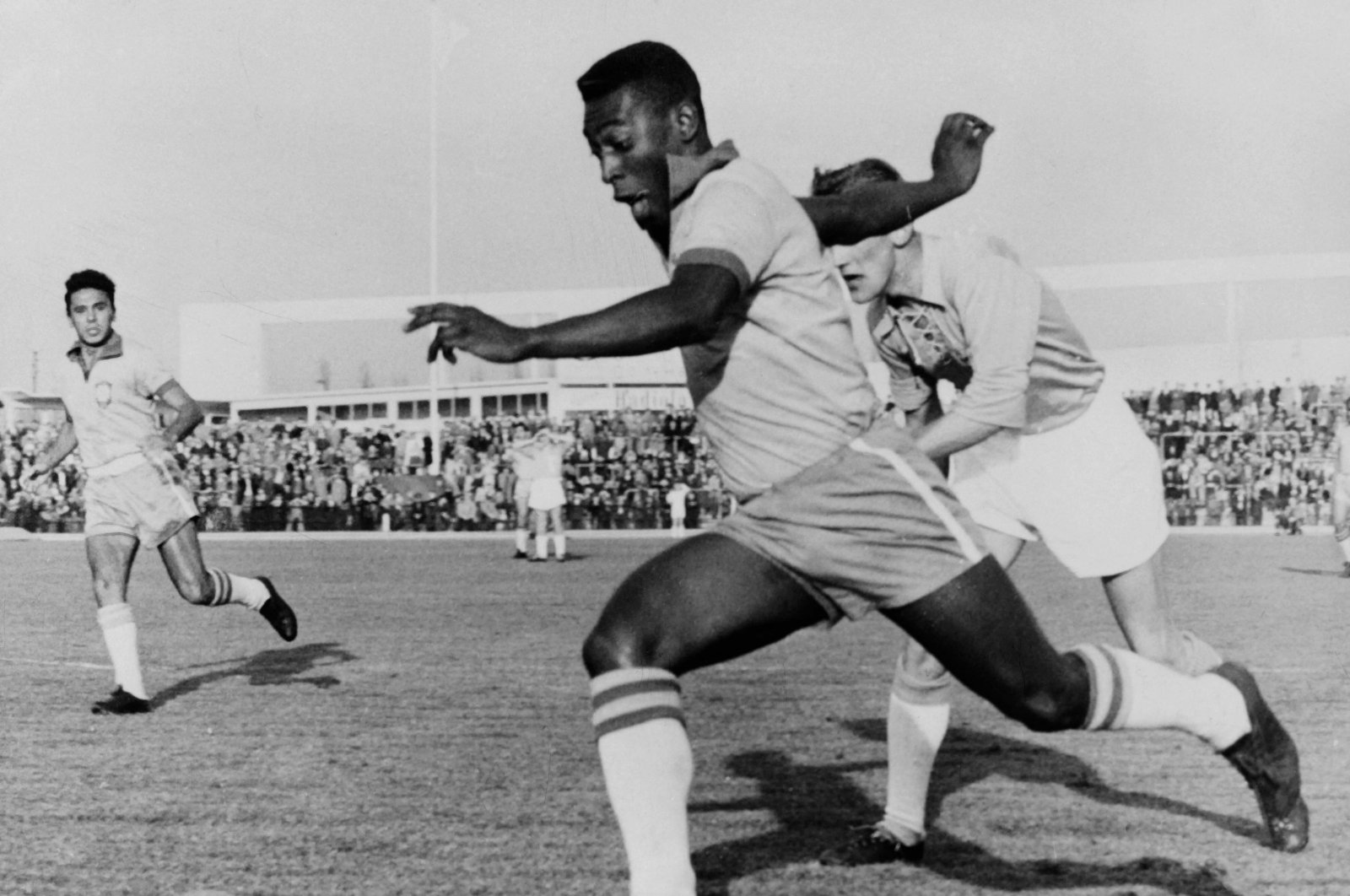 In this undated photo, Brazilian football legend Pele dribbles past a defender during a friendly match between Malmo and Brazil, in Malmo, Sweden. (AFP Photo)
by French Press Agency - AFP Mar 10, 2021 6:52 pm
RECOMMENDED

Football's greatest living legend, Pele, could add another to his long list of accolades: the Rio de Janeiro state legislature has voted to rename Brazil's iconic Maracana stadium for him.

The bill now goes to interim governor Claudio Castro, who has 15 days to decide whether to sign it into law.

Pele's communications team did not immediately reply to a request for comment.

The Rio stadium's official name is currently "Jornalista Mario Filho," for a beloved Brazilian journalist and sportswriter credited with helping give football the near-religious devotion it enjoys in the country today.

The bill would retain Filho's name for the sports complex surrounding the stadium, which also includes gymnastics and athletics venues.

But to Brazilians, the stadium is simply known by the name of the surrounding neighborhood, the Maracana.

The stadium has been the scene of historic matches including the 1950 and 2014 World Cup finals, as well as the venue for the opening and closing ceremonies of the 2016 Olympics.

It is the home stadium for two local football clubs, Fluminense and reigning champions Flamengo.

But the giant 78,000-seat stadium's history is also loaded with trauma for Brazilians.

It opened in 1950 for the World Cup, hosting Brazil's heartbreaking 2-1 defeat by Uruguay in the final – an event still sorrowfully remembered as the "Maracanaco," which roughly translates as "Maracana death blow."

Pele, 80, is credited with restoring Brazil's football pride in the aftermath.