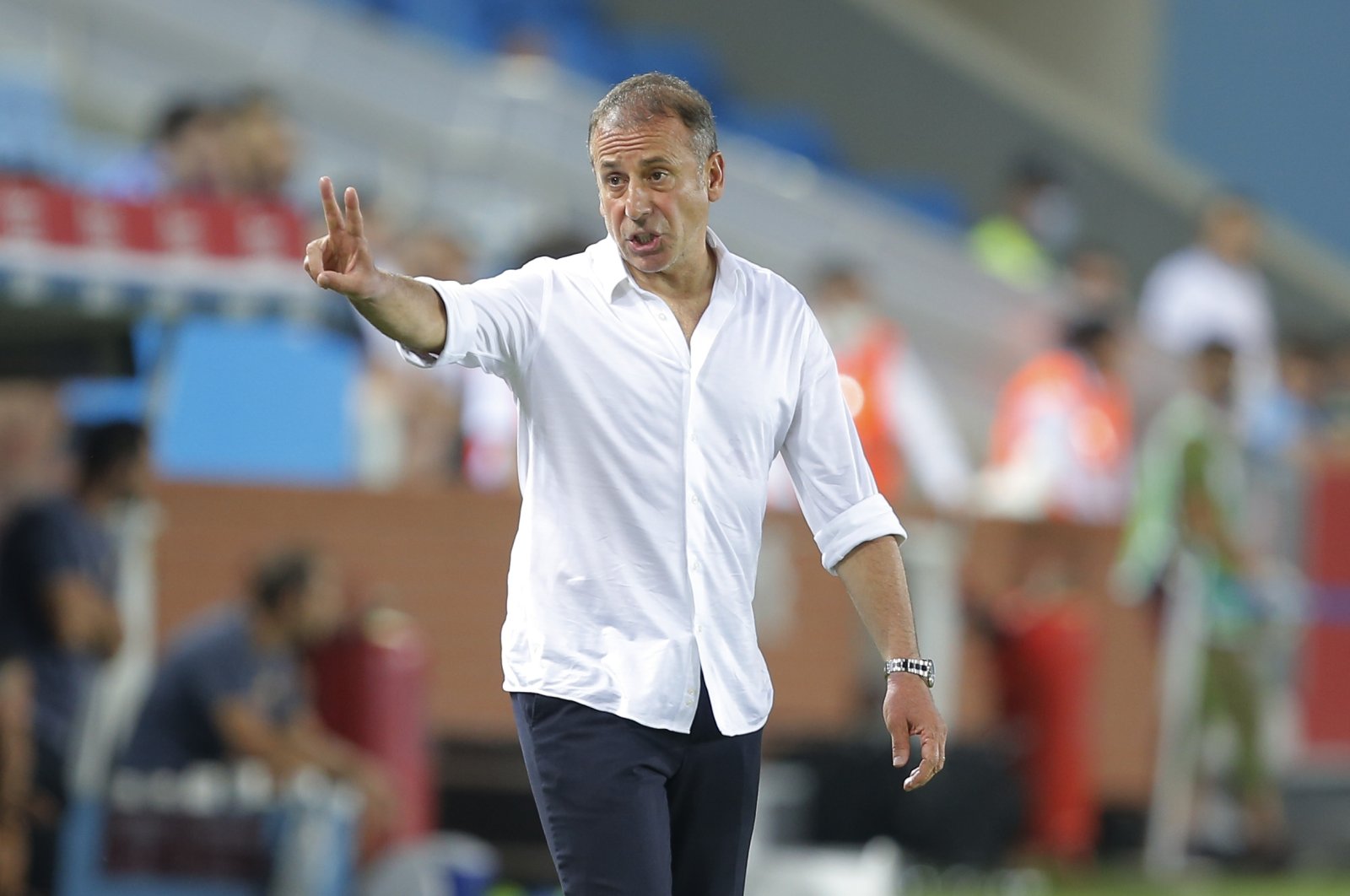 Trabzonspor made a disappointing start to its Conference League Playoff journey against Roma by losing the first leg 1-2. I know it is too early to deem the campaign lost or Trabzonspor's game inadequate, but it's still useful to ask Abdullah Avcı some questions.

In principle, I'm in favor of giving every coach at least six weeks at the beginning of the season. It is fair to give time to the mind that designed the game so that it can be tested against real opponents. The observations and evaluations I will write below are only warnings. I’ll maintain my judgment on Avcı’s game until the end of September.

First of all, why does goalkeeper Uğurcan Çakır kick the ball to the opponent’s half without any clear aim? Whereas Roma keeper Rui Patricio only hit one long kick during the entire match, Uğurcan insisted on going long almost every time. If the reason for this is to move the team forward quicker, the long balls must have high accuracy which was not the case. As a result, Trabzonspor gave away the ball to Roma without any pressure, before spending way too much energy to regain possession.

In a similar fashion to the Euro 2020, Çakır is once again the victim of poor build-up organization. Even in the accidental multiple-pass build-ups, the ball is ultimately kicked to Anthony Nwakaeme, Gervinho, or Djaniny, neglecting the center of the field. I think this is a simple and easily preventable attacking plan as Roma defenders were able to reach the long-balls faster than Trabzonspor players. This might work in the Süper Lig, where the pace of the game is considerably slower, but not in international competitions.

If Trabzonspor wants to build a fluid and balanced game, they cannot neglect the opening passes starting from the goalkeeper. Moreover, the center of the game, Anastasios Bakasetas, Marek Hamsik and Berat Özdemir can easily adapt to such a plan. Without a proper build-up plan between goalkeeper Çakır and the central midfield, Trabzonspor can be a classic counterattacking team in Europe at best.

The most surprising issue, therefore, is that Avcı did not plan a centralized game, despite having a versatile player like Bakasetas. Trabzonspor does not utilize the running corridors in the center and from the center toward the wings. This centerless plan leaves Trabzonspor unable to keep possession in the offense. Since there is no central structure, the team cannot bring multiple men into the penalty area when the ball finally reaches the wings.

One last issue is when the ball goes to the opponent, Trabzonspor immediately switches to a five-man defensive line. It is very surprising that a team playing well with four defenders would switch to this formation. It’s surprising because the four-man backline was good enough to control the defensive zone last season. If you make it five, you reduce the defensive strength in the midfield. This weakness, in particular, allowed Roma to easily enter Trabzonspor's penalty area.

As far as I can see, the Trabzonspor coach is yet to to leave his mark on the team and the game yet. We'll have to wait and see if these problems are temporary or inherent in Avcı's new game plan.