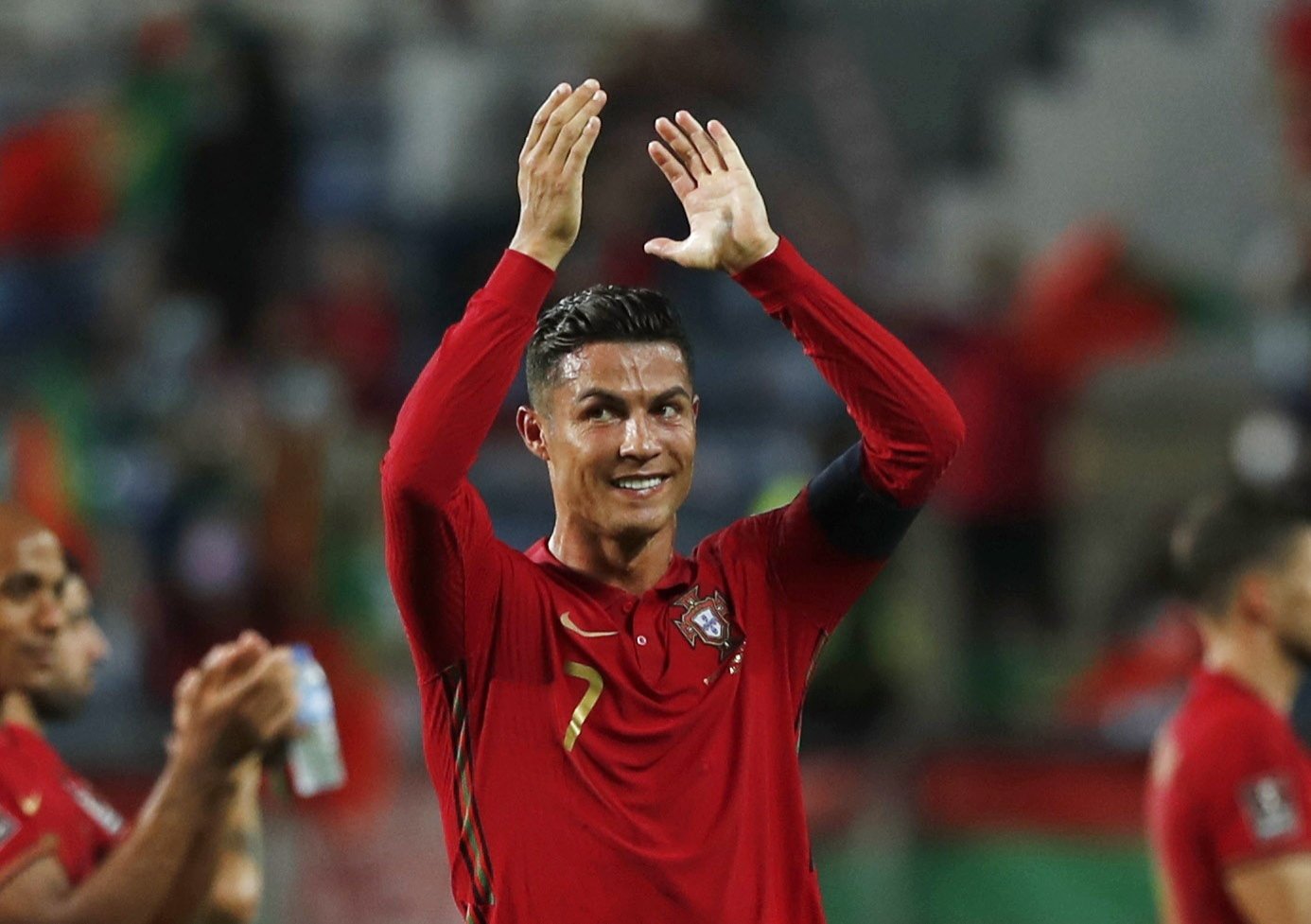 Cristiano Ronaldo made football history as the most successful national team scorer when he netted his 110th goal for Portugal Wednesday during a World Cup qualifier against Ireland.

The Portugal captain scored in the 89th minute, moving ahead of former Iranian striker Ali Daei.

He added a second – another header – minutes later in a 2-1 victory. Earlier in the game, he had a penalty saved in the 15th minute.

The 36-year-old Ronaldo, who finalized his return to Manchester United on Tuesday after leaving Juventus, was playing in his 180th game for Portugal.

The forward made his debut for the national team in 2003 and began his historic scoring run at the 2004 European Championship in a 2-1 loss to Greece in the group stage.

The only two men to net more than 100 times for their countries are Ronaldo and Daei, who scored 109 goals in 149 games for Iran from 1993-2006 and played for German clubs Bayern Munich and Hertha Berlin.

The most prolific scorer in international soccer is 38-year-old Christine Sinclair of Canada, who scored her 187th goal at the Tokyo Olympics where she won gold last month.

Ronaldo, whose only title with Portugal came at Euro 2016, was top scorer at this year's European Championship with five goals in four games but his team's title defense ended in the round of 16.

Ronaldo became the first player to score in five different editions of the continental tournament, taking his haul to 11 to overtake Michel Platini’s record of nine goals at Euros.

Ronaldo is also the top scorer in the history of the Champions League with 134 goals – 14 more than Lionel Messi, according to the UEFA.