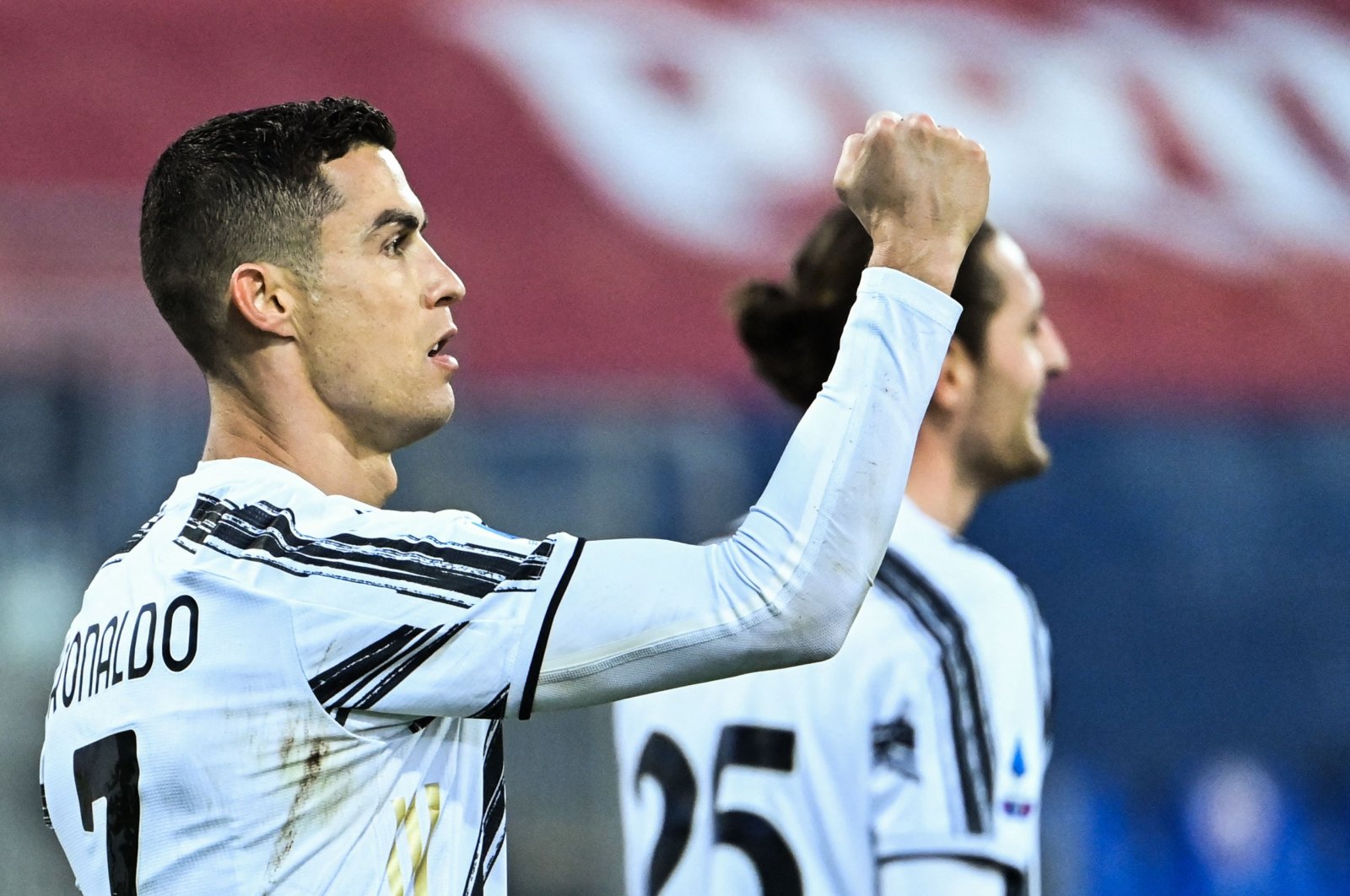 A fast hat trick for Cristiano Ronaldo still wasn’t enough for Juventus to close in on Serie A leader Inter Milan. Nine-time defending champion Juventus beat Cagliari 3-1 but remained 10 points behind Inter after the Nerazzurri snatched a 2-1 win at relegation-threatened Torino.

Juventus also faced a team fighting for survival and Ronaldo’s first-half hat trick set it on the way at Cagliari. It was the perfect response from Ronaldo to the criticism he had come in for after Juventus was knocked out of the Champions League by Porto in the round of 16 earlier in the week.

However, Ronaldo was somewhat fortunate not to get sent off a few minutes after heading in a corner for his first goal in the ninth minute. The Juventus forward went in high to meet Federico Chiesa's cross and caught Alessio Cragno in the face, leaving the Cagliari goalkeeper with a cut to the chin, but Ronaldo was shown just a yellow card.

The two clashed again in the 25th minute when Cragno tripped Ronaldo, who doubled his tally with a powerful penalty. Ronaldo completed his hat trick seven minutes later, controlling Chiesa’s cross and doing a little shimmy before curling into the far side of the net. It was a so-called perfect hat trick, as the Portugal forward scored with his head, right foot and left.

It was a 57th career hat trick for Ronaldo for club and country but only his second for Juventus. He also put three past Cagliari in January 2020. Giovanni Simeone netted a consolation for Cagliari in the second half.

In another stadium in Italy, Lautaro Martínez scored a late winner to help Inter move nine points above second-place AC Milan, which was playing Napoli later. Martínez netted five minutes from time after Antonio Sanabria had canceled out Romelu Lukaku’s opener from the penalty spot Torino remained two points from safety, although it has played fewer matches than the teams around it.

Inter dominated possession in Turin but struggled to carve out opportunities and didn’t have a shot on target in the first half. It was Torino that came closest to scoring first when Lyanco headed a free kick onto the right post and Lukaku had to clear off the line.

Inter broke the deadlock in the 62nd minute when Torino defender Armando Izzo clattered into Martínez and Lukaku drilled the resulting penalty into the bottom right corner for his 19th goal of the season. That seemed to give Inter confidence but Torino leveled against the run of play eight minutes later.

Inter goalkeeper Samir Handanović managed to parry Simone Zaza’s effort in a goalmouth scramble, following a corner, but Sanabria tapped in the rebound. Just as it appeared that Inter would have to settle for a point, Alexis Sánchez floated in a ball over the top for Martínez to head into the bottom right corner.

American teenager Bryan Reynolds made his debut for Roma when he was introduced on the hour mark. Roma remained two points below fourth-place Atalanta in the race for the Champions League qualifying spots. Parma moved to within three points of safety. Also, Bologna beat Sampdoria 3-1.