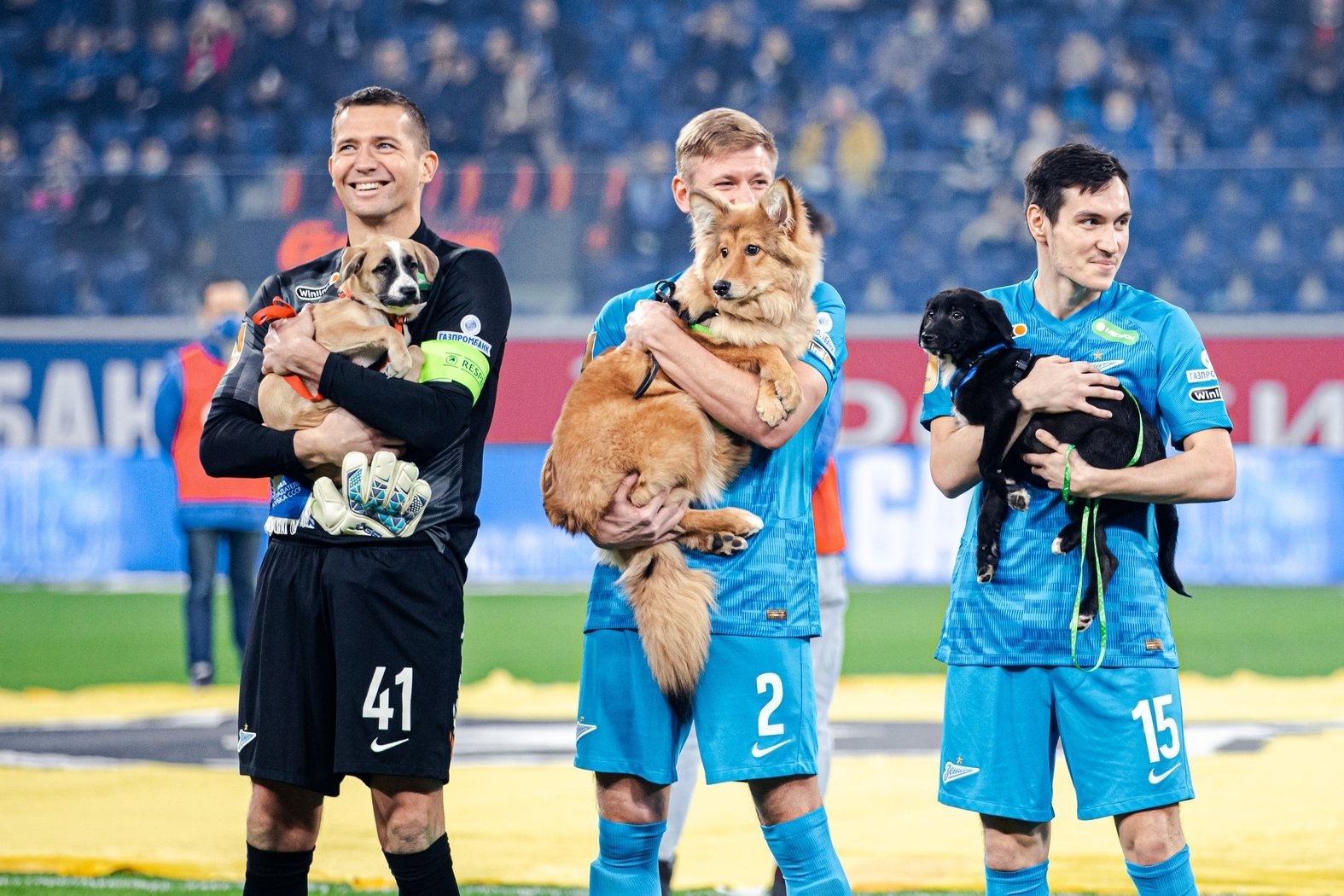 Russian football team Zenit’s players teamed up for a great idea to get dogs adopted from local shelters. Taking the field with dogs from shelters looking for a new home, Zenit won the hearts of everyone at the Rostov game played at Gazprom Arena Friday.

Before their Russian Premier League match against Rostov, Zenit players in blue walked out on the field carrying the dogs in their arms and showed them to the camera. The move of the players to raise awareness for adoption was greatly appreciated by the audience watching the game on television and those at the stadium.

Zenit players walked onto the pitch with dogs from local shelters to raise awareness for adoption (via @fczenit_en)pic.twitter.com/1JpanEDL84

The Football Club (FC) Zenit shared a video showing them carrying dogs on their Twitter account. In the video going viral across social media, the players were accompanied by 11 dogs looking for a new home. The match between the two teams ended 2-2.