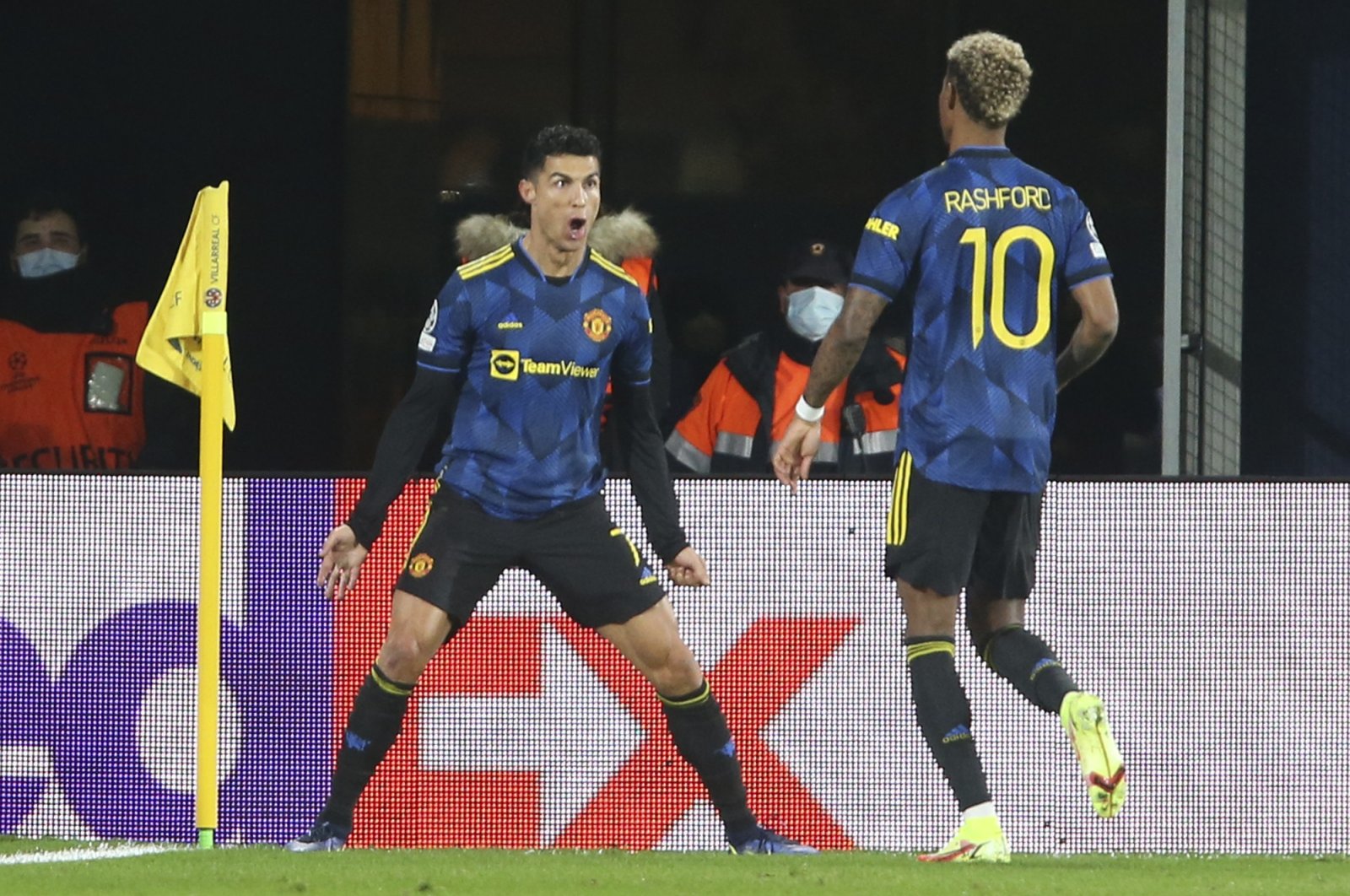 While Manchester United and Chelsea confirmed their tickets for the Champions League last 16, Spanish giant Barcelona's chances hang in the balance before a trip to Bayern Munich

A club in turmoil, playing under an interim boss and management looking for answers – none of this has any effect on Cristiano Ronaldo's performance on European football's biggest stage, the UEFA Champions League.

The Portuguese veteran was once again on the scoresheet as Manchester United booked its place in the last 16 with a 2-0 victory at Villarreal on Tuesday. The Red Devil's will be joined by current champion Chelsea who thumped Italian giant Juventus 4-0.

Three-time European champion United went into its first game since sacking Ole Gunnar Solskjaer at the weekend needing a win to confirm a top-two finish in Group F.

But it was under massive pressure as defeat would have left fate out of its own hands.

Jadon Sancho, so often a peripheral figure since his big-money move from Borussia Dortmund in the close season, capped a fine individual display with his first goal for the club late on.

"It's not an important result for me personally. It's an important one for the players and the club," said Carrick.

Ronaldo's goal was the 799th of his career, his 140th in the Champions League and his sixth in the competition this season.

The other qualification spot in the group remains up for grabs after Young Boys and Atalanta played out a thrilling 3-3 draw in Bern.

Late goals from Vincent Sierro and Silvan Hefti gave the Swiss champions a 3-2 lead, but Luis Muriel struck in the 88th minute for the visitors.

Atalanta faces a winner-takes-all match against Villarreal in Bergamo next month.

Chelsea romped into the last 16 and to the top of Group H with an impressive 4-0 thrashing of Juventus at Stamford Bridge.

Thomas Tuchel's men knew that qualification would be secured if they could avoid defeat or if Zenit St. Petersburg failed to beat Malmo.

The Blues dominated the early stages and took the lead through young defender Trevoh Chalobah's third goal of the season.

Chelsea's defenders were consistently a menace from set-pieces and Thiago Silva saw a header saved by Wojciech Szczesny early in the second period.

It was a defender who doubled Chelsea's lead in the 56th minute.

England right back Reece James hammered a fine volley into the bottom corner to net for the fifth time already this term.

There was still time for Timo Werner, making his first appearance since an injury layoff, to come off the bench and score in added time.

"We did really well, it is so tough to score goals against Juventus and we created so much," said Tuchel. "Full credit for an amazing performance and a fantastic result."

Zenit drew 1-1 with Malmo to secure a spot in the Europa League knockouts.

Barcelona was held to a goalless draw by Benfica at the Camp Nou in Xavi's second game as coach, but remains above the Portuguese side in Group E.

However, the Catalan club will have to beat Bayern Munich in Germany in its final group game to be sure of making the next round.

Barcelona endured a nervy first half which saw Gavi waste the only clear opportunity, blazing over from close range when Memphis Depay was waiting in the middle for a tap-in.

Xavi's men improved after the interval, though, with Frenkie de Jong's header forcing Benfica's keeper Odysseas Vlachodimos into a flying save.

But it was Benfica who almost took a huge step toward the last 16 deep into injury time, only for Haris Seferovic to shoot wide when he should have scored.

"We played well but there's a bitter aftertaste because we were here to win tonight," Barca defender Ronald Araujo told uefa.com.

"In front of our fans, our people – and now we simply must go and win in Munich."

The other game in Group E saw Bayern Munich wrap up the top spot with a 2-1 victory at Dynamo Kyiv.

Robert Lewandowski lit up a snowy evening in the Ukrainian capital by scoring a magnificent overhead kick, with Kingsley Coman also on the scoresheet for the six-time winners.

In Group G, Lille made Salzburg wait to reach the last 16 as Jonathan David scored a first-half winner in a 1-0 victory in France.

All four teams in the group can still go through after Sevilla saw off Wolfsburg 2-0.