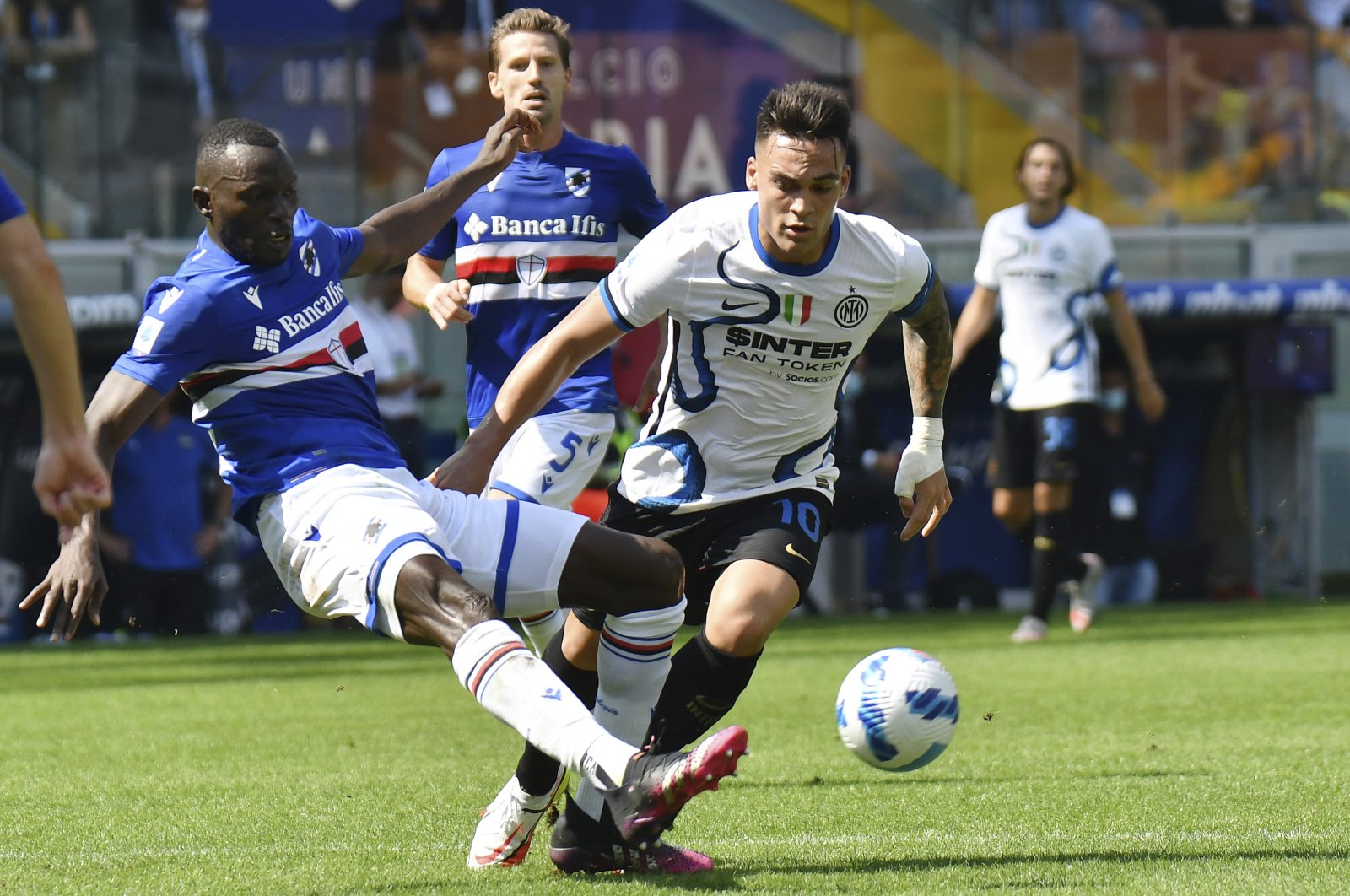 Minnow Sampdoria spoiled Serie A champion Inter Milan's perfect start to its Serie A title defense on Sunday, holding it to a 2-2 draw.

Milan is two points behind league leaders Napoli, who defeated a Juventus on Saturday, after failing to beat a spirited Samp side in Genoa following two wins in its opening two fixtures of the campaign.

Federico Dimarco and Lautaro Martinez twice put Simone Inzaghi's side ahead at the Stadio Luigi Ferraris but strikes from Maya Yoshida and Tommaso Augello earned a draw for Roberto D'Aversa's Sampdoria, who sit 13th with two points.

The draw for Inter means it can be overhauled by city rivals AC Milan and Lazio, who face off at the San Siro later Sunday, and Jose Mourinho's Roma who hosts Sassuolo in the day's late match.

Dimarco gave Inter the lead against the run of play in the 18th minute when the academy product lashed home a powerful free-kick, and Martinez almost doubled the away side's lead on the half-hour mark when his low shot was pushed away by Emil Audero.

Martinez did have his second goal of the season just before the break thanks to brilliant play from Italy midfielder Nicolo Barella, whose pinpoint cross was expertly volleyed home by the Argentina forward.

However, Augello earned Samp a point with a special volley of his own almost straight after half-time when he met Bartosz Bereszynski's cross with a powerful left-footed strike that left Handanovic motionless.

Inter had good chances to take the points through Edin Dzeko, Hakan Çalhanoğlu and Joaquin Correa but it was Samp who came closest to snatching a win with 15 minutes left.

Mikkel Damsgaard managed to sneak behind the Inter defense and let off a low shot that beat Handanovic, but just as it looked to be crossing the line Danilo D'Ambrosio rushed back to clear the ball away and save his team's blushes.

Inter host Real Madrid at the San Siro on Wednesday in their first Champions League group match of the season.

Earlier Saturday, Napoli beat a failing Juventus side 2-1 and Venezia got its first points of the season after running out 2-1 winners at fellow promoted team Empoli.