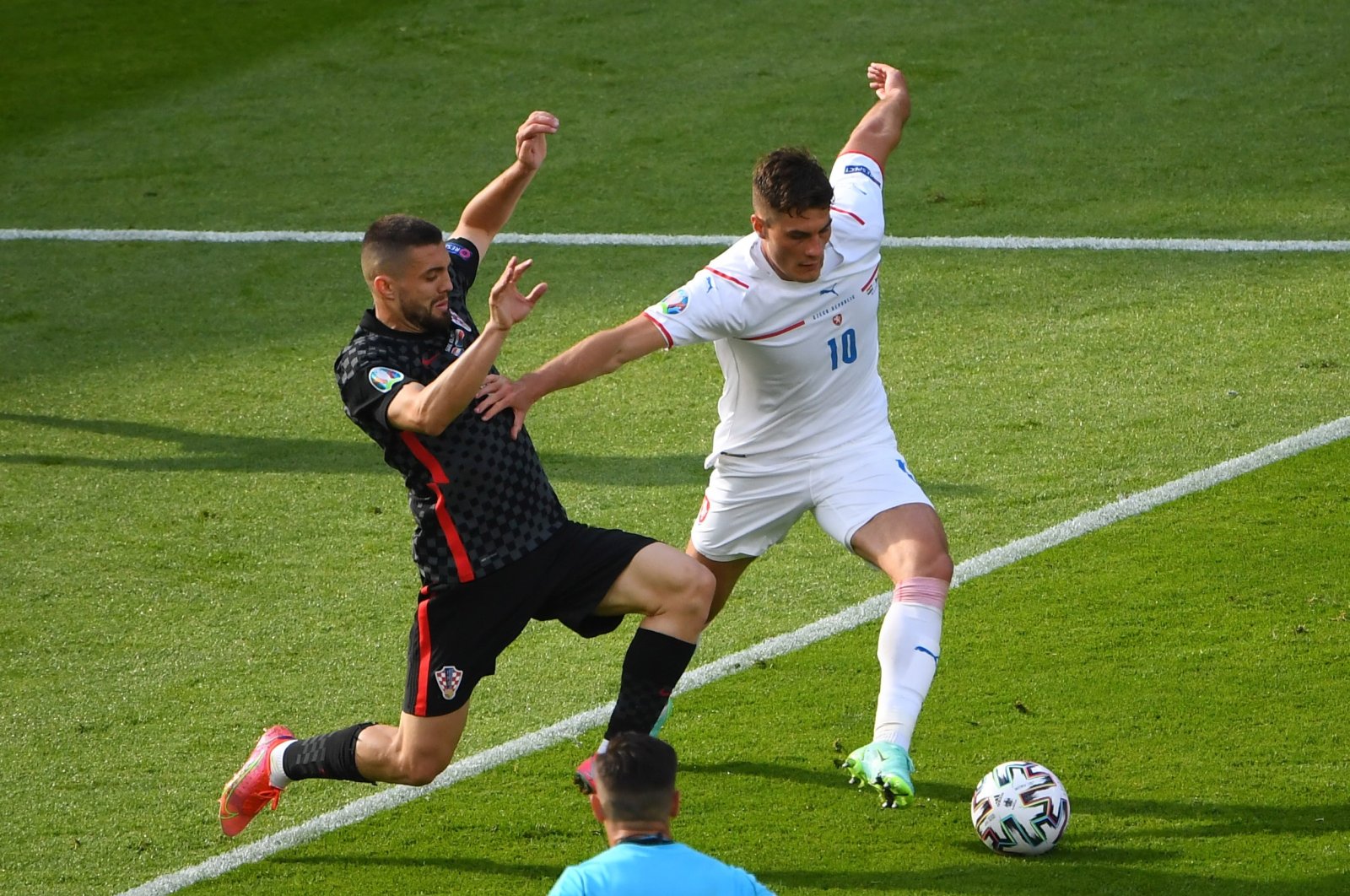 It was another day another goal for the Czech Republic's prolific striker Patrik Schick, albeit from the penalty spot as his solitary name on the scoresheet won his national team a draw and a point against World Cup finalist Croatia in the heated competition of Euro 2020.

With blood still dripping from his nose, Schick stepped up to the penalty spot and scored his tournament-leading third goal.

Ivan Perišić then made sure to keep Croatia alive at the European Championship.

The two sides ended up drawing 1-1 on Friday, giving both teams a chance to advance to the round of 16 from their final Group D matches on Tuesday.

Schick was awarded the penalty after being elbowed in the face by Croatia defender Dejan Lovren while both challenged for the ball in the air. The referee awarded the spot-kick after a video review and gave a yellow card to Lovren. The Croatians argued that it was accidental contact.

Schick wasn't bothered by the blood or the arguments, slamming the ball into the left corner in the 37th minute.

But he said the knock left him "quite shaken."

"I thought I was hit by an elbow but was not sure about it," Schick said. "It wasn't a pleasant feeling."

"It's an exception to the rule and it doesn't happen very often," Šilhavý said. "When I saw Patrik Schick, he seemed very determined. Our teammates were screaming to the kit man, 'Get him a clean shirt, he wants to take the penalty.' I just believe in him."

Croatia coach Zlatko Dalić, who had promised a much more attacking team after the loss to England, made a double substitution at the start of the second half.

It worked for a few moments anyway.

Andrej Kramarić won the ball in midfield and released Perišić, who skipped past right back Vladimír Coufal and volleyed past Czech Republic goalkeeper Tomáš Vaclík.

Coufal had stumbled, allowing Perišić a clear sight of the goal.

"It's a pity," Coufal said. "I think that if I hadn't slipped I would have blocked Perišić. I took the wrong boots for the second half."

Šilhavý said he doesn't check what boots the players put on.

"It's their responsibility which cleats they chose," he said. "But we will speak about it. He did change his boots eventually, but he knows that he chose the wrong ones."

The Czech Republic now has four points in the group, while Croatia has one from its two matches after losing to England 1-0 on Sunday.

"It's a very valuable point from a game against a strong opponent," Šilhavý said.

Croatia played better against the Czechs than they did against England, but the team still lacks the spark that took it to the 2018 World Cup final.

"We need energy," Dalić said. "We are struggling, we looked better after the break, but that was not enough for our win.

"It will be difficult against Scotland, but this is the Euros, every match is difficult," the coach said. "We still keep everything in our hands and we will try to be better and win in the last match."

The Croats will next face Scotland on Tuesday at Hampden Park, needing a win. The Czechs will play England at Wembley Stadium.

"There is a bitter taste after this match, as we didn't win," Croatia captain Luka Modrić said. "We entered the match really disorganized, but then we looked better in the second half.

"We scored that goal and we could have scored even more, but unfortunately we didn't win," he said. "Now, we have to defeat Scotland to go through."