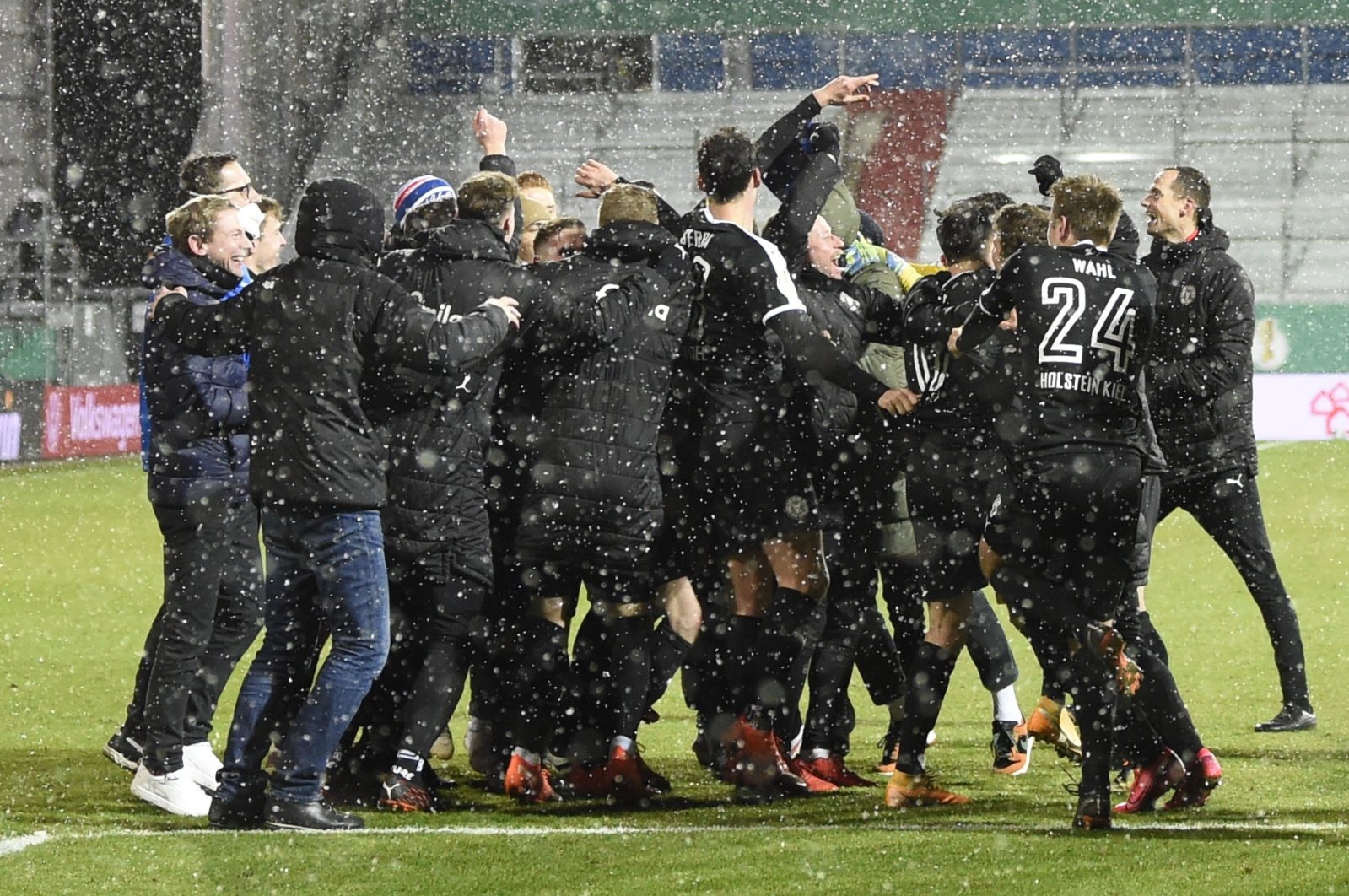 Bayern Munich was knocked out in the second round of the German Cup for the first time in 20 years after losing a penalty shootout to second-division team Holstein Kiel on Wednesday.

Bayern led twice but allowed Kiel to equalize for a second time and make it 2-2 in the 90th minute. After extra time, Fin Bartels converted the winning penalty to give Kiel a 6-5 win in the shootout.

“It’s something that will be remembered for years,” Kiel’s 32-year-old coach Ole Werner said of his team’s upset win.

It's the first time since 2004 that Bayern, a record 20-time Cup winner, lost to a lower-tier team in the competition. And after losing just one game during all of 2020 — winning three titles along the way — Bayern has now lost two of its three matches in 2021.

It also lost to Borussia Monchengladbach in the Bundesliga last Friday.

Bartels converted the winning penalty after Bayern midfielder Marc Roca saw his spot kick saved by Kiel goalkeeper Ioannis Gelios. The Spanish midfielder was the only player to miss a penalty in the shootout.

“I've never been knocked out so early,” said Bayern forward Thomas Müller, who has won the competition six times.

Bayern had been bidding to reach the third round for the 20th year in succession. Instead, Kiel will go on to play second division rival Darmstadt.

It was Bayern coach Hansi Flick’s first loss in the competition.

“We have to make sure that we get back on track,” said Flick, whose team has been beset by recurring defensive problems lately.

The teams had been due to play in December but the game was put back to give Bayern more time to cope with its busy schedule. Kiel is third in Germany’s second division after a draw with St. Pauli and loss to Osnabrück in its last two games.

Flick started with star striker Robert Lewandowski on the bench. But Serge Gnabry, who was back from a shin injury, opened the scoring in the 14th minute when Gelios deflected Thomas Müller’s header to the Bayern forward’s feet.

However, TV replays showed Gnabry was offside when Müller knocked the ball forward. VAR will only come into operation in the next round.

Gnabry went close again in the 26th before Bartels equalized against the run of play in the 37th. Jannik Dehm split the Bayern defense with a through ball and Bartels stayed cool before shooting past Manuel Neuer.

Leroy Sané restored the visitors’ lead with a perfect free kick inside the right post in the 48th, but Bayern was then frustrated by the home side’s committed and well-organized defense.

Gelios did brilliantly to push Jamal Musiala’s effort onto the post and Finn Porath missed a good chance for Kiel at the other end.

Heavy snow had started falling when Hauke Wahl headed in Kiel’s equalizer deep in injury time with the last touch of the ball before the referee blew for extra time.

The Kiel players struggled through the added period but earned the penalty shootout with some dogged defending.

“You can’t accuse us of giving the win away,” Müller said.

Lewandowski got Bayern off to a successful start and neither side missed until Gelios saved Roca’s effort. Bartels did the rest and wheeled away in celebration.