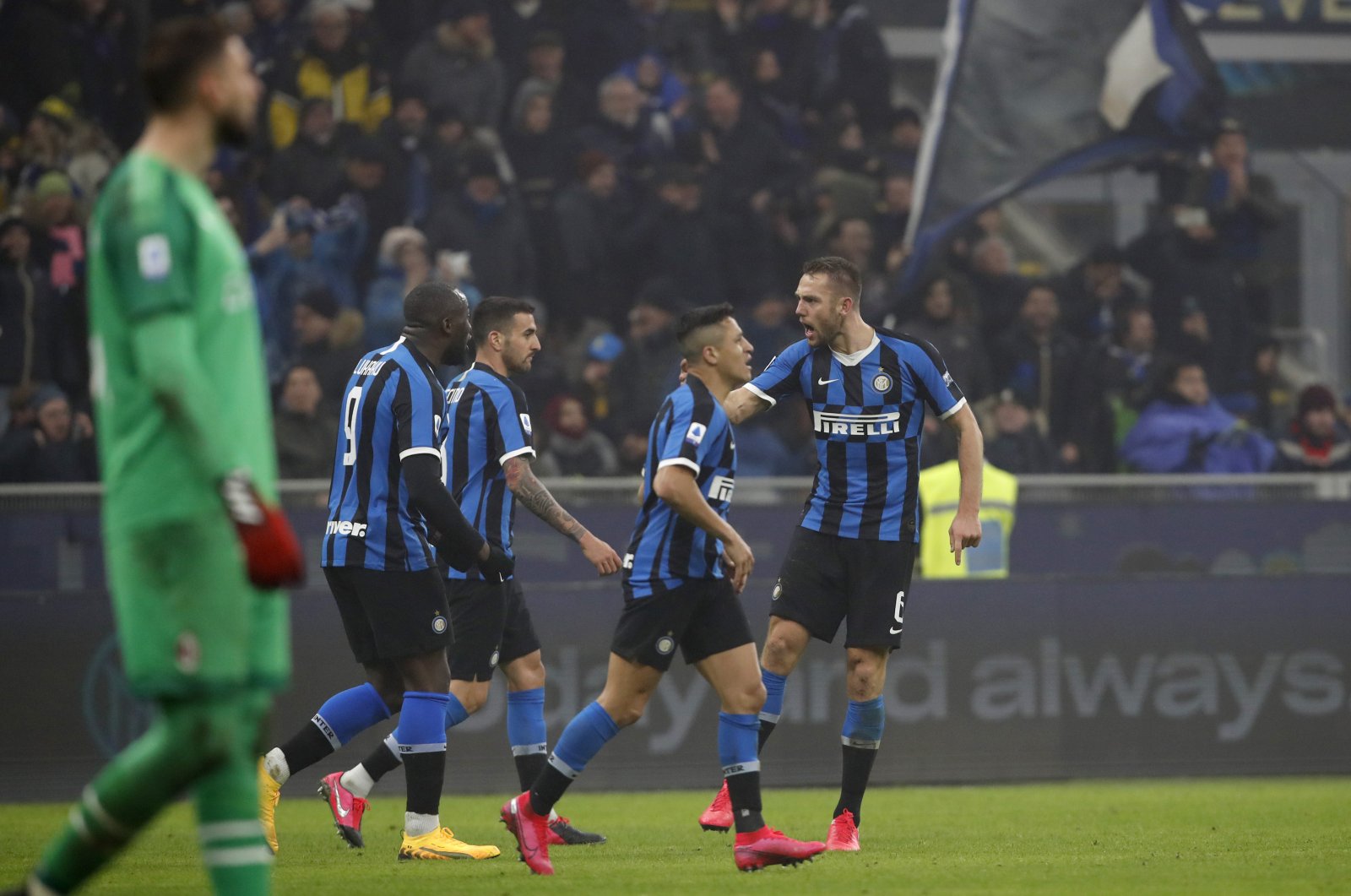 All 20 clubs in Italy's Serie A voted in a favor of restarting the season on June 13 in empty stadiums after a general assembly on Wednesday. The decision, however, is subject to government approval.

Italy's Serie A clubs said on Wednesday they want to return to competition on June 13 if they get the all-clear from the government.

"Regarding the resumption of sports activities and in compliance with government decisions and in accordance with medical protocols for the protection of players the date of June 13 for the resumption of the championship has been indicated," Lega Serie A said in a statement.

Sport in Italy has been suspended since March 9 amid the coronavirus pandemic that has killed over 31,000 people in the country.

All 20 top-flight clubs had already voted unanimously to finish the campaign but this is the first time a date has been set for a return.

"(Gravina) informed me that the federation had followed all the recommendations of the Technical and Scientific Committee and had readjusted its protocol, thus allowing the resumption without the further difficulty of collective training from May 18," Spadafora said.

Italian teams returned to individual training on May 4 after a two-month lockdown, with group sessions now set for next Monday under very strict conditions.

There has been much debate over the quarantine period after a positive test, with government scientists seeking a two-week isolation period for those who have been in contact with an infected person.

Italian football chiefs have pushed back the end of the season to Aug. 2, allowing time for the latter stages of the Champions League and Europa League to be played later in the month.

If football returned on June 13 it would leave room to play the Italian Cup semifinals, second leg and the final.

There are 12 league games left to play for most teams with eight teams having 13 to play.

Spadafora has warned the government will be taking a cautious approach, and competition will only resume when "the safety of all" is guaranteed.

"If the championship resumes, as we all hope, it will be because we'll have taken the appropriate measures and protocols to resume in complete safety, for all," Spadafora told the Italian Senate earlier Wednesday.

France and the Netherlands have ended their seasons but Germany's Bundesliga got the green light to restart behind closed doors from this weekend.

And Spadafora pointed out that in Germany, the entire squad of second-tier Dynamo Dresden had been placed under quarantine and testing uncovered new coronavirus cases.

"Someone asked why a supermarket does not close if the cashier is positive while if a player is, the whole team is sent to quarantine," said Spadafora.

"Because in football it is not possible to keep a distance with players having to run and mark each other, which does not happen in the supermarket.

"Football is by nature a sport where you cannot maintain distances. Players must run, score, find themselves in the penalty area."

"I'm aware of the passion surrounding football and the importance of the sector, but I find the debate around football at a time like this excessive," Spadafora added.

Juventus is leading Serie A, one point ahead of Lazio, as it targets a ninth consecutive Scudetto.