Serie A commits to finishing season after virus lockdown 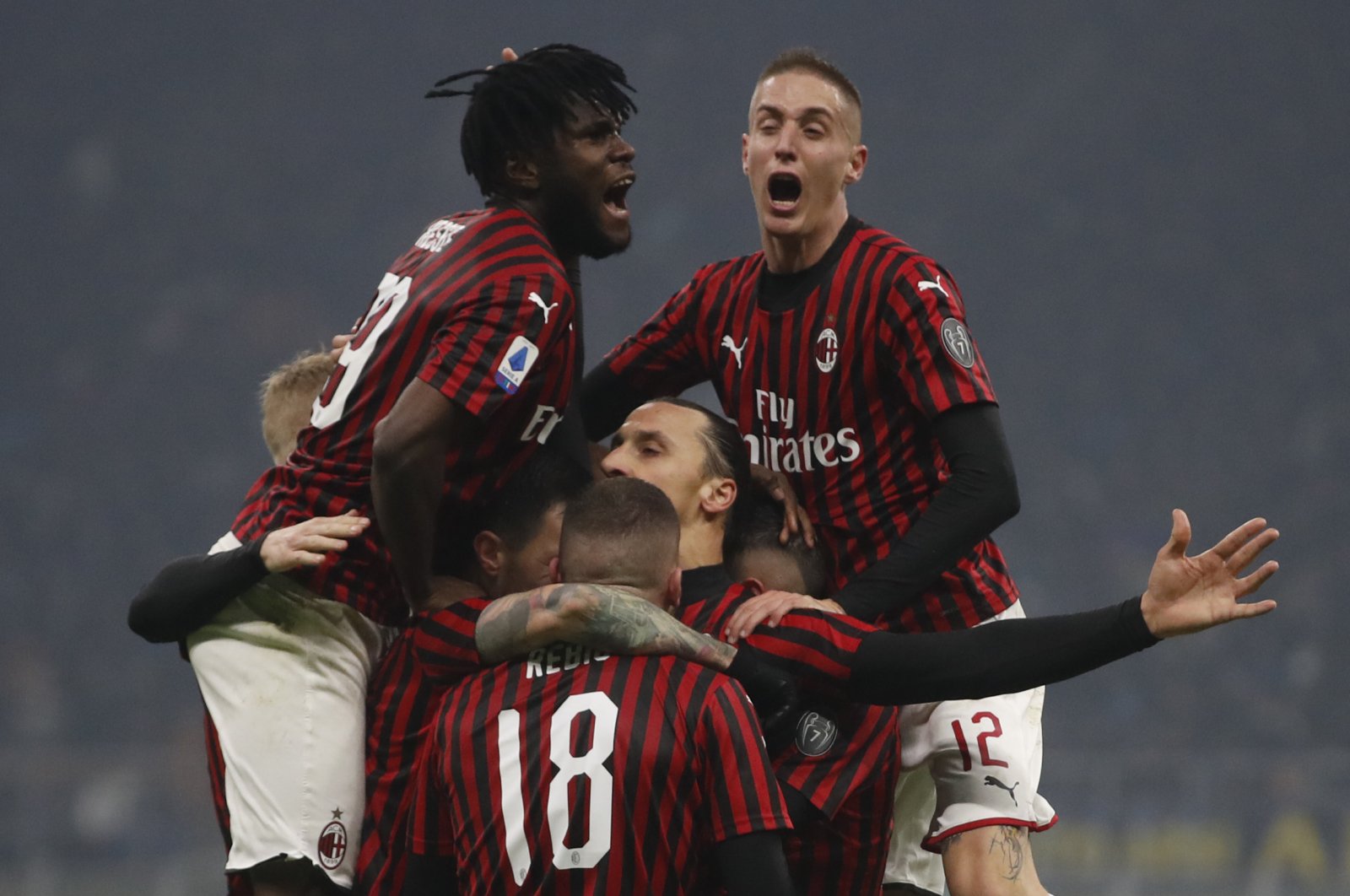 AC Milan's Zlatan Ibrahimovic (C) celebrates with his teammates after scoring his side's second goal during the Serie A match against Inter Milan, in Milan, Italy, Feb. 9, 2020. (AP Photo)
by Compiled from Wire Services Apr 21, 2020 11:38 am
RECOMMENDED

Serie A insisted Monday that it was committed to finishing the season despite reports seven clubs were against a return to action as the coronavirus pandemic continues to afflict Italy.

"The Lega Serie A Council that met today unanimously confirmed its intention to complete the 2019-2020 season, if the government allows it to take place," Italy's top-flight said in a statement

It added that any resumption will take place "in accordance with regulations laid out by FIFA and UEFA" and the Italian Football Federation (FIGC) and "in compliance with medical protocols to protect the players."

However, Brescia, Torino, Sampdoria, Udinese, SPAL, Genoa and Sardinian outfit Cagliari do not want to play because of the "incalculable risk" of restarting, according to reports in Italy.

Six of those clubs are situated in the north of Italy which has been hardest hit by the coronavirus that has killed over 24,000 people in the country.

No football has been played in Italy since March 9 with the current lockdown measures in the country was extended to May 3.

Sports Minister Vincenzo Spadafora will meet with FIGC officials midweek but warned he was not sure that Serie A teams can even resume training.

"I am not giving any assurances for the start of the championship or training on May 4, if the conditions for the country do not exist beforehand," Spadafora told Tg2 Post.

"Sport is not just football and it is not only Serie A," he added.

"I will evaluate very carefully, but this must not create the illusion that resuming training means resuming the championship."

Tavana was appointed to the commission to help formulate the protocol for the resumption of football.