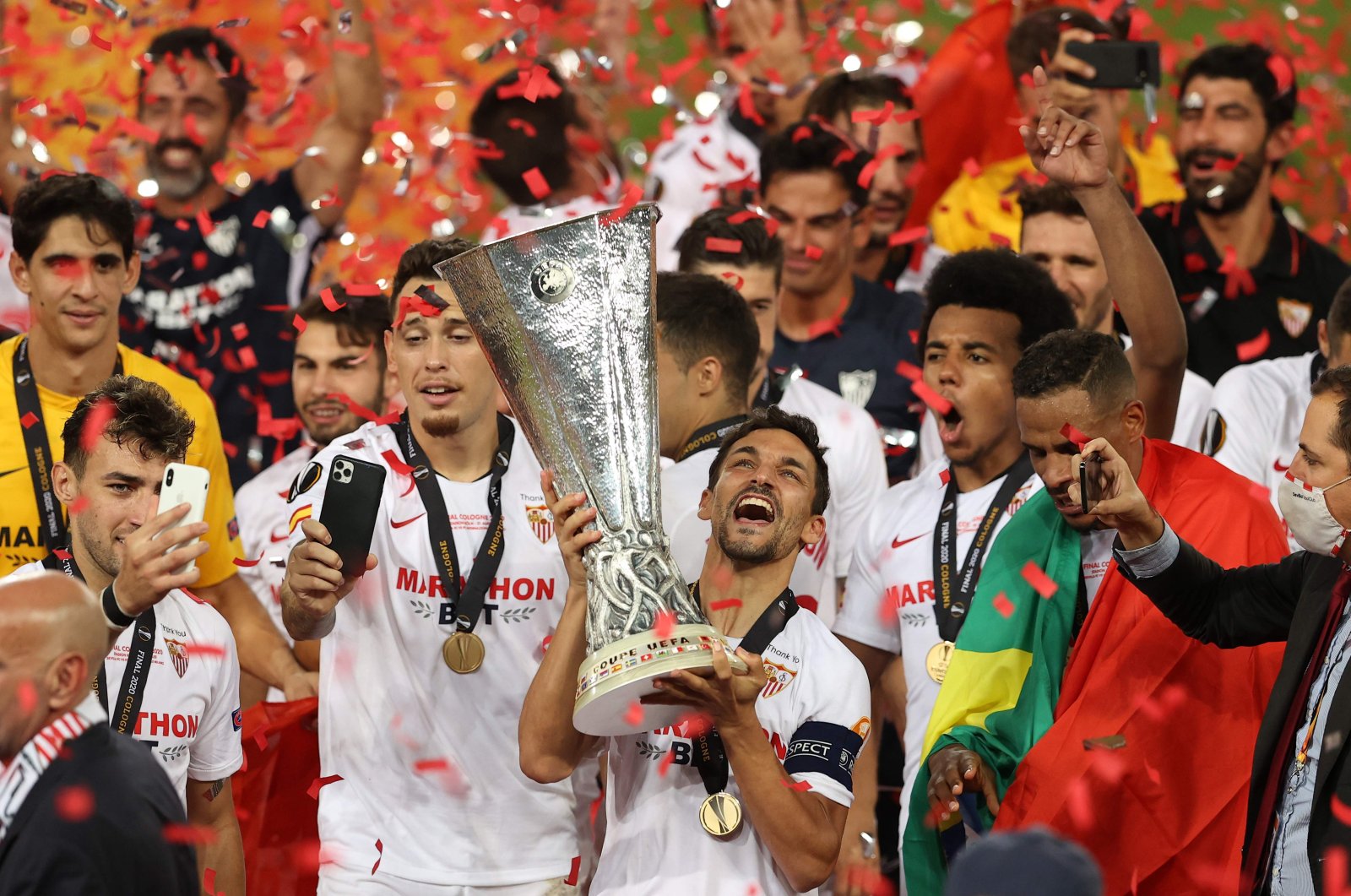 Sevilla won the Europa League for a record-extending sixth time thanks to Romelu Lukaku's own goal earning a thrilling 3-2 win over Inter Milan in Cologne.

Lukaku turned Diego Carlos' overhead kick into his own net in the 74th minute in what was a just about deserved triumph for coach Julen Lopetegui's side.

Sevilla had led 2-1 in the first half from Luuk de Jong's brace of headers after Lukaku opened the scoring with a fifth minute penalty. Inter defender Diego Godin equalized to cap a thrilling start to the final.

The second period was a cagier affair with Lukaku the decisive figure.

Just before his unfortunate defensive intervention he missed a one-on-one with Sevilla keeper Yassine Bounou as Inter's nine-year trophy drought was extended.