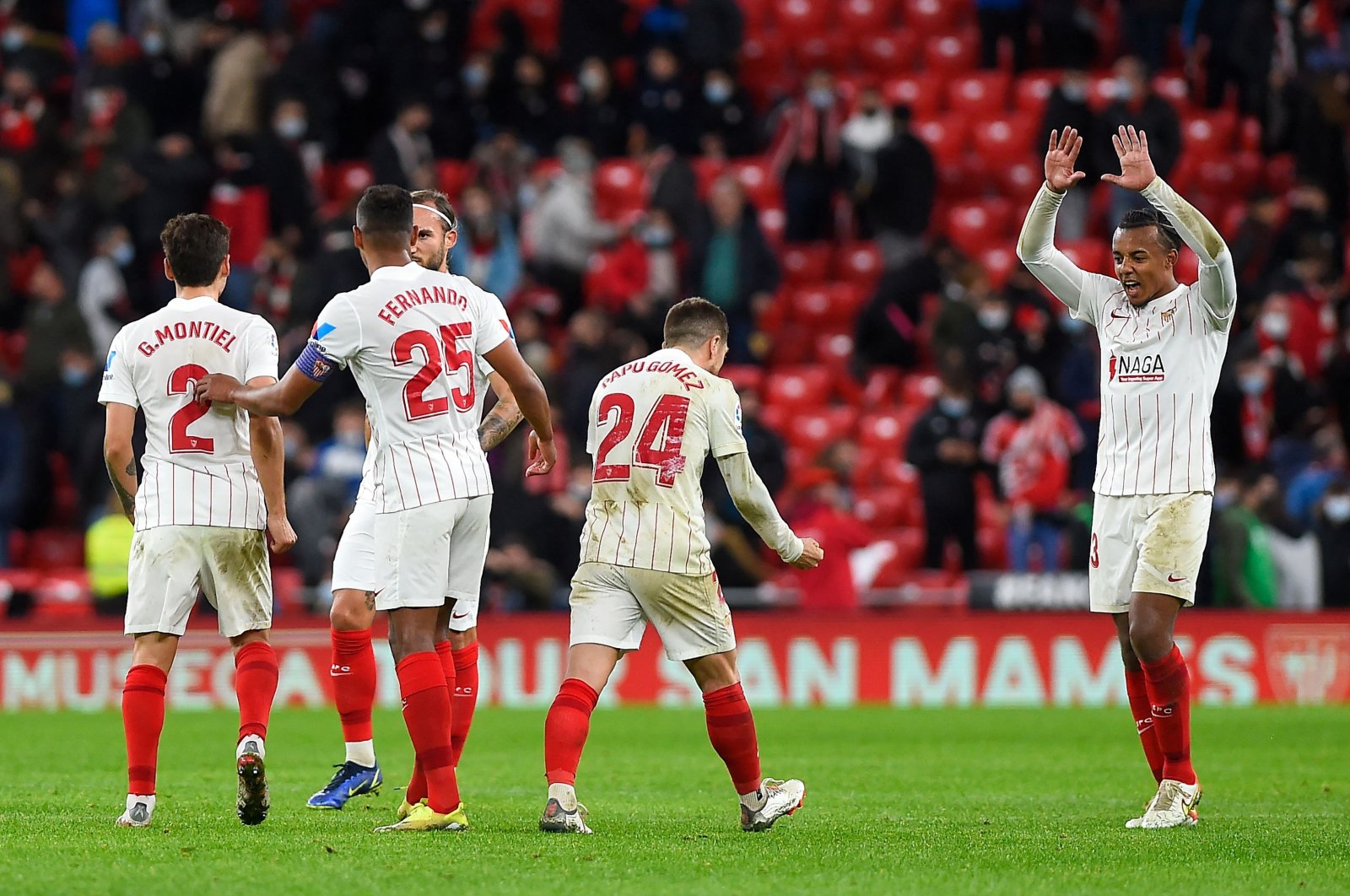 Sevilla has emerged as a serious contender for top honors in La Liga. On Saturday, they will have a chance to prove that they are a worthy opponent to title holder Real Madrid when they take on defending champion Atletico Madrid.

Atletico's defeat last weekend in the Madrid derby leaves them 13 points off the top but Sevilla in second is at least slightly closer, sitting eight points behind the leaders with a game in hand. Neither side can afford to be cast further adrift at the Ramon Sanchez Pizjuan stadium, especially as even a COVID-depleted Real Madrid will be expected to win again at home to Cadiz on Sunday. Sevilla's lofty position is no fluke after they pushed Atletico, Real Madrid and Barcelona hard for the title last season, only to fall away with five games to go. They also won the Europa League in 2020 under Julen Lopetegui, who is now targeting a third consecutive top-four finish, which would be a first for the club in more than half a century. The question though is whether Sevilla can now take the next step and start beating the best teams to the biggest trophies.

In the Champions League, they have already been found wanting, after finishing third in a group they might have been expected to win. Instead, one victory in six matches against Lille, Salzburg and Wolfsburg meant they failed to make the last 16. The result is a return to the Europa League, where they will be among the favorites to regain the trophy they lifted 18 months ago. But a more accurate gauge of progress will come in La Liga, where they have a realistic chance, if not of overhauling Real Madrid, of being their main rivals in the second half of the season.

Madrid's reliance on a narrow core of players, not to mention their own focus on the Champions League, could even offer their closest challengers hope in the coming weeks.

To be in contention, Sevilla will have to find a breakthrough against the leading lights in the division, against whom they have traditionally struggled. Last season, they won only one of their six league games against the top three and this season, they have already lost to Real Madrid, with Atletico to come on Saturday and Barcelona next week. And while Sevilla currently boasts the best defense in La Liga, having conceded just 11 goals from their opening 16 games, doubts remain about their potency in attack. They have scored 13 fewer goals than Real Madrid and Rafa Mir, their top scorer on five, is only the 10th highest scorer in Spain. Youssef En-Nesyri was a revelation last season but has seen this one disrupted by injury. Sevilla needed extra-time and penalties to beat Andratx from Spain's fourth tier in the Copa del Rey on Wednesday, with Atletico and Barca up next before La Liga's Christmas break.

Given the rising number of COVID cases and the chaos caused by postponed games in the Premier League in England, La Liga might be relieved to have the upcoming stoppage. Real Madrid has been hit hard, with the club confirming this week that Marcelo, Luka Modric, Marco Asensio, Gareth Bale, Rodrygo and Andriy Lunin had all tested positive ahead of Sunday's game against Cadiz.

Barcelona, who are eighth, will be looking to kickstart their pursuit of the top four on Saturday when they face Elche at Camp Nou while Real Sociedad, in fifth, play at home to Villarreal, in 13th.