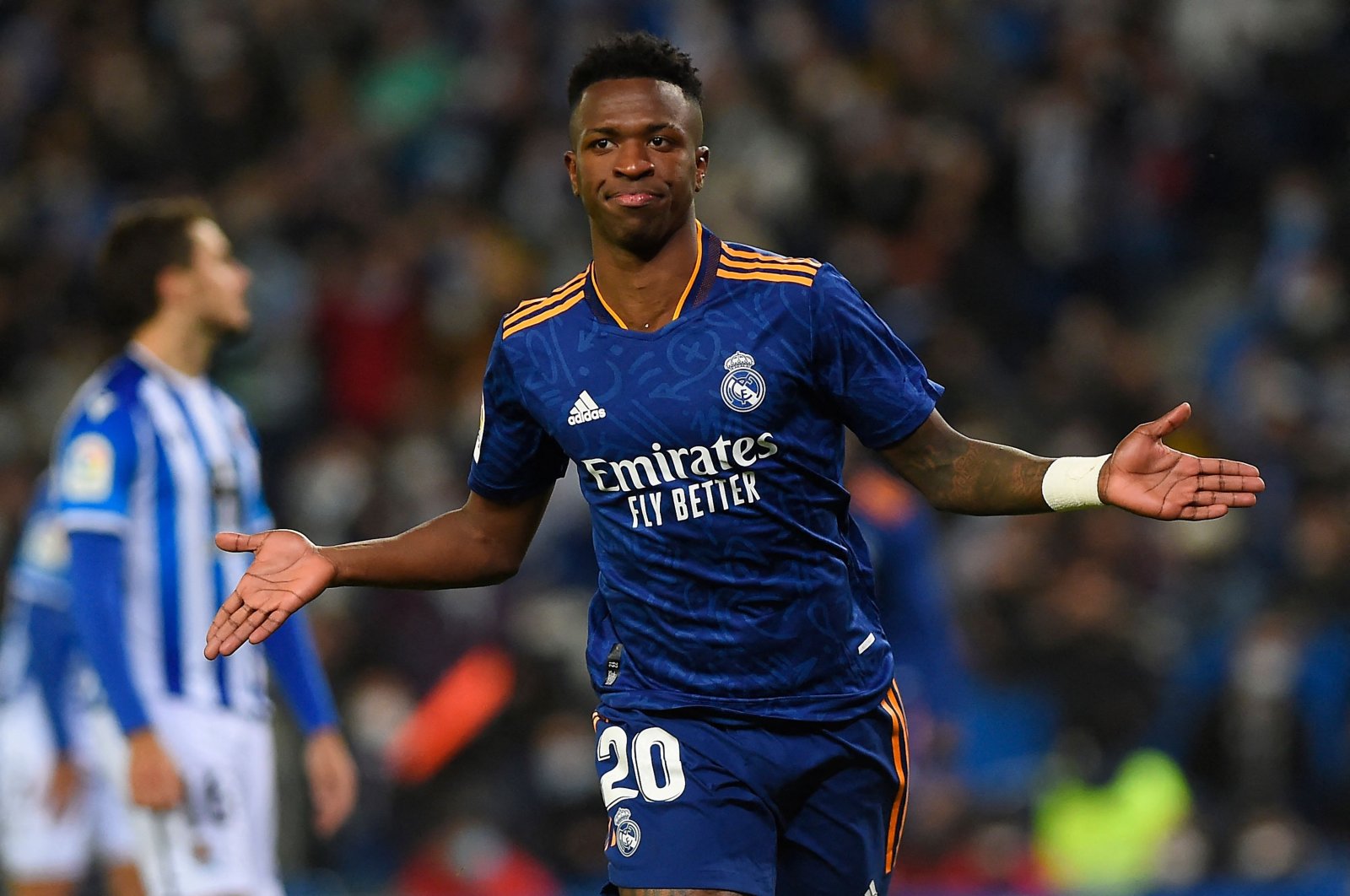 La Liga’s runaway leader Real hosts Atletico in a fiery Madrid derby on Sunday, with the former aiming to seal the title early in the season, while the latter tries to revive its trophy chances

Carlo Ancelotti was adamant Real Madrid had not sewn up the La Liga title yet, but if his side defeats Atletico Madrid on Sunday it might not be far away.

Madrid is 10 points clear of Atletico heading into the derby at the Santiago Bernabeu, with the chance to extend the gap to 13 points, two weeks before Christmas.

Atletico will play a game in hand away at Granada on Dec. 22, which could allow it to reduce the deficit, although a trip to Sevilla in between means the gap might also widen.

Sevilla and Real Betis are closer, with Sevilla eight points behind Madrid, also with a game in hand, to be played at home to Barcelona on Dec. 21.

But most believe Atletico has the best chance of reeling Real Madrid in, as the reigning champion showed last season it has the resilience, particularly in the big games, that Sevilla has lacked.

Sevilla still misses some cutting edge up front and it will also have the Europa League to negotiate in the second half of the season, a competition the club has made its own in recent years and is likely to go far in again.

Betis is flying and deservedly sit third on the back of its win over Barcelona at Camp Nou last weekend but a top-four finish would be a triumph for Manuel Pellegrini's side. Few expect them to last the distance in the title race.

Real Sociedad has dropped off, without a victory now in three, while Barcelona in seventh is 16 points off the pace. Even having played a game fewer than Real Madrid, it would take a revival of epic proportions for Barca to overhaul Ancelotti's team from here.

"We have an advantage but the league is still open," said Ancelotti on Saturday. "We can't think now about winning La Liga, I don't want anyone to think like this."

When Madrid followed up a goalless draw against Villarreal with a 2-1 defeat by Espanyol at the start of October, the title race appeared thrillingly open, with the top five separated by three points and all of the chief candidates seemingly fallible.

Madrid responded by winning 2-1 away at Barcelona, for the start of an 11-match unbeaten run in all competitions, that has included 10 victories and only six goals conceded.

The 21-year-old Vinicius Junior has been a revelation up front while the return of Ferland Mendy at left-back has been integral to improvement in defense. Madrid is yet to lose a game this season with Mendy on the pitch.

Ancelotti has found a winning formula too, one he has stuck to rigidly in recent weeks in terms of both system and personnel.

The experienced trio of Luka Modric, Casemiro and Toni Kroos has been rinsed and repeated in a familiar 4-3-3, with David Alaba and Eder Militao forming an accomplished partnership at the back.

The only spot up for grabs has been the third of the front three next to Karim Benzema and Vinicius, which has been swapped between Marco Asensio and Rodrygo. Gareth Bale is regaining fitness and Eden Hazard is out of favor.

Ancelotti's refusal to rotate might come back to haunt him later in the season, with Benzema's availability for the derby in doubt after he was injured against Real Sociedad last weekend, in his 19th start out of a possible 20 this term.

Benzema missed the win over Inter Milan on Tuesday but Ancelotti was optimistic he would recover in time. If not, Luka Jovic will likely continue in his place. "We have a few days to see if Karim recovers, I think he will," said Ancelotti.

Even if Madrid suffers the effects of fatigue or absentees in the second half of the season, it might well have the cushion to cope. Atletico, which has lost two out of their last four in the league, cannot afford to slip further away.

Barcelona will be attempting to overcome the disappointment of dropping out of the Champions League on Sunday when it travels to Osasuna while a battle of the surprise contenders sees Betis host Real Sociedad. On Saturday, Sevilla visits Athletic Bilbao.