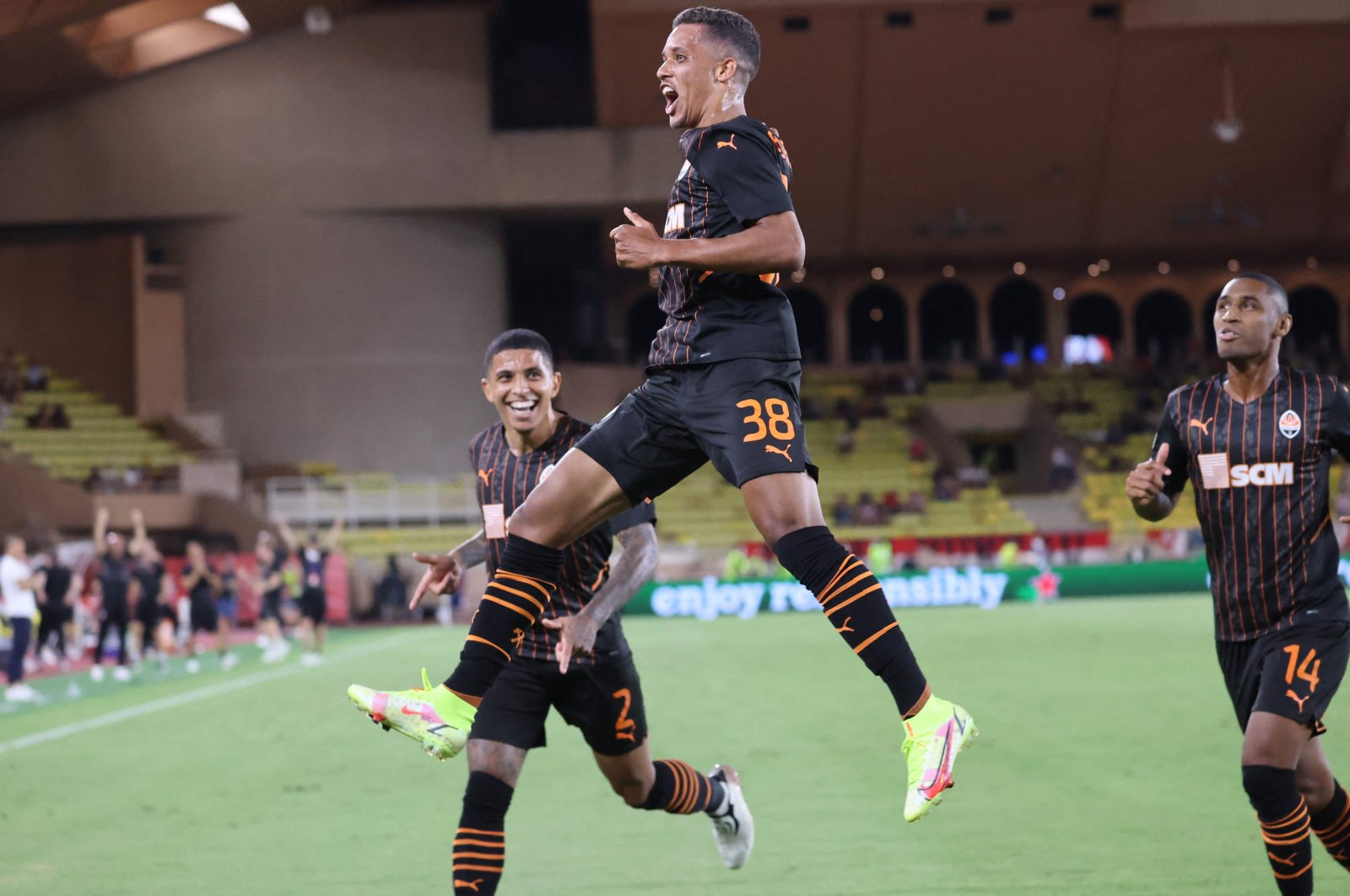 Shakhtar Donetsk midfielder Pedrinho's solitary strike was enough to give his side a first-leg 1-0 advantage over Monaco in the Champions League play-off round Tuesday.

The Brazilian playmaker joined Shakhtar from Benfica last month and scored the winner with a sublime first-half finish in the principality.

"We had an extraordinary 25 minutes. Then we lost the ball which gave our opponents hope," Shakhtar coach Roberto De Zerbi said.

"The objective now is to play 90 minutes like we did for the first 25."

The 23-year-old Pedrinho, who signed for the Ukrainians for 18 million euros ($21 million), repaid the faith shown in him by De Zerbi in the 19th minute.

He picked up the ball on the edge of the box and dribbled past three defenders before coolly finishing past goalkeeper Radoslaw Majecki with his weaker right foot.

The hosts had two good chances to draw level before the break but captain Wissam Ben Yedder and midfielder Aurelien Tchouameni failed to beat Anatolii Trubin.

Trubin, 20, who was an unused member of Ukraine's Euro 2020 squad, was kept busy in the second half but kept out efforts by winger Aleksandr Golovin, Ben Yedder and substitute Myron Boadu.

"Trubin, who is very young, played very well, like everybody else," De Zerbi said.

"If not, it would not have been possible to win in Monaco."

Monaco coach Niko Kovac remained positive after the defeat as it eyes a first group stage appearance since losing five of its six games in 2018/2019.

"We didn't play the first 20 (minutes) as we wanted to do. We lost the ball too easily, it's the main issue," Kovac said.

"We can't give up on our dream. There is no reason not to believe. We had chances tonight."

Elsewhere, American attacking midfielder Brenden Aaronson scored in the 90th minute as Salzburg came from behind to beat Brondby 2-1.