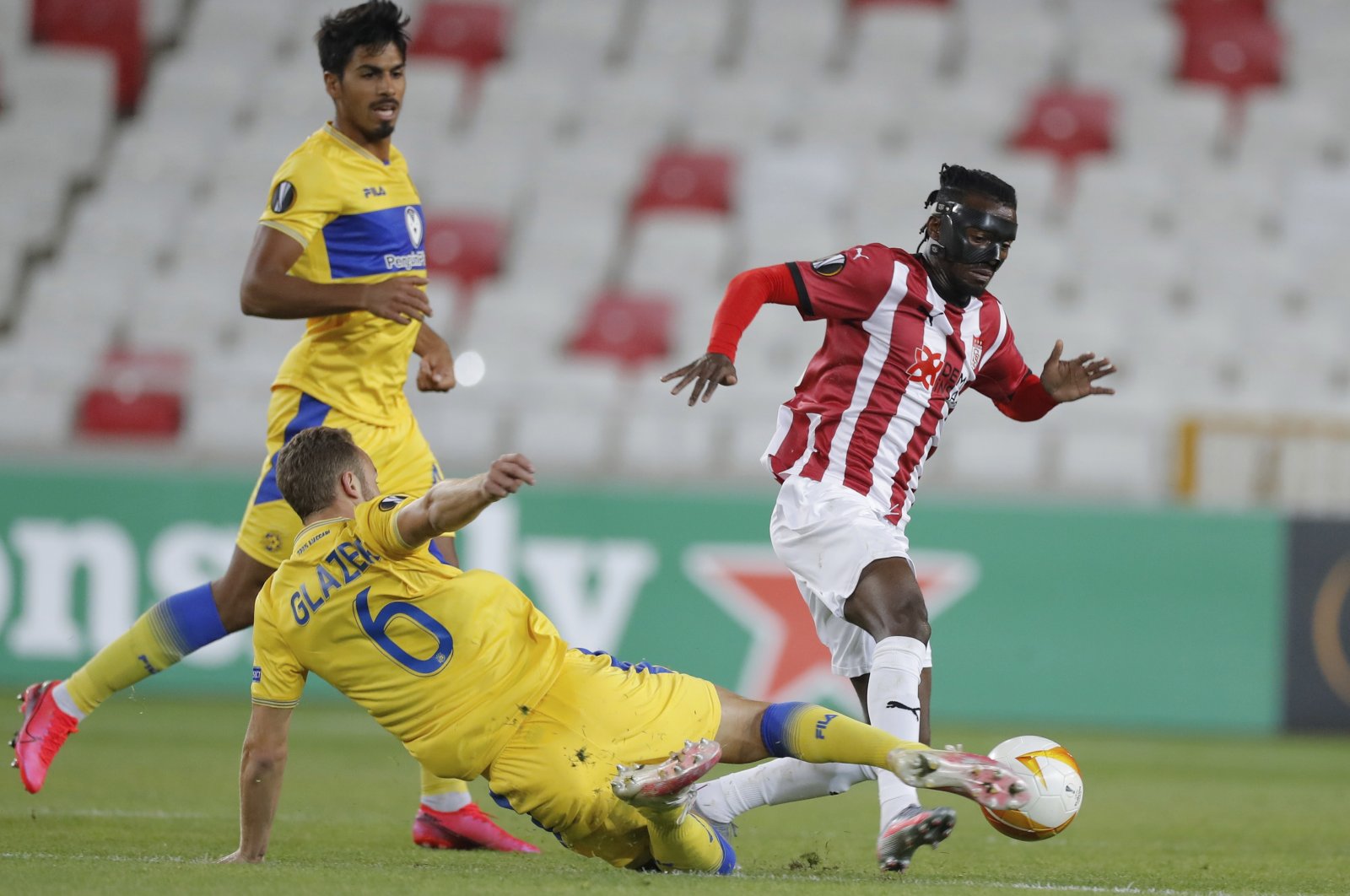 The sides played a scoreless first half at the Sivas Yeni 4 Eylül Stadium.

In the 55th minute, Nigerian forward Olarenwaju Kayode scored the opener for Sivasspor.

Camara was shown a red card before Dan Biton successfully converted the spot kick to tie the score.

In the 74th minute, the visiting side found the net for the second time thanks to Dor Peretz's close-range header.

In the other game of the Group I, Azerbaijan's Qarabag lost 3-1 to Spain's Villarreal at Istanbul's Fatih Terim Stadium.

Meanwhile, AC Milan cruised past Sparta Prague 3-0 for its second straight win in the Europa League, while Tottenham fell to a surprising 1-0 loss at newcomer Antwerp.

Milan easily overcame a missed penalty by Zlatan Ibrahimovic to remain unbeaten in 23 games in all competitions, dating back to last season.

Tottenham saw its 10-match unbeaten run end, despite having Gareth Bale in the starting lineup for a second straight time in the competition.

Fellow Premier League clubs captured their second straight win. Leicester beat AEK Athens 2-1 away while Arsenal scored three goals in a four-minute span either side of halftime in a 3-0 victory over Irish club Dundalk.

A minute of silence was held ahead of the game between Nice and Hapoel Beer Sheva to honor the three victims of a knife attack in the French city earlier Thursday. The players from both teams wore black armbands during the game, which the hosts won 1-0.

Benfica and Rangers earned their second straight victories while Hoffenheim and Wolfsberg cruised to big away wins.