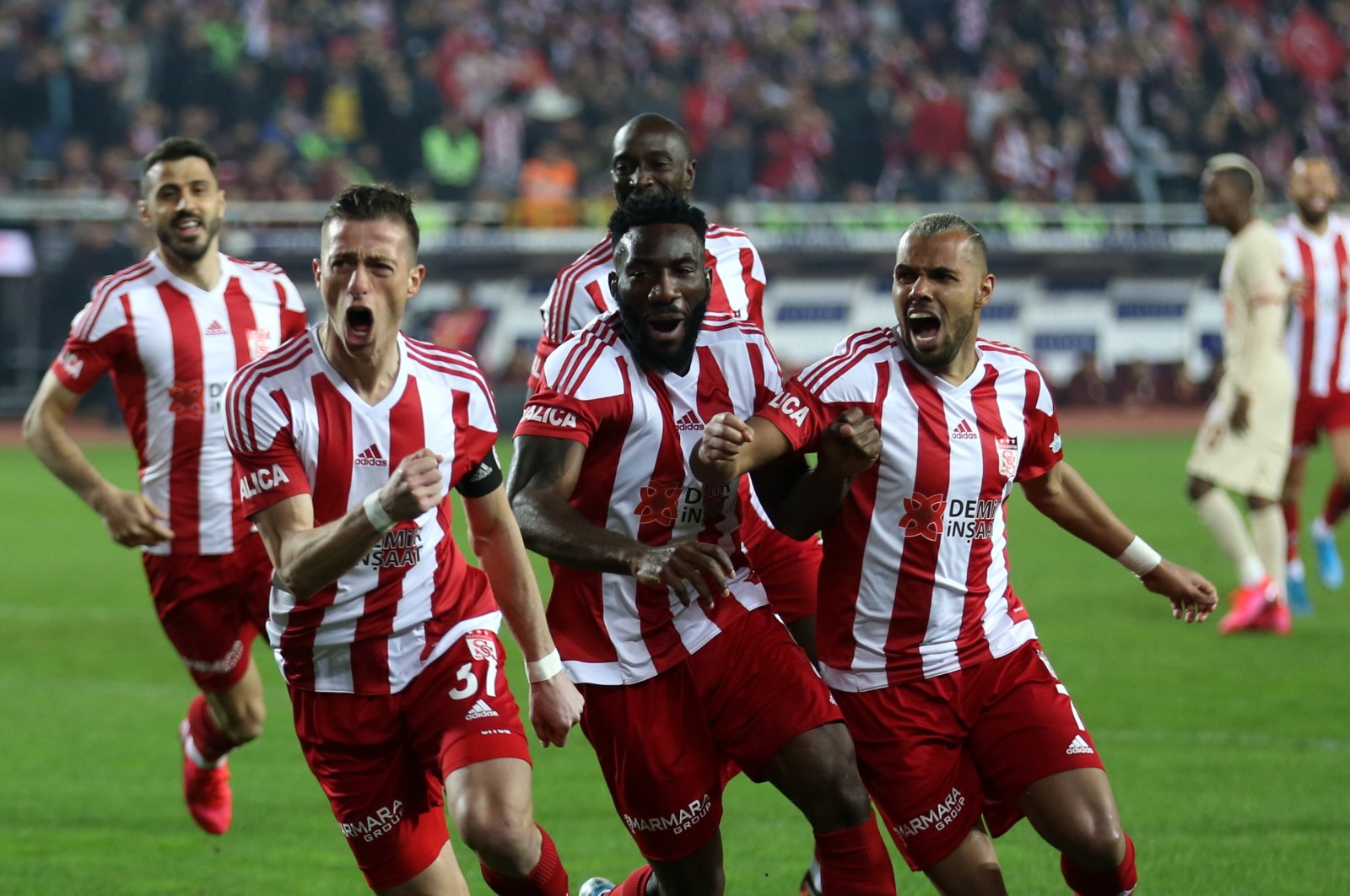 The only club left representing Turkey in the Europa League, Sivasspor takes on the much more experienced Spanish side for its maiden match in the tournament

Turkish Süper Lig side Sivasspor is preparing to make its debut in the Europa League playing Villareal on Thursday as Europe’s second-tier tournament kicks off.

Blowing the only chance it got to compete in the tournament a decade ago, Sivasspor hopes to make an impression in its maiden match, with coach Rıza Çalımbay voicing confidence in his players.

Çalımbay said he was making use of Fayçal Fajr’s years of experience in La Liga to better analyze their opponent. Playing in various La Liga clubs for more than five years, the French Moroccan midfielder arrived in Sivasspor from Getafe this summer.

Expressing his trust in his players, Çalımbay said he believed his side had the power to finish the group stages in first or second place.

“Of course, our very first match is important but our main focus is to win our home games. We need to play excellent in those matches. Of course, a good result from Thursday’s match would also be an additional advantage,” he said.

Despite traveling to Spain with a 21-man squad, Sivasspor will have a lower than usual amount of substitutions due to injuries. With Erdoğan Yeşilyurt, Aaron Appindangoye, Casimir Ninga and Marcelo Goiano out with injuries, the Süper Lig side will have only six or seven players sitting on the bench.

While Çalımbay trusts his players to impress despite a lack of experience, Villareal could prove too much for the first match.

Sivasspor will hope Fajr will reflect his years of La Liga experience to the pitch on Thursday, while the Spanish side will make use of its striker Paco Alcacer, who scored four goals in three different La Liga matches so far.

Azerbaijan side Qarabag will visit Maccabi Tel Aviv in Israel for the other match of Group I.

Coach Neil Lennon knows from his own experience his side usually struggles against the Italian team. In four of the clubs' past meetings as a player, and two more as a manager, he failed to win any matches.

"They're AC Milan and that name carries a lot of weight around world football, never mind European football," Lennon said. "But our players will be excited by it. It always brings the best out in them and hopefully we can maximize the home advantage."

Milan traveled to Scotland as Serie A leader, having won the first four games with nine goals as it keeps up the impressive pace it has displayed since last June when the season resumed after the coronavirus lockdown.

"This Milan was born in January with the arrival of (Zlatan) Ibrahimovic, (Simon) Kjaer and (Alexis) Saelemaekers," coach Stefano Pioli told public broadcaster Radio 1 on Monday.

"We have since grown, we changed our way of playing and the results are now coming. We want to do well in the Europa League. It is a lower-grade continental event, but we want to try to win it."

Ibrahimovic may feature for Milan as he's recovered from COVID-19 and scored a brace in a 2-1 win over Inter Milan over the weekend.

Milan’s Turkish winger Hakan Çalhanoğlu is out after he sprained his ankle in training and should be replaced by Brahim Diaz to support Ibrahimovic.

Meanwhile, Napoli's home game against AZ Alkmaar in Group F could be postponed by local health authorities amid fear of infection after the Dutch club said 13 players tested positive for COVID-19.

According to the ruling body UEFA, games can be played if a team has at least 13 footballers available and Alkmaar reportedly traveled to Naples on Wednesday with 17 fit players.

"Alkmaar has carefully followed the applicable procedures in recent months. The majority of the positive-tested players show no symptoms," the club said in a statement.

For British clubs in the competition, North London rivals Arsenal and Tottenham both face Austrian sides on opening night. Mikel Arteta's side traveled to Rapid Vienna, while Jose Mourinho and his players host LASK.

Gareth Bale could make his first start in his second spell at Tottenham, while Eric Dier could come into the side after missing the 3-3 draw with West Ham on Sunday.

Leicester striker Jamie Vardy is set to miss his side's clash with Zorya Luhansk in Group G due to a calf injury, while Cağlar Söyüncü is out for three months because of an adductor problem.