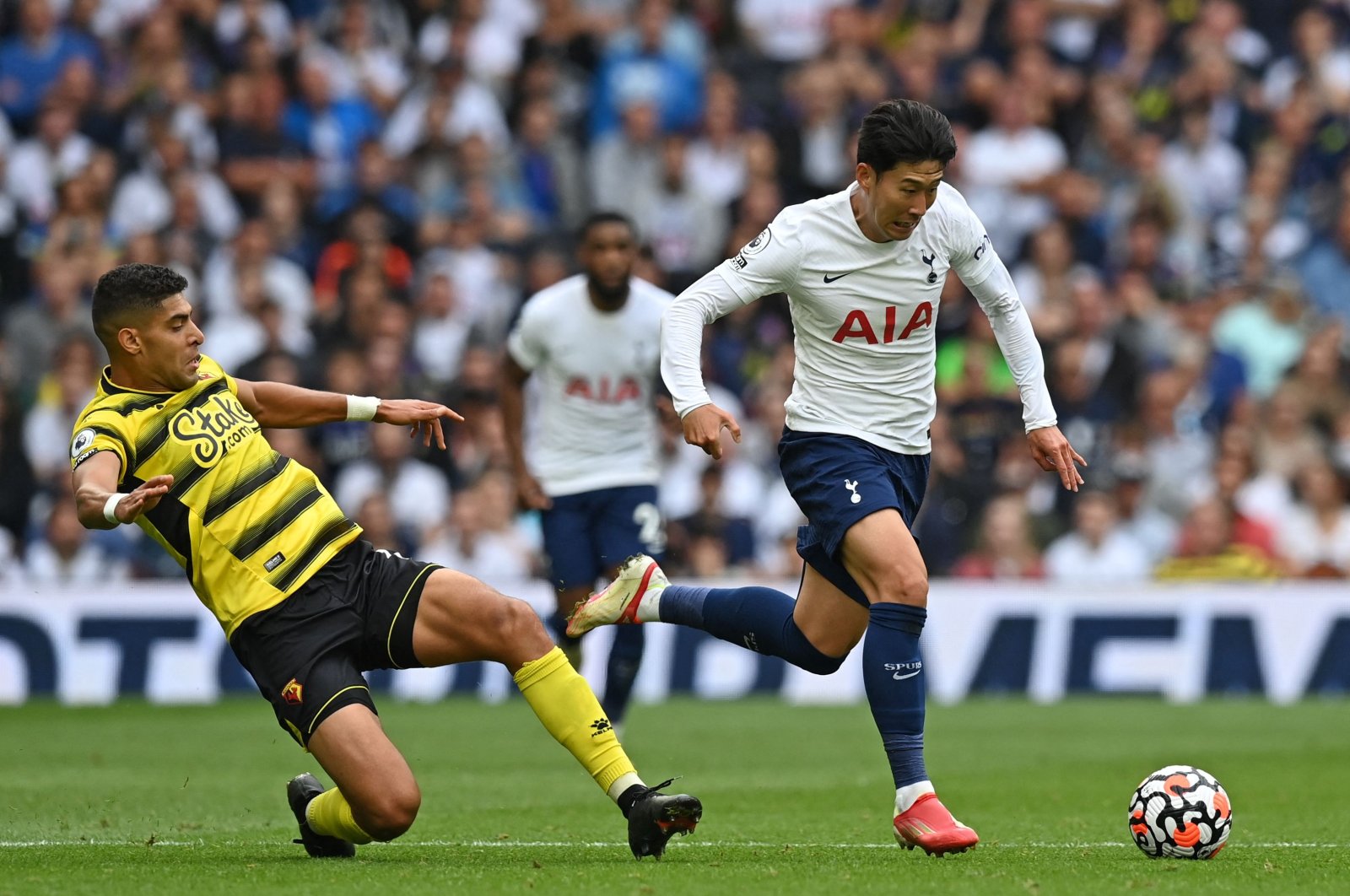 Tottenham Hotspur took an early lead in the Premier League with a 1-0 win over Waford while Manchester United struck late for a narrow win over Wolves on Sunday.

Son Heung-min sent Spurs top of the Premier League as the South Korean's free-kick was enough to clinch the win against Watford.

Nuno Espirito Santo's side has made a flawless start to the new domestic season and they sit two points clear of second-placed West Ham after a third successive victory.

Son settled a hard-fought clash at the Tottenham Hotspur Stadium when his free-kick caught Watford keeper Daniel Bachmann out of position in the first half.

After its protracted search for a manager to succeed Jose Mourinho dragged on throughout the close season, Tottenham was in danger of becoming a laughing stock.

Nuno was far from its first choice, but the former Wolves boss has hit the ground running in north London.

Three consecutive 1-0 wins, including one against Premier League champions Manchester City, as well as progress in the Europa Conference League, suggest Tottenham could enjoy a better season than expected.

Nuno is the first Tottenham manager since Arthur Rowe in 1949 to win his first three league games in charge.

"We knew the threat of Watford, we managed it well. I'm very happy because the players worked very hard," Nuno said.

Watford midfielder Moussa Sissoko was back at Tottenham, just two days after leaving for the Hornets and he nearly laid on an early goal.

Sissoko picked out Juraj Kucka and his shot was headed off the line by Eric Dier.

Tottenham took the lead in the 42nd minute when Son swung in a free kick from the left wing and Bachmann was caught out as it sailed past him into the far corner.

It was Son's second goal of the season after the forward's winner against Manchester City on the opening weekend.

At Molineux, Manchester United set an English top-flight record for unbeaten away league games in its first match since agreeing to a blockbuster deal to sign Cristiano Ronaldo from Juventus.

Portugal star Ronaldo, who will return to United 12 years after leaving to join Real Madrid, was not available to make his second club debut this weekend as he waits to officially complete the move.

While Ronaldo waits in the wings, unbeaten United had Greenwood to thank for its second win in three matches.

United have now gone 28 successive away league games without defeat, passing the mark they shared with Arsenal.

"It's a special goal. Of course, the keeper maybe could have saved it but he hit it so quickly," said United manager Ole Gunnar Solskjaer, who confirmed Ronaldo is expected to feature against Newcastle on Sept. 11.

"Both sides could have won it, of course, we were under pressure for a spell but we had most of the possession."

Solskjaer's team was indebted to David De Gea for a superb double save that kept the score level before Greenwood's winner.

De Gea blocked Romain Saiss's close-range header from a corner, then somehow spread himself to thwart the defender's close-range follow-up.

Greenwood made Wolves pay for that miss in the 80th minute when he took Raphael Varane's pass and hit a low shot that flashed under keeper Jose Sa.

Wolves claimed Paul Pogba had fouled Ruben Neves in the build-up to the goal, but referee Mike Dean and VAR ignored their protests.

Patrick Bamford rescued a 1-1 draw for Leeds at Burnley.

Sean Dyche's side took the lead in the 61st minute when Leeds failed to clear a corner and Matt Lowton's shot was flicked in by Chris Wood from six yards.

But Leeds striker Bamford celebrated his first call-up to the England squad this week with the 86th-minute equalizer.

Jamie Shackleton's shot was deflected into Bamford's path and he tapped in for his first goal this season.