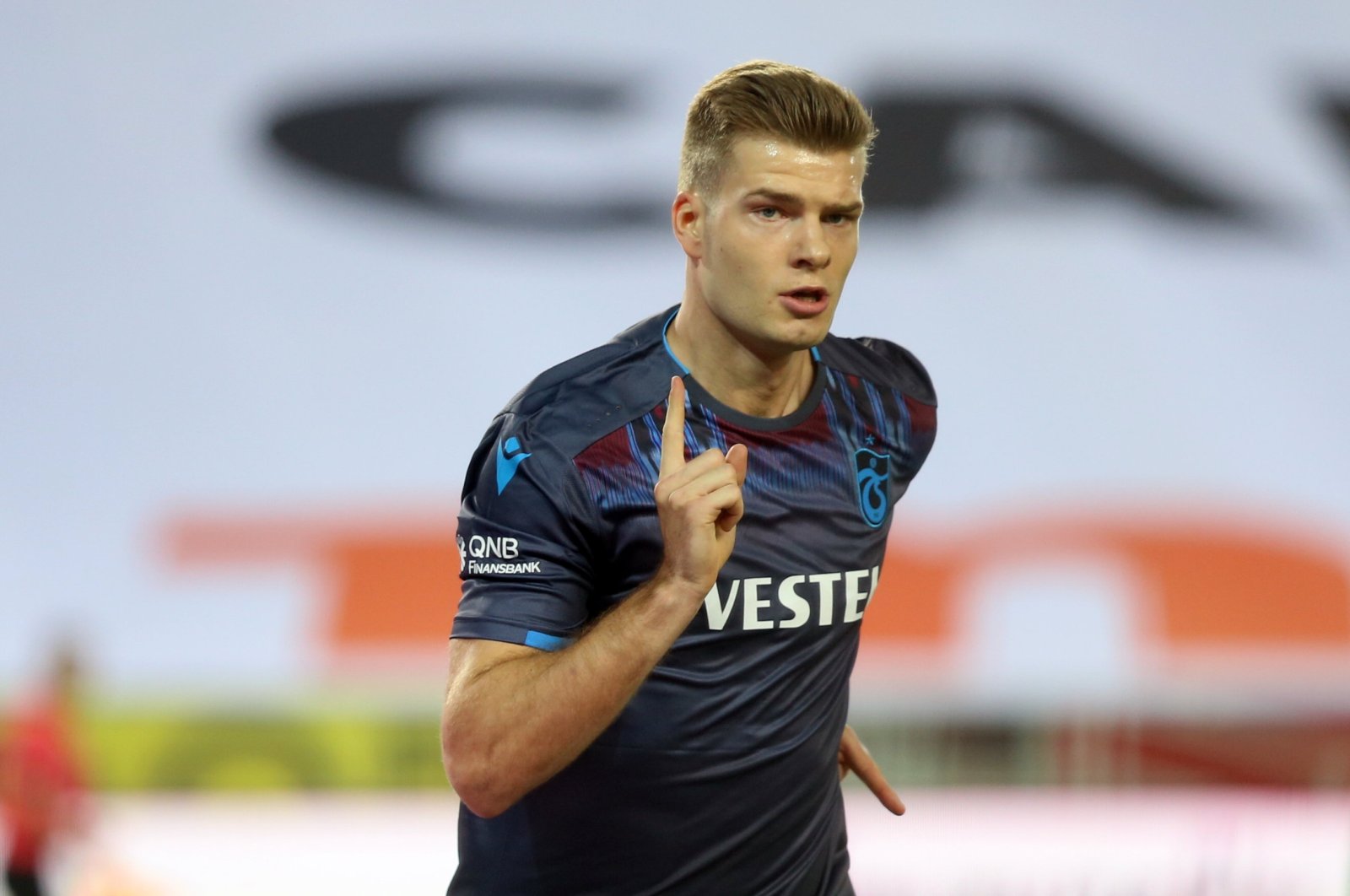 Sorloth scored the last goal in stoppage time, taking him over the previous record set by legendary Georgian center-forward Shota Arveladze. The Norwegian scored 29 goals in 44 appearances in this season.

Along with Sorloth, Filip Novak and Jose Sosa scored in Sunday’s game against Galatasaray. The Istanbul team was reduced to 10 men in the 32nd minute after Sofiane Feghouli was shown a red card following a Video Assistant Referee (VAR) decision after kicking defender Manuel da Costa.

Trabzonspor was awarded a penalty after another video review, handing Sosa the team's first goal in the 41st minute.

In the second half, Novak doubled the lead for the away team in the 70th minute, 2-0. Galatasaray’s Jean Michael Seri's penalty goal made the score 2-1 in stoppage time.

Trabzonspor continues to chase the league leader, Medipol Başakşehir, having gained 61 across 30 matches. The team is two points behind Basaksehir in second place.