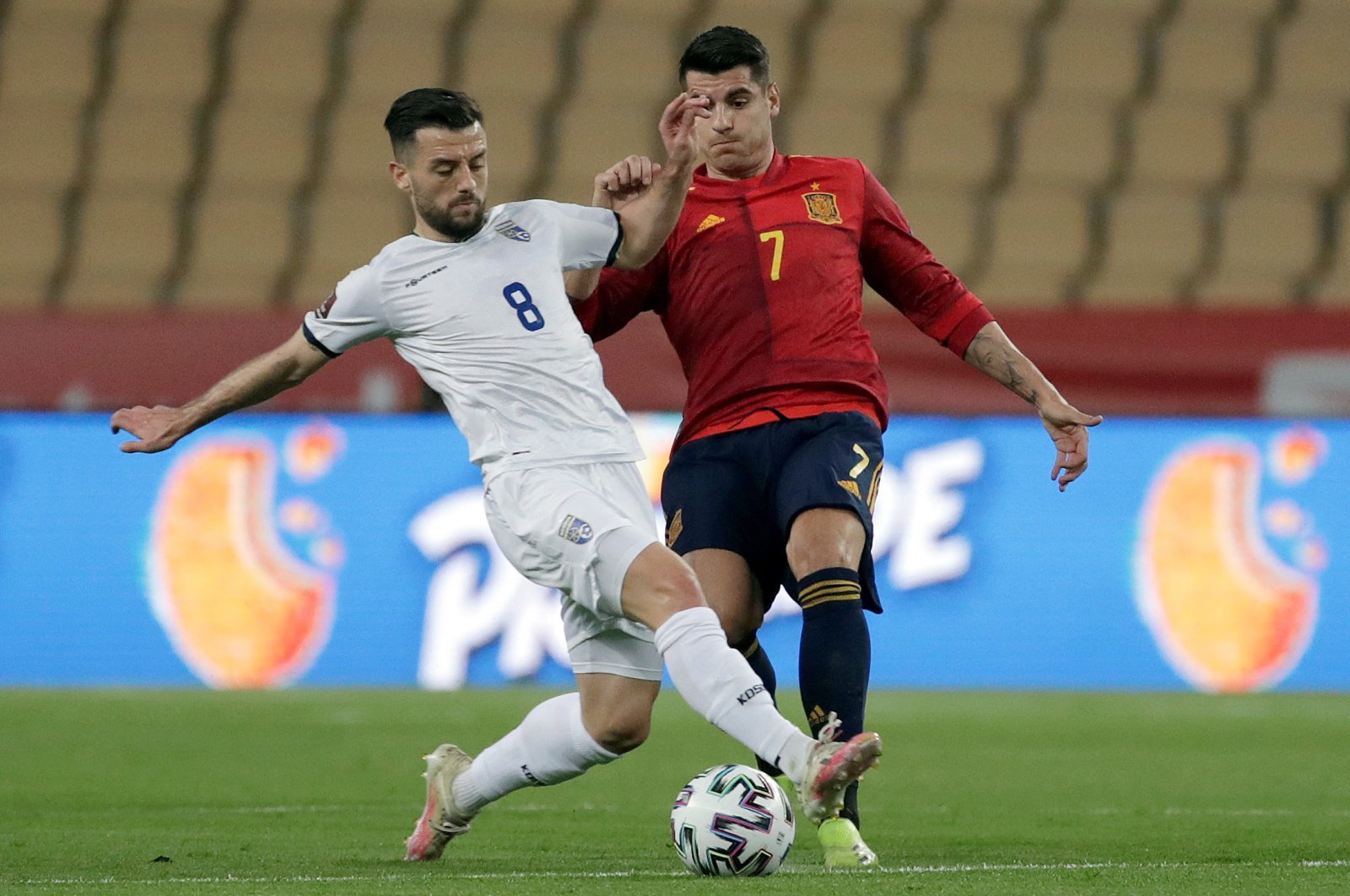 Spain cruised past Kosovo 3-1 on Wednesday in a World Cup qualifier that attracted more attention off the field because of Spain’s non-recognition of the visiting country.

The game in Seville was played in accordance with UEFA etiquette, with Kosovo's national anthem played before the match. But on television, Spain’s national broadcaster disregarded normal protocol by not mentioning Kosovo as a country and using lowercase letters for "kos” in its graphics.

Spain does not recognize Kosovo’s 2008 independence from Serbia.

Ahead of the game, the Spanish federation had already upset Kosovo officials by referring to the country as a "territory.” The Kosovo federation warned it wouldn’t play the match unless Spain pledged to respect the Balkan country’s sovereignty.

But commentators on TV referred to the opponents as the "team from the Kosovo federation,” and used phrases like "players from the federation of Kosovo.”

It used "ESP” in uppercase letters for the hosts' on-screen graphic in Spanish – as it had for both countries in previous qualifying games – but kept lowercase "kos” at all times for the visitors.

Spain's Public TV is a joke. Writes Kosovo in lowercase letters vs Spain in capital letters during tonight's match. pic.twitter.com/svDVOtk2HL

The TVE public network did not immediately answer a request for comment on why it used lowercase letters for Kosovo in its graphic. Spanish media claimed the signal sent internationally did show "KOS” in uppercases.

There was also a lot of talk about a player who was on the field for only a few minutes, as Spain captain Sergio Ramos again was left out of the starting lineup and came off the bench only near the end. It was still enough to give him 180 international appearances, putting him four behind the record held by former Egypt captain Ahmed Hassan for the most caps in men’s football.

Dani Olmo opened the scoring for Spain in the 34th minute and Ferran Torres added to the lead in the 36th before Kosovo pulled one back through Besar Halimi’s long-range shot in the 70th after Spain goalkeeper Unai Simón lost possession while trying to play the ball far outside his area.

Gerard Moreno sealed Spain’s victory off a corner kick in the 75th.

Luis Enrique again made several changes to Spain's lineup but kept Ramos on the bench for the second straight time.

"It's always important to add (an appearance), whether it's a minute, an entire match, or just a half," Ramos said.

Ramos recently returned from a long injury layoff but played in the first half of the team's opener against Greece.

"It was a technical decision,” Luis Enrique said. "He is coming off an injury. I decided that others would play, that's it. He is a leader and deserves to break all records. The players who are in better conditions will play. I don't care about what people will say. Anything about Sergio will generate controversy."

"La Roja” had opened its qualifying campaign with a disappointing home draw against Greece and a hard-fought win at Georgia.

The win left Spain at the top of Group B with seven points from three matches. Zlatan Ibrahimovic’s Sweden was second with six points and a game in hand.

Greece, which drew 1-1 with Georgia in the other group match on Wednesday, stayed in third place with two points, one more than Georgia

Kosovo, playing in its second World Cup qualifying campaign, is last in the group with no points. Its first game was a 3-0 home loss against Sweden.

Only the group winners qualify directly for the 2022 World Cup in Qatar.