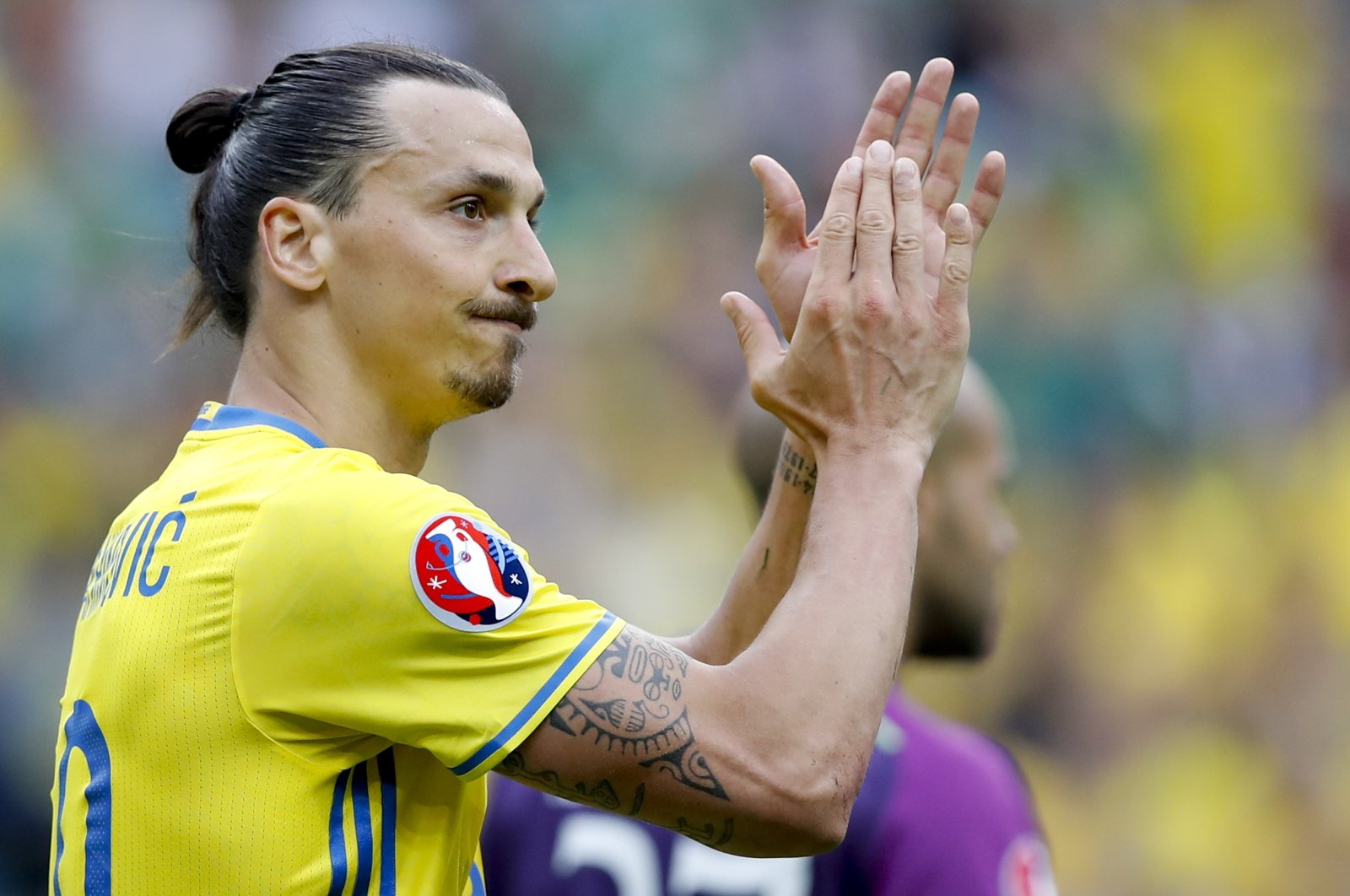 Zlatan Ibrahimovic has returned to international football after a nearly five-year hiatus, making the announcement to the world in his inimitable style on Tuesday. "The return of the God,” the charismatic striker said to his tens of millions of followers across social media after being picked by Sweden at the age of 39 for the team's upcoming World Cup qualifiers.

Ibrahimovic, Sweden's record scorer with 62 goals in 112 games, retired from international duty after the 2016 European Championship but has remained prolific in spells at Manchester United, Los Angeles Galaxy and AC Milan since then.

In November, at a ceremony where he was voted as Sweden's men's player of the year for the 12th time in his career, Ibrahimovic told Sweden coach Janne Andersson he would be interested in returning to the national team.

After more talks, Andersson chose to recall the country's most high-profile player. For the moment, Ibrahimovic is back on the international scene only until the continent-wide Euros scheduled for June and July this year.

It remains to be seen whether he stays on until the 2022 World Cup in Qatar, when he would be 41. "The team I have now, we have built up a way to work and a way to play for 4-1/2 years, so now he is a new person in this,” Andersson said.

"He is one of the players who will be with us for the first time next week so he is coming into us. And, of course, he has to adapt to how we work, how we play. He has done that before, he has changed clubs before several times ... I don’t think that’s a problem, in any way.”

In the only major championship since Ibrahimovic retired from internationals, Sweden reached the quarterfinals of the 2018 World Cup in Russia, its best performance in the competition since 1994. Andersson's team is hard-working and a well-drilled unit, where no single player is the star.

Previously, Sweden's whole game plan centered around Ibrahimovic. Andersson dismissed concerns that Ibrahimovic's ego could be a distraction in the squad. "I’m not worried at all about that,” he said.

"We have talked about this of course, me and Zlatan. He is the person he is and he should be the person he is, in one way. But he is also an excellent football player with a lot of experience we can use in the team. ... We have talked, of course, about how we will work together and how we work in the national team and what he can add to that with his way of playing. I am sure it will be good.”

Sweden’s upcoming games are World Cup qualifiers against Georgia on March 25 and Kosovo three days later. There is also a friendly against Estonia on March 31.

If Ibrahimovic plays in any of them, he will become the oldest player in the history of Sweden’s national team. He has 16 goals in 21 appearances for Milan this season, though he has missed the team’s last four matches because of a right thigh injury.

"Zlatan is still one of the world’s best forwards and is, in my opinion, by far Sweden’s best football player of all time,” Andersson said. "He has a lot of experience that we in the national team will enjoy.”

Sweden is in the same group as Spain, Poland and Slovakia at the Euros.