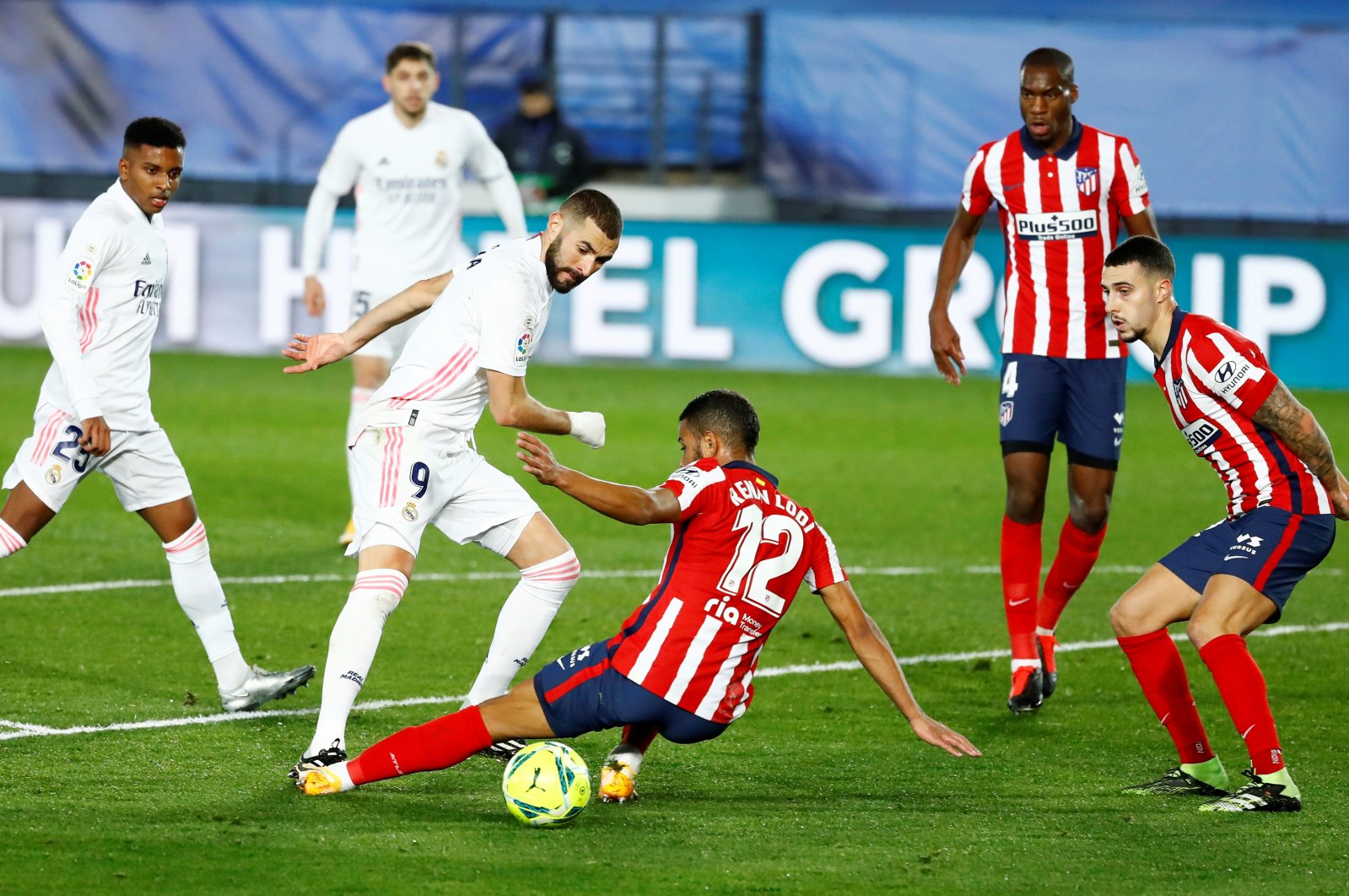 Atletico Madrid's bid for a first La Liga title since 2014 hits a pivotal point as it faces city rival Real Madrid on Sunday.

La Liga leader Atletico Madrid has an opportunity to deal a hammer blow to Real's attempts to retain the league title in a potentially decisive Madrid derby.

Zinedine Zidane's Madrid is in third, level with Barcelona but five points behind Atletico thanks to its 1-1 draw with Real Sociedad last Monday, and defeat on Sunday would leave it eight behind having played a game more.

Barca will be waiting in the wings to consolidate second place with its trip to Osasuna on Sunday, one day after the presidential elections which will beckon in a new era for a team in turmoil off the pitch but showing signs of life on it.

Atletico meanwhile looks unsure of itself, with the 2-0 scoreline in last weekend's win at Villarreal not telling the whole story of a match in which the host could easily have scored at least two goals of its own.

Defeat at the Wanda Metropolitano for Atletico would likely leave it with not just Madrid but also Barca breathing down its necks as the season moves towards its final straight.

Dortmund may effectively be out of this year's Bundesliga title race but it could help remove champions Bayern from the top spot if it continues its upturn in form under caretaker coach Edin Terzic.

Four wins on the bounce in all competitions have boosted morale at Dortmund, who is trying to work its way back in the Champions League qualifying spots.

That form will give it the hope of a result at the Allianz Arena, where Bayern is yet to lose this season.

Hansi Flick's side is two points ahead of second-placed RB Leipzig, who face Freiburg earlier on Saturday.

The match will also feature possibly the world's two best strikers in Bayern's Robert Lewandowski and young gun Erland Braut Haaland, who both come into the match in sparkling form.

In Italy, Atalanta will test Inter's title credentials on Monday.

Inter has stolen a march on its rivals as it chases a first Serie A title since 2010, extending its lead at the top as AC Milan and Juventus wobble.

The last time Atalanta visited the San Siro in January it ran out 3-0 winners against AC Milan, who was then league leaders but now lag behind its local rivals after only drawing with Udinese at home on Wednesday.

Atalanta has been inconsistent this season but looked in fine fettle on Wednesday, with star attackers Luis Muriel and Josip Ilicic both on the scoresheet in a 5-1 cruise against Crotone, its fourth straight league win.

Monaco looks to bounce back

Niko Kovac's side had its unbeaten run ended at 12 games by Strasbourg on Wednesday but the Principality club will be looking to bounce back in a last-32 French Cup visit to local rivals Nice on Monday.

Monaco has not won the French Cup in 30 years and a trophy would be a great way to mark its return to the top table of French football after two seasons in the doldrums.

Croat Kovac has himself bounced back from his sacking at Bayern Munich to lead Monaco to within seven points of Ligue 1 leaders Lille, who it hosts in its next league match in 10 days' time.