Spain one step closer to Qatar 2022 after Georgia stuns Sweden 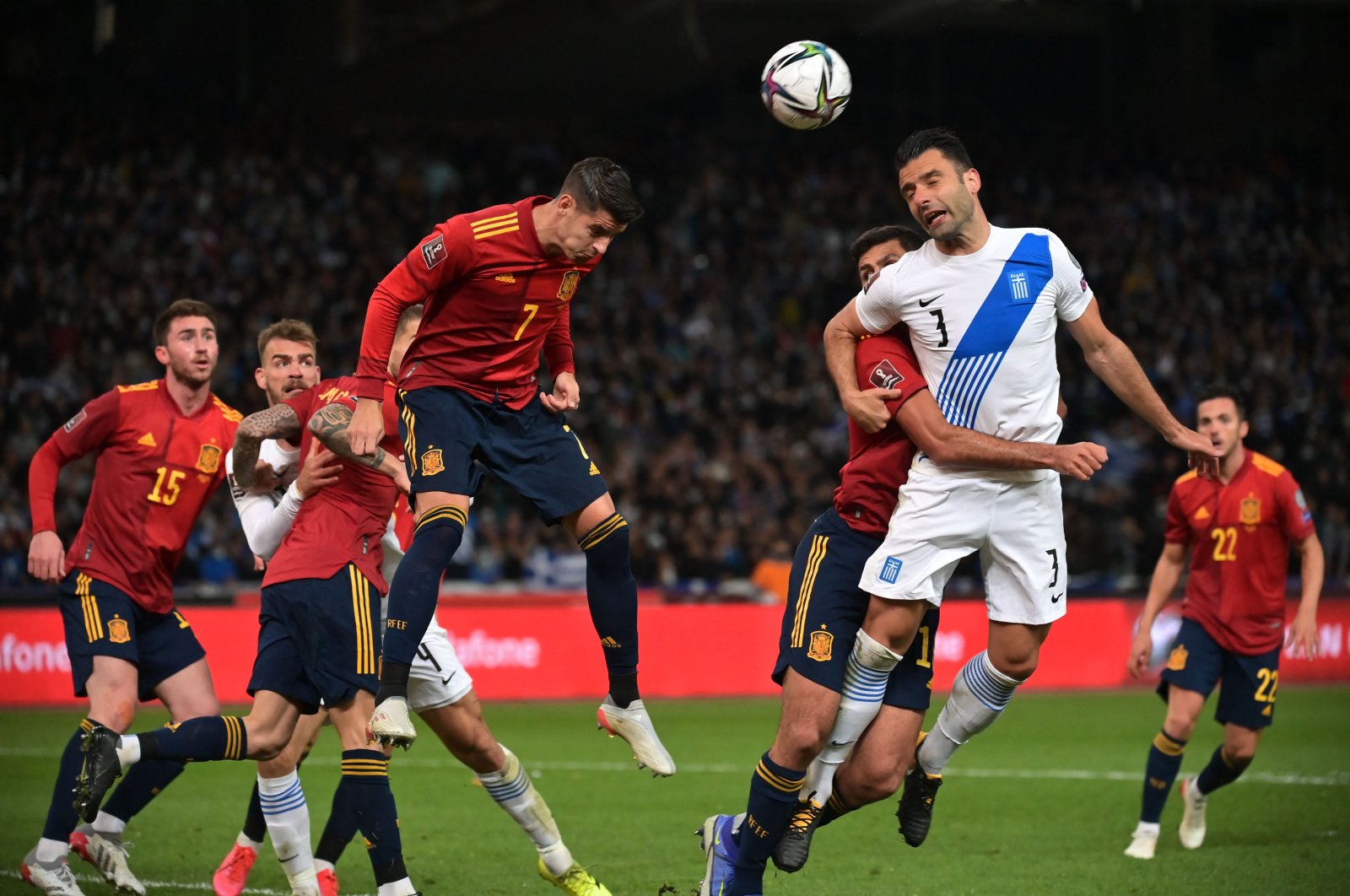 Spain put one foot in the Qatar 2022 World Cup with a 1-0 win over Greece as Sweden's shock 2-0 defeat against Georgia put Luis Enrique's men in pole position.

Pablo Sarabia's penalty proved enough for La Roja to take all three points in Athens and move a point above Sweden ahead of a winner-takes-all clash between the sides in Seville on Sunday.

"Of course I think we are going to have a place in the World Cup come Sunday, but I already thought that when we were second in the group," said Spain boss Luis Enrique.

"We are playing against a good team that will, in theory, have to attack more against us now."

Despite the presence of Zlatan Ibrahimovic and rising star Alexander Isak up front, the Swedes were humbled by two second-half goals from Khvicha Kvaratskhelia in Tbilisi.

Cristiano Ronaldo failed to fire a lackluster Portugal as it had to hold on for a 0-0 draw against the Republic of Ireland in Dublin after a late red card for Pepe.

Ronaldo twice came closest to breaking the deadlock for the visitor as he headed inches wide before also failing to hit the target with a curling effort from the edge of the box.

Pepe was shown the 14th red card of his career eight minutes from time for elbowing Callum Robinson.

Ireland lost to Luxembourg and drew with Azerbaijan at home earlier in the group to spoil its chances of qualification.

But Stephen Kenny's men were denied a famous win in stoppage time when Matt Doherty's strike was ruled out for a foul on Portuguese goalkeeper Rui Patricio.

"We scored a legitimate goal that was disallowed," said Kenny, who faces an anxious wait to see if his contract will be extended at the end of a disappointing campaign.

A point edges Portugal to the top of Group A, level on points with Serbia, who it will host in its final game of the section in Lisbon at the weekend.

Croatia will also face Russia on Sunday in a shootout to qualify after both recorded resounding wins.

Luka Modric was among the goalscorers for the 2018 World Cup finalist as it thrashed Malta 7-1.

Aleksandr Erokhin scored twice as Russia eased past Cyprus 6-0 to maintain a two-point lead at the top of Group H ahead of its trip to Split.

Germany has already long since qualified but showed no mercy to hammer the 10 men of Liechtenstein 9-0 as Hansi Flick became the first coach to win his first six games in charge of the national side.

Ilkay Gündoğan opened the floodgates from the penalty spot after Jens Hofer saw red for a high boot on Leon Goretzka.

Daniel Kaufmann's own goal, Leroy Sane and Marco Reus made it 4-0 inside 23 minutes.

Sane added his second in the second half before a double from Thomas Mueller, Ridle Baku and another own goal from Max Goppel completed the rout.