Spanish, German football games to be played in empty stadiums due to COVID-19 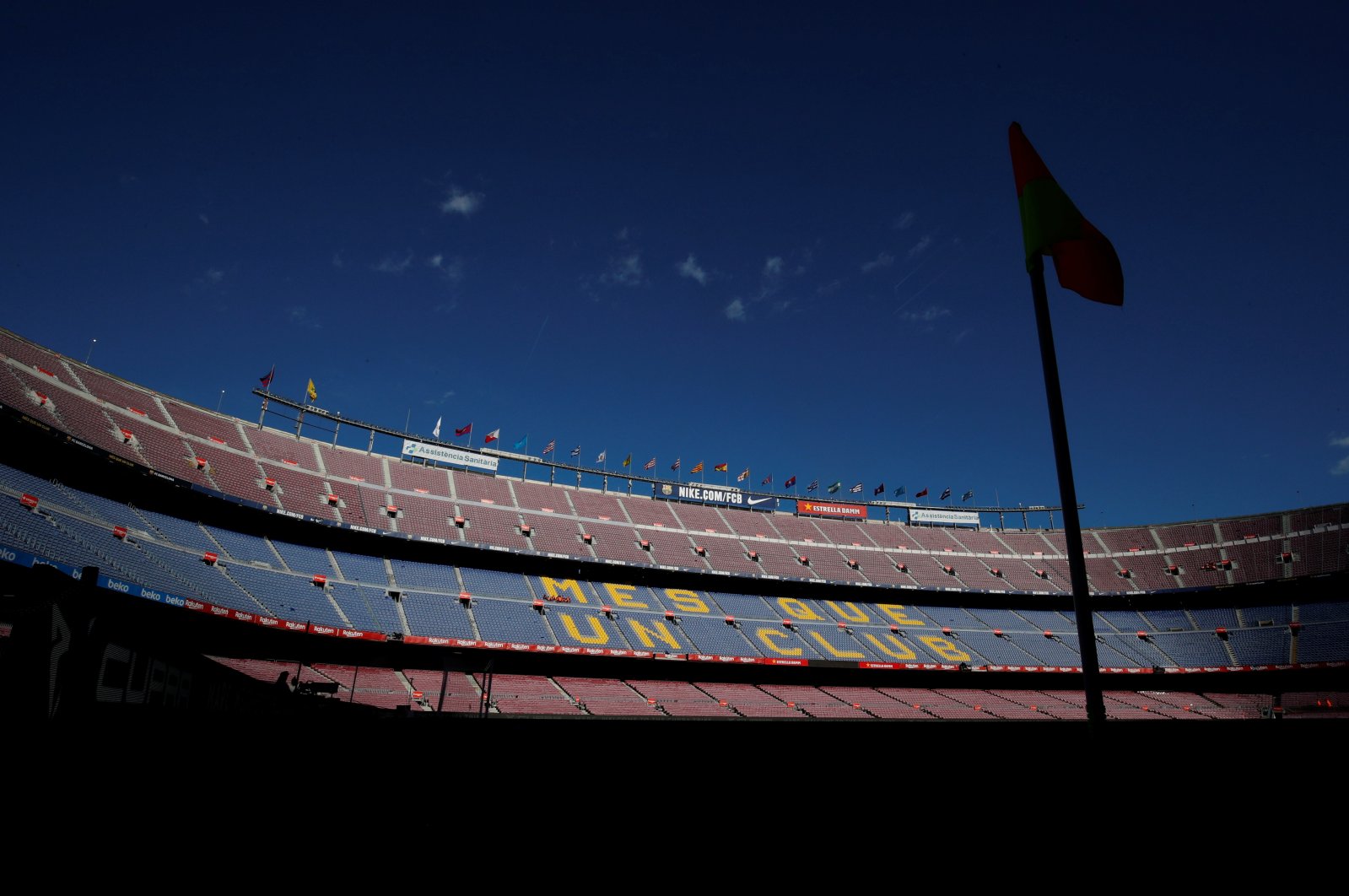 Spanish football games will be played in empty stadiums for at least two weeks because of the coronavirus outbreak.

The Spanish league said Tuesday that matches in the first and second divisions will be played without fans. The announcement came after the league was told by the government that a series of preventive measures were being implemented to help contain the spread of the virus.

Barcelona's Champions League round of 16 return match against Napoli scheduled for March 18 will also be played behind closed doors because of the coronavirus outbreak, both clubs announced Tuesday.

"The Champions League match scheduled for Wednesday, March 18, between FC Barcelona and Napoli, will be played at Camp Nou behind closed doors," the Catalan club said on Twitter.

Two other Champions League matches – Tuesday's tie between Valencia and Atalanta in Spain and Wednesday's Paris Saint-Germain vs. Borussia Dortmund – are scheduled to be played in empty stadiums in efforts to curb the spread of the killer virus, known as COVID-19.

Sevilla's Thursday home match against Roma in the Europa League was also closed to the public due to the coronavirus.

"The Sevilla FC-AS Roma match in the UEFA Europa League round of 16 will be played behind closed doors," a statement from Sevilla said. "This is in order to preserve the safety of the public and to contain the contagion of COVID-19."

As it stands, Atletico Madrid fans will be allowed to travel to Anfield to watch Atleti face Liverpool in the Champions League on Wednesday, but it remains to be seen if Real Madrid's second leg against Manchester City in England on March 17 stays open.

Spain's health minister on Monday announced a sharp spike in coronavirus cases in and around Madrid, and said all schools in the region will close for two weeks from Wednesday. There were more than 1,200 confirmed cases in Spain on Monday, with 28 deaths and 74 people in intensive care.

Meanwhile, Rhine derby between Borussia Moenchengladbach and Cologne on Wednesday will also be held behind closed doors due to the coronavirus, the first game in Bundesliga history to be played without fans.

Bundesliga games had been going ahead as usual, even as the number of people testing positive for the coronavirus continued to rise in Germany, passing 1,000 on Monday.

German Football League (DFL) chief Christian Seifert warned Sunday that "the season must end by mid-May" in order to ensure clarity over promotion, relegation and qualification for international competition.

The decision to close stadium doors will ultimately be made on a case-by-case basis by regional authorities.

On Tuesday, local authorities ordered the Ruhr derby between Borussia Dortmund and Schalke taking place on Saturday to be played in an empty stadium.

The moves in Spain and Germany came a day after Italy said sports events in the country, including Serie A games and preparatory events for the Tokyo Olympics, would be suspended until April 3.