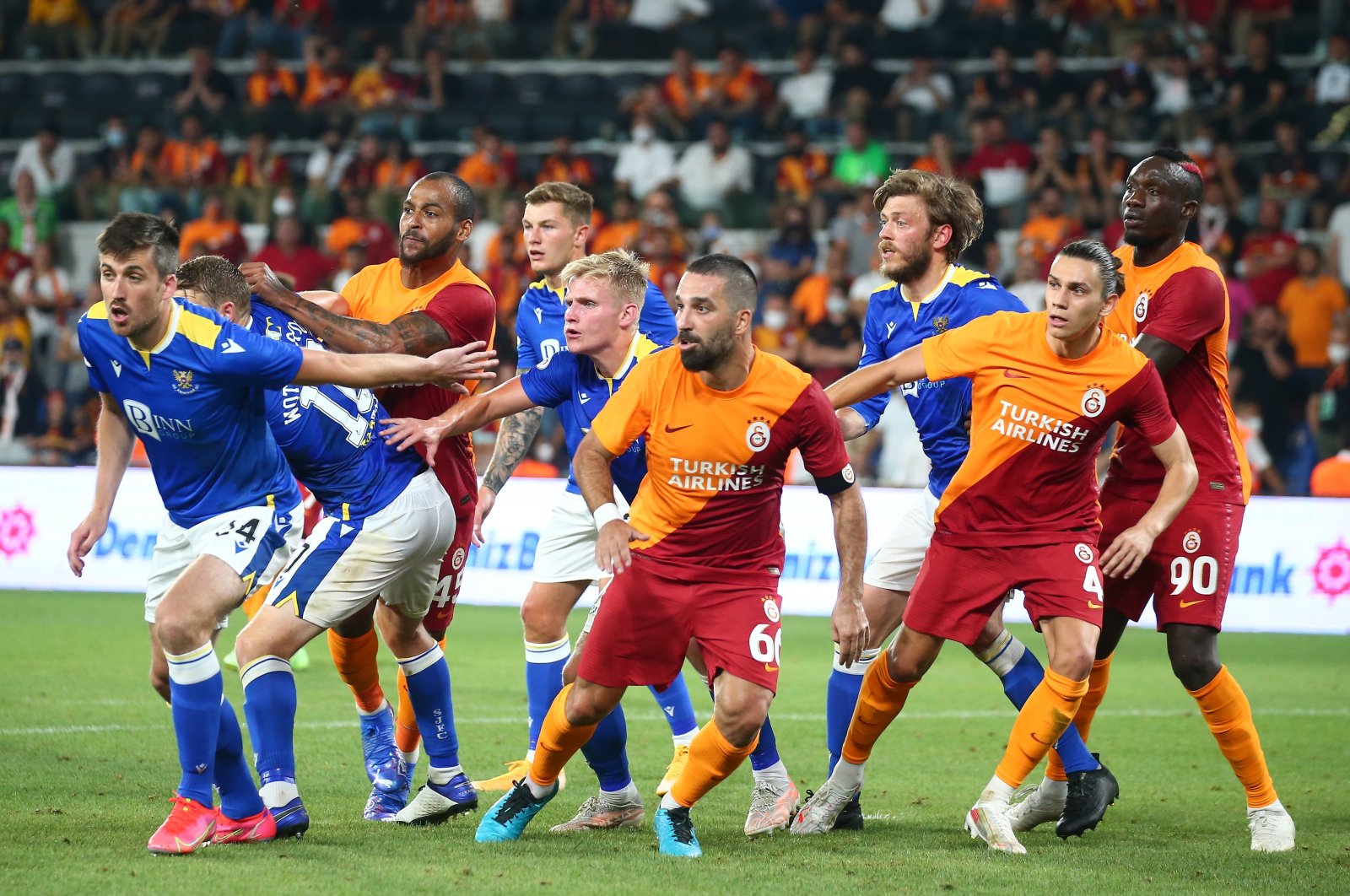 In the first leg match played in Istanbul’s Başakşehir Fatih Terim Stadium, the Lions dominated the first half, missing goal after goal.

The first half concluded 0-0, prompting coach Fatih Terim to make changes in the line-up as Mbaye Diagne replaced Mostafa Mohamed as striker.

The 55th minute of the match saw a dramatic mistake by Galatasaray’s Aytaç Kara, whose pass to goalkeeper Fernando Muslera was intercepted by the Scots, leading to the Uruguayan goalie’s clash with St. Johnstone’s Christopher Kane that got him sent off.

After Muslera was sent off with a red card for taking down Kane, Galatasaray’s young goalkeeper Berk Balaban replaced Aytaç Kara.

Boey’s diagonal shoot cheered up the team as the 10-man Galatasaray continued to dominate the game regardless, even though they failed to score a winning goal.

The second leg of the third qualifying round will be played next week in St. Johnstone’s home pitch McDiarmid Park.

After a second loss to PSV Eindhoven in Champions League qualifiers, Galatasaray continued his European bid in the Europa League.