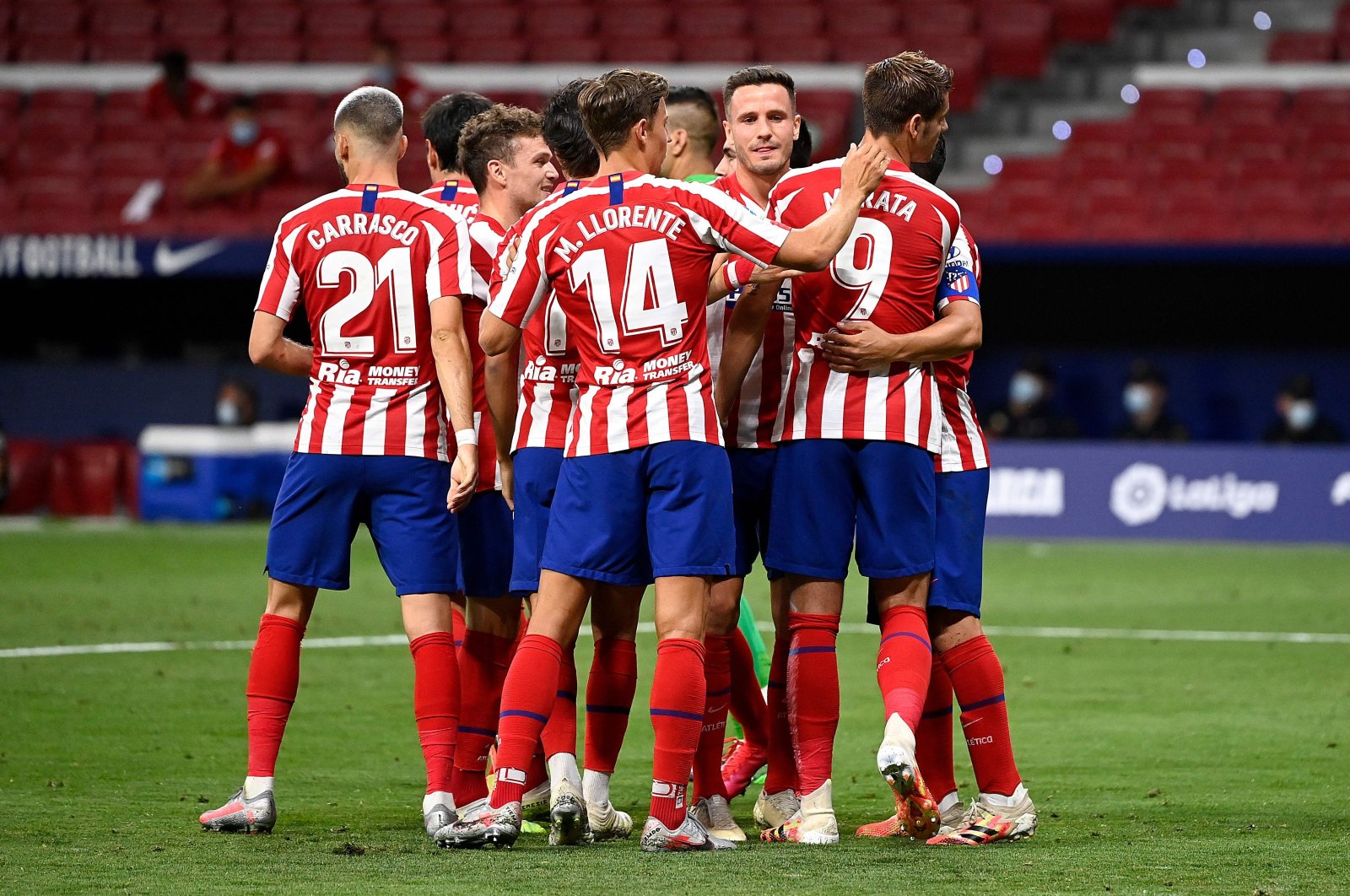 Atletico Madrid's triumph over Liverpool in March was a throwback to a more celebrated past under Diego Simeone, but five months on, the Champions League offers the club a very real opportunity in the present

Atletico Madrid faces Leipzig in Lisbon on Thursday as one of the eight teams still standing, in a tournament that has gifted them the significantly kinder half of the draw.

Knocking out the holders Liverpool at Anfield may prove to be the first glimpse of a new era under Simeone, where the likes of Joao Felix, Marcos Llorente, Jose Gimenez and Jan Oblak push Atletico to challenge for major honors again. Or it could be a last hurrah for the Simeone project, which some believe will never again scale the heights of its incredible La Liga title win in 2014 or runs to the Champions League finals in 2014 and 2016.

Either way, few believed Llorente's two goals in extra-time would be the start of something even more surprising, namely Simeone lifting the cup in May. Certainly nobody anticipated football shutting down completely the following week, as nervousness turned to indignation about Atletico fans traveling to Anfield, before matches behind closed doors became matches postponed indefinitely. And yet when football returned in June, Atletico was transformed. The club went unbeaten in the 11 games after the resumption, to dispel concerns it could miss out on La Liga's four. The team won seven matches and drew four, one of them against Barcelona at Camp Nou, which helped Real Madrid clinch the title. Atletico scored 20 goals and conceded six.

If the season had started when the league restarted, Atletico would have finished second. "We did well and we know we're on a really good streak, but the Champions League is a different competition," Diego Costa said last week.

If Atletico beats Leipzig, who labored to a third-place finish in the Bundesliga, it will face either Atalanta, the tournament's minnows or Paris Saint-Germain, which has played two games in almost half a year. Meanwhile, in the other half, only one of Bayern Munich, Barcelona, Manchester City and Lyon can reach the final. Without a doubt, Atletico's opponents and potential semifinal opponents will be just as eager to capitalize, especially PSG, whose longing for success in the Champions League has come to define it. And it is unknown how Simeone's squad will be affected by the club's announcement Sunday that Angel Correa and Sime Vrsaljko tested positive for coronavirus, with both players, who would likely have been on the bench, left at home.

A required second round of tests Sunday meant preparations had to be tweaked, including delaying the squad's flight to Lisbon from Monday until Tuesday afternoon. But it is hard to shake the sense that as a team, Atletico is very well placed, even if the club has always appeared more comfortable as an underdog under Simeone than burdened by expectation. Even the new format could suit them, in single matches where game management is likely to be key and technical superiority has less time to win out than over the traditional 180 minutes.

A riled Jurgen Klopp said after Liverpool's 1-0 defeat at the Wanda Metropolitano in February that Atletico's backs-to-the-wall approach would not be as effective without their own fans. Yet the team was able to frustrate Liverpool at Anfield too, before winning 3-2 in the second leg. "It's important to accept the new format because once you accept it, you can adapt," said Atleti's Saul Niguez.

Leipzig, meanwhile, was still in the title race in March and considered a threat even in the Champions League, on the back of destroying Jose Mourinho's Tottenham in the last 16. But it has been less effective since the restart and will be less potent without Timo Werner, whose move to Chelsea cruelly prevents him from finishing what he started in the Champions League. It could be Atletico's year.