Stars and strifes: Rapinoe promises athletes will keep speaking out 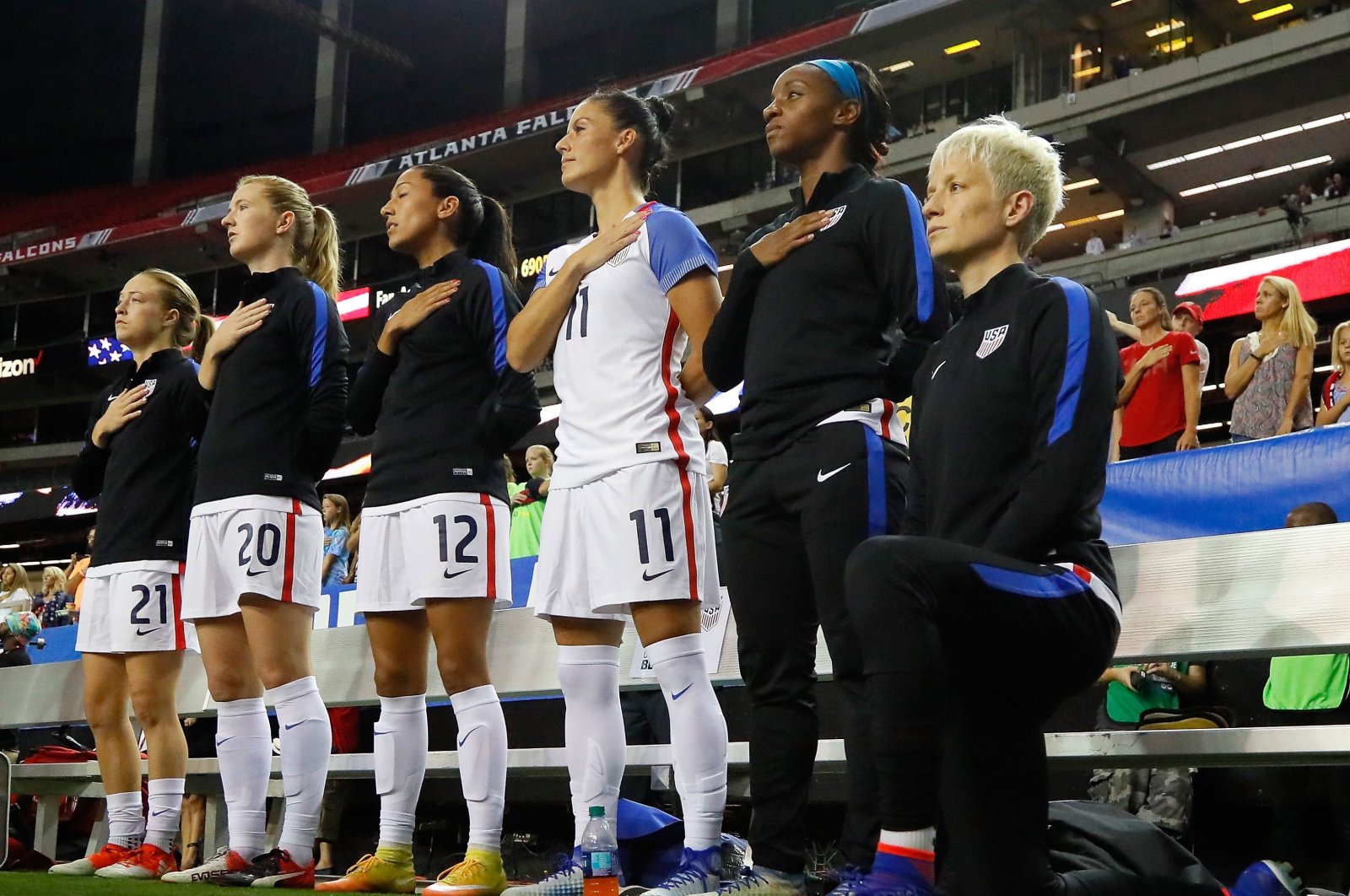 The world knows Megan Rapinoe as a top footballer and fighter for social justice. At age 35 her own career may slowly be drawing to a close, but she told Deutsche Presse-Agentur (dpa) in an interview she is convinced athletes will no longer be silenced.

Rapinoe's protests against racism and for social justice were once a familiar sight, but it has been a while since the world's most famous female player could make her point on the pitch. Political symbolism once flowed as freely as goals and titles for the 35-year-old American but while the coronavirus and health concerns have caused a temporary halt to playing, Rapinoe is confident there will be no return to the "athletes should focus on sport" mantra of the past. "People are now really consciously making the decision: Do I want to get involved or do I not," she told dpa.

The year 2020 has been dominated by the coronavirus but in sports, more and more athletes have been drawn into the social fray. Rapinoe lifted her second Women's World Cup in 2019 while simultaneously dueling with United States President Donald Trump. A year later, the killings of blacks by U.S. police prompted mass uprisings in sports, with few willing to sit out. "I think it was maybe a little bit for white people more of a passive thing that they were kinda like uh, this or that," Rapinoe said. "But now it is kind of like in your face. It is pretty apparent whether or not you are going to make some changes and look inward and help to be part of the solution rather then the problem."

For years athletes were expected to shut up and dribble, score goals, run or hit shots and, perhaps aside from some charity work, do little to improve the world. American footballer Colin Kaepernick reignited the modern debate by kneeling during the national anthem, enraging some and inspiring others – including the 2019 women's World Footballer of the Year Rapinoe who followed suit.

"I mean I think it is significant, but I think the more significant part is sort of: What comes after that?" she said. "You know, I think we are still probably a little bit too focused on the act of kneeling rather than what Colin was talking about."

Sports organizations, normally anxious to keep the genie in the bottle, often have rules against political protests but various sports, including football, are now able to protest on the field of play.

However, the International Olympic Committee (IOC) through their Rule 50 still prevents athletes from speaking out at the Games. The Black Power salutes of Tommie Smith and John Carlos on the podium in 1968 were condemned by the IOC as a violation of its charter and threatened the entire U.S. team with expulsion if Smith and Carlos were not sent home immediately, which they promptly were.

Rapinoe considers this unsustainable in the current climate and sees the Tokyo 2020 Games delayed to next year as a chance for many to make their mark on and off the field. "I mean, they never should have made that rule in the first place," she said. "That was obviously really short-sighted, and stupid (and) defeated the whole purpose anyway. "You are going to have athletes using their voice. I think we've sort of pushed past the point where it is a question or not. There are athletes coming from all over the world. This sort of social justice movement and civil rights movement really spread across the entire world."

Rapinoe published her autobiography in November and concluded with an optimistic note that the battle for justice was picking up. "I think 2020 has the ability to become a huge pivotal moment in our country for a lot of different reasons," she said.