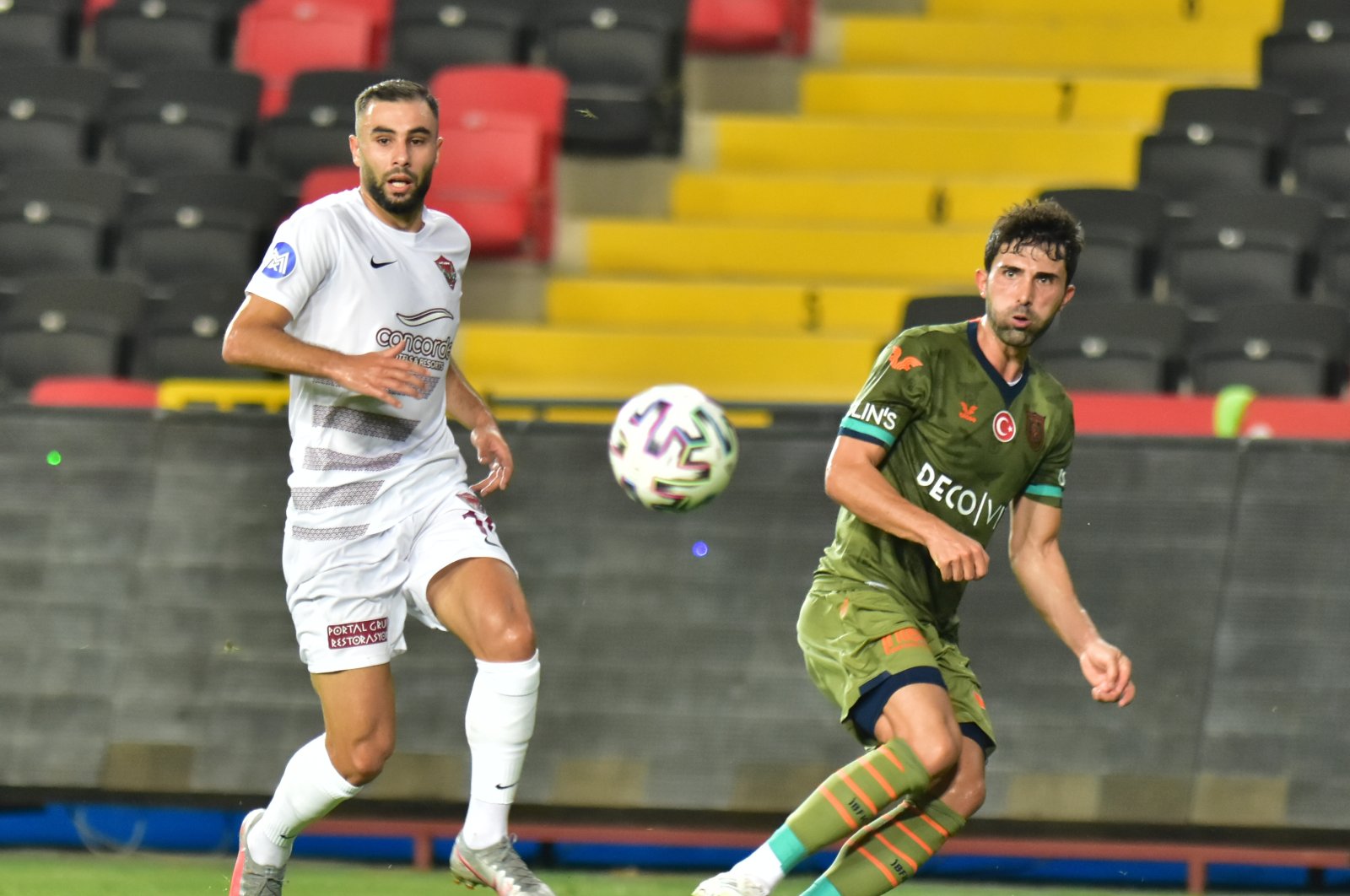 Turkish Süper Lig’s new champion Istanbul Başakşehir got off to a bad start to the new season on Monday, suffering a 2-0 defeat at Hatayspor.

Coming fresh from second-tier Turkish Football Federation (TFF) 1. Lig, Hatayspor made its entrance to the top flight in style, defeating the defending champion with a 36th-minute goal by midfielder Selim Ilgaz and an injury-time finisher by Helder Barbosa.

Başakşehir managed to possess the ball for much of the game but failed to translate possession into goals.

Speaking to the reporters after the match, Hatayspor coach Ömer Erdoğan said he was happy the team achieved its first win in the Süper Lig.

“We didn’t offer them much opportunity throughout the game. We played just as we planned after analyzing our opponent. We were especially successful in our counterattacks,” Erdoğan said, adding that his players hope to “bring color to the league.”

Accepting the blame for the loss, Başakşehir coach Okan Buruk congratulated Hatayspor for the victory.

“We were below our game. I am really sorry that we have lost. I take the responsibility for it. We hope to get ourselves together and play similar to our performance last year,” Buruk said.

Başakşehir will take on Istanbul giant Galatasaray at home next week, while Hatayspor will visit another Istanbul powerhouse, Fenerbahçe, at Şükrü Saraçoğlu Stadium.