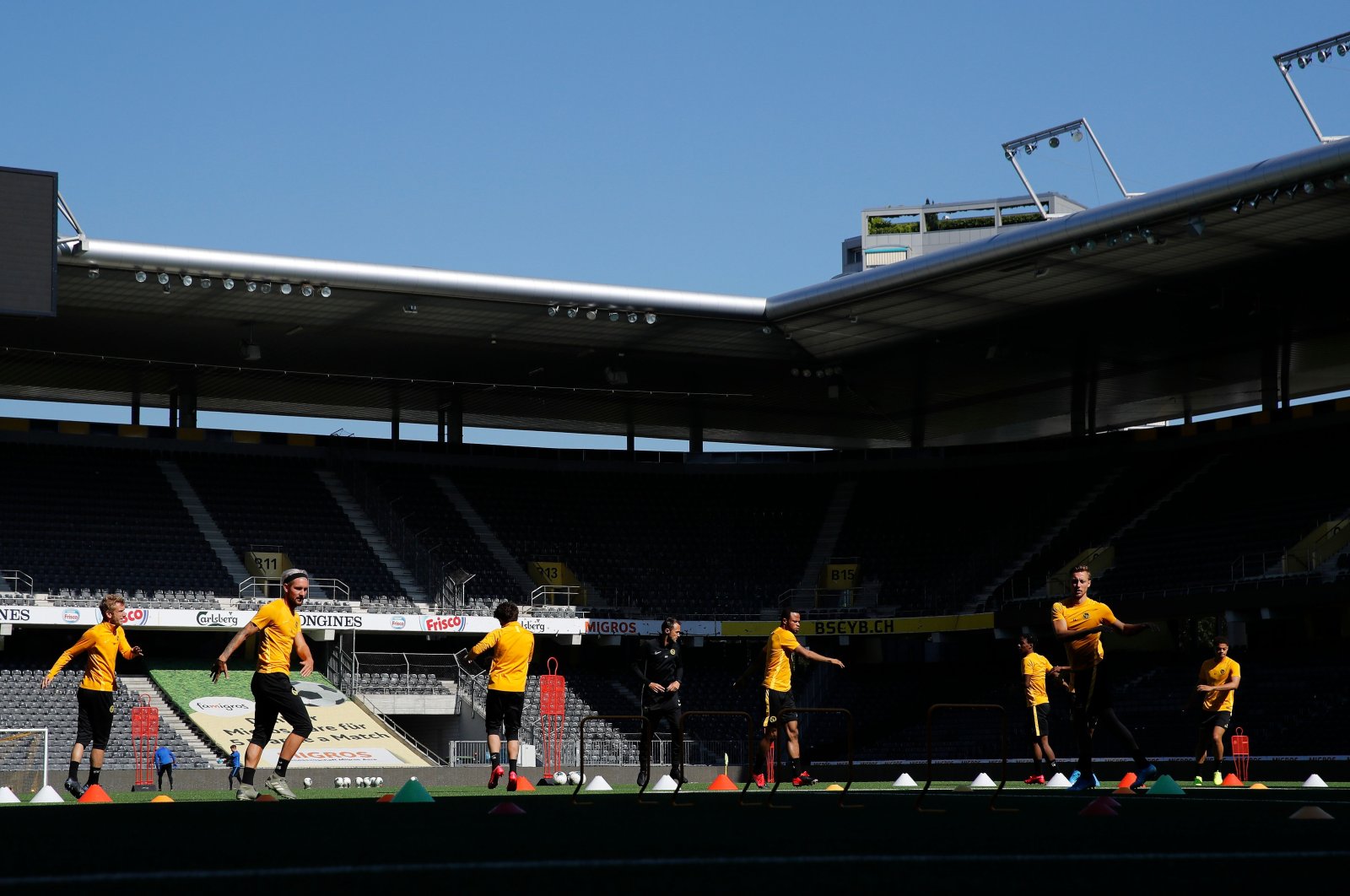 BSC Young Boys' players attend the first training football session following an easing of lockdown rules in Switzerland during the COVID-19 pandemic at the Stade de Suisse stadium in Bern, Switzerland on May 18, 2020. (AFP Photo)
by French Press Agency - AFP May 29, 2020 5:38 pm
RECOMMENDED

The Swiss Football League (SFL) will resume on June 19, its clubs decided Friday, with up to five substitutions permitted per match to reduce the risk of player injury.

The season was the first in Europe to be suspended due to the coronavirus pandemic, with the last matches played on Feb. 23.

Clubs will play two games a week to complete the remaining third of the season by Aug. 2.

The first match on June 19 is provisionally scheduled to take place behind closed doors at the Stade de Suisse in the capital Bern between title-challengers Young Boys and visitors FC Zurich.

"The ball will roll again," the SFL said in a statement, following a meeting of its 20 clubs in Bern.

The teams – 10 each in the Super League top division and the second-tier Challenge League – decided to carry on with the 2019/2020 season, with 17 votes in favor.

"To ensure an orderly resumption of competition, short-term adjustments to SFL regulations are necessary," the league said.

"The clubs decided on a temporary rule change to allow each team to make five substitutions per game... to reduce the risk of injury to players after the long enforced break."

The clubs voted down a proposal to expand the Super League to 12 teams.

The clubs also decided that teams will not be able to field new players or use players whose contracts were terminated to save money, except in cases of severe squad depletion.

Sion, eighth in the Super League, had canceled several players' contracts, including those of former Arsenal pair Alex Song and Johan Djourou.

The Super League plays a 36-game season, with each of the 10 teams facing the others twice at home and twice away.

When the league broke up after 23 matches, St. Gallen were top on 45 points ahead of defending champions Young Boys on goal difference, followed by Basel on 40 points and Servette on 37.

The title winners enter the Champions League second qualifying round.

The SFL statement did not say anything about supporters. The average Super League attendance before the break was 11,166.

Up to 300 people will be allowed to gather in one place from June 6, the Swiss government said Wednesday, while events with more than 1,000 people remain prohibited until Aug. 31.

More than 30,700 people in Switzerland have tested positive for the novel coronavirus and more than 1,650 have died.