Teammates rally around Neymar, urge him to keep playing for Brazil 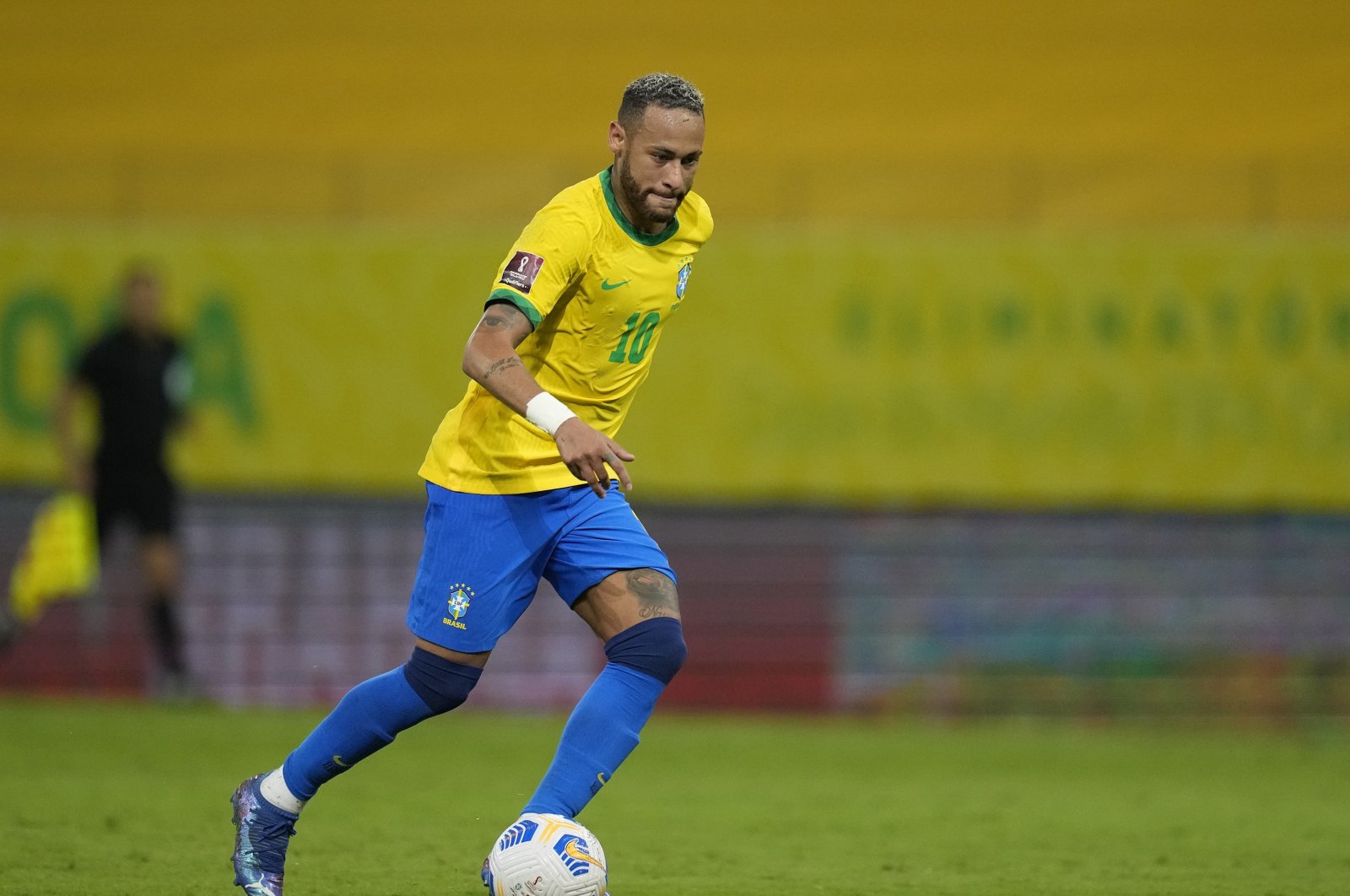 Neymar’s teammates on Brazil's national team voiced their support for him as they try to change his mind after the 29-year-old striker said he might retire from international football following the 2022 World Cup in Qatar.

Neymar said in an interview aired this week that he doesn't know whether he will be able “mentally to endure” more international football after the 2022 World Cup and that he's approaching the tournament as if it is his last.

His teammates rallied around the Paris Saint-Germain player on Tuesday, saying they understand the pressure Neymar faces as Brazil's biggest star.

“We want him to stay with us for many years," midfielder Fred said. "But it is hard to talk about someone else’s head. Sometimes people face a huge pressure. Not only Neymar, but (Lionel) Messi, Cristiano Ronaldo. We want him here, he is one of the best players we have ever seen in Brazil.”

Defender Thiago Silva, a close friend of Neymar's, said at a news conference that the pressure on Neymar is unfair when compared to other players. The striker left the pitch after Sunday's 0-0 draw at Colombia without speaking to journalists after a sub-par performance.

“We forget a lot of what he has done on the pitch and focus on what is not important. He puts a lot of pressure on himself,” Silva said before Brazil's World Cup qualifying match against Uruguay on Thursday. “I hope he doesn't lose his joy, he is a super special kid. When he is happy and doing what he likes he can always deliver and play as well as he has always played. It is better for the team.”

Silva, who played his 100th match for Brazil against Colombia, also used his Instagram account to boost his friend’s morale.

“If you ever need someone to be strong for you, know that I will always be here! The Silva family loves you,” the defender said in a post that included a picture of himself hugging Neymar.

Everton striker Richarlison, who is out with a knee injury, tweeted a picture of a banner carried by fans in Manaus, where Brazil will play on Thursday, that read: “Neymar, if you played in heaven I would die to watch you."

Neymar has had a disappointing start to the club season after a failed attempt to win his first Copa America title with the national team in July. The Selecao lost the final to Argentina.

The striker missed 17 passes against Colombia, looked slow on the pitch and rarely took on defenders during the game in Barranquilla. Local media suggested he should be rested in the next international window in November.