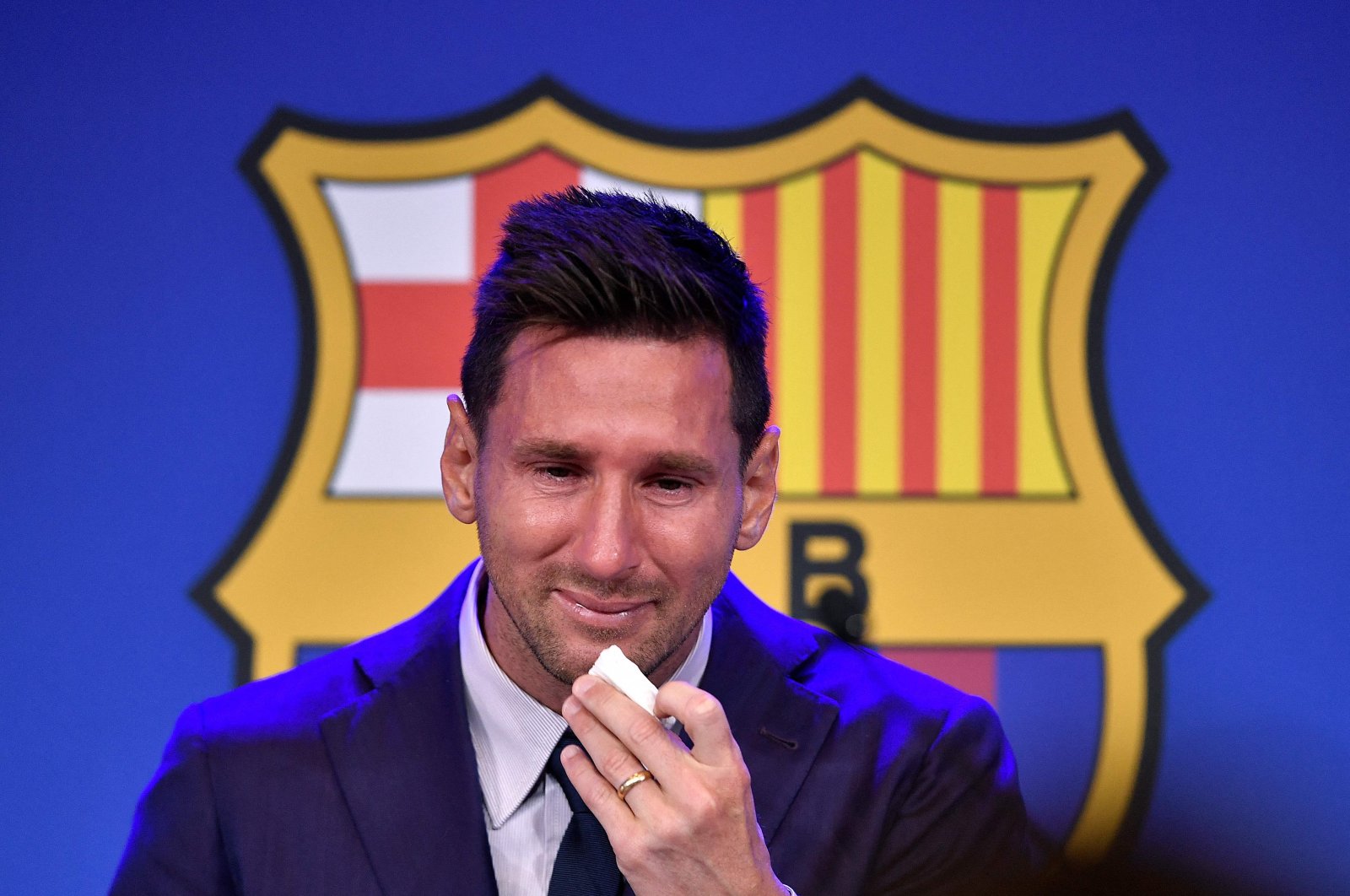 Lionel Messi broke down in tears as he confirmed Sunday he was leaving Barcelona after the club said it could no longer afford to pay the Argentine's high wages.

He also confirmed he was in negotiations with French club Paris Saint-Germain over a possible move.

French newspaper L'Equipe reported on Sunday that the Argentine will travel to the French capital either Sunday or Monday to undertake a medical and finalize his deal with the Qatar Sports Investment-owned club.

While Messi did not confirm he would definitely join the Parisians, he said his plans were to carry on playing as long as possible.

"As long as I go on being competitive and as long as my body responds (I'll carry on playing)," he told a news conference.

"As long as I can, I will carry on competing."

"I tried to behave with humility and respect and I hope that is what remains of me when I leave the club," said an emotional Messi as hundreds of fans, many wearing his No. 10 jersey, massed outside Barca's Camp Nou stadium to bid farewell to the player they called Messiah.

The 34-year-old, who has been at the club for 21 years, becoming its all-time goalscorer with 682, broke down in tears before giving a speech and was greeted by a lengthy standing ovation from the media, current and former teammates and coaches in attendance.

Messi said he believed he would be staying at the club, with a five-year deal agreed on a 50% pay-cut, only for a surprise U-turn to happen late last week.

"Honestly, when the elections happened (in March), I spoke with (club president Joan) Laporta, we had dinner and after that, I was convinced I would be staying," he said.

All 35 trophies he won during his time at the club were laid out for what the club described would be a private photo session after the news conference.