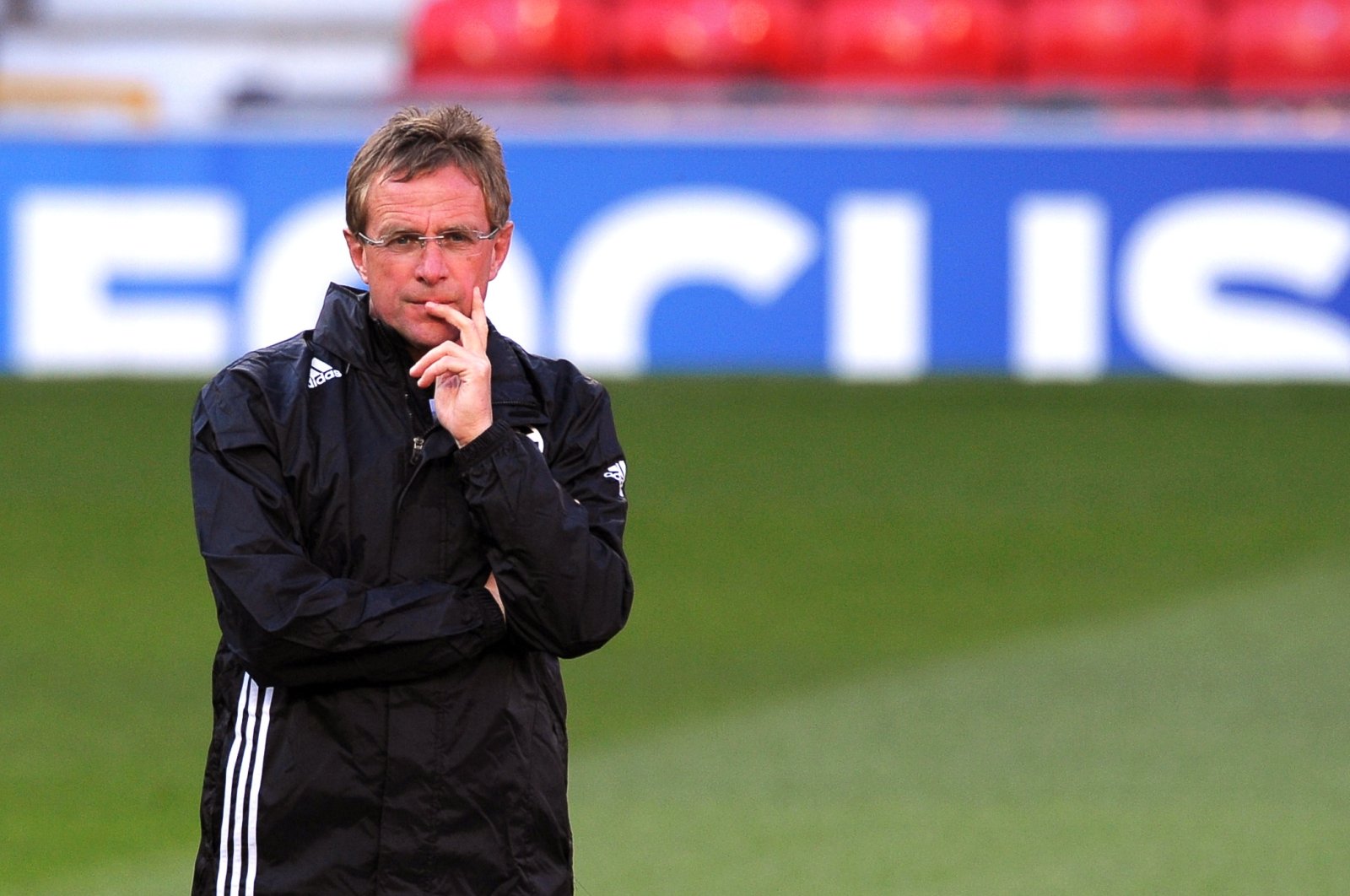 Ralf Rangnick is often called the "The Professor," owing to his studious approach to football. Now the German veteran, who once mentored the likes of Jurgen Klopp and Thomas Tuchel, will use his methods to revive the troubled Premier League giant Manchester United.

United hired Rangnick on Monday after Ole Gunnar Solskjaer was sacked last week following a humiliating 4-1 defeat at Watford that featured the kind of confusion and lethargy that are anathema to the German.

Solskjaer's failed reign was defined by an acute lack of coherent game-planning.

But Rangnick's role in championing the "gegenpressing" (counterpressing) philosophy popularised by Liverpool boss Klopp suggests United is about to be dragged into the 21st century.

United lured Rangnick from his role as Lokomotiv Moscow's head of sports and development after learning Paris Saint-Germain was not willing to part with Mauricio Pochettino at present.

That could turn out to be a blessing in disguise if the 63-year-old can emulate the success enjoyed by his devoted pupils at Liverpool and Chelsea.

Klopp used Rangnick's tactics to become a Premier League and European champion at Liverpool, while Chelsea boss Tuchel is an ardent admirer after United's new manager gave him his first coaching job at Stuttgart.

Rangnick rejected an interim offer from Chelsea in January, paving the way for Tuchel to win the Champions League in his first season with the Blues.

Klopp and Tuchel swear by the intense scheme Rangnick first adopted after watching Valeriy Lobanovskyi's Dynamo Kyiv in the 1980s.

"That was my football epiphany. I understood that there was a different way of playing," Rangnick said.

The German's obsession with his players' reaction times in training is fueled by his desire to deploy high-tempo pressing tactics during matches.

When Klopp's Borussia Dortmund suffered an eye-opening 4-1 defeat against Rangnick's Hoffenheim in 2008, he immediately learned lessons from his counterpart's style.

In an interview with the Coaches' Voice website, Rangnick said: "Our idea is clear: it's very similar to my almost-coaching friend Jurgen Klopp. Our football is very heavy metal, rock and roll and it's not slow balls."

Reacting to Rangnick's appointment, Klopp said it was not good news for United's rivals.

"Ralf is obviously a really experienced manager," he said. "Unfortunately a good coach is coming to England."

It will be fascinating to see if Rangnick can persuade Cristiano Ronaldo to carry out his demands after the striker's apparent unwillingness to get his hands dirty this season.

Ronaldo is not the only United star who might benefit from Rangnick's arrival, with their often shambolic defending one area his rigorous approach could clearly improve.

Rangnick was one of the first coaches to hire video analysts and sports psychologists and while he once had a no-nonsense style, he has changed with the times.

"Modern-day leadership is about being persuasive and creating a motivational basis so every day the players will want to come in and get better," he said.

"This is about trust and empathy and human relationships."

Lutz Pfannenstiel, who worked with Rangnick at Hoffenheim, believes his methodology is ideally suited to lifting United out of its malaise.

"We like to call him in Germany, the football professor. Everything he does is very well thought-out, the way he puts structures in place at every club is something amazing," Pfannenstiel told the BBC.

A self-confessed Anglophile, Rangnick studied English and physical education at the University of Sussex in the 1970s.

He also played non-league football for Southwick during that spell in England and once worked as an intern at Arsenal.

Rangnick built his coaching resume in Germany with spells at Stuttgart, Hannover, Hoffenheim, Schalke and RB Leipzig, where he was last in the dug-out in 2019.

Rangnick has only won one major trophy, the 2011 German Cup with Schalke.

But he did take Schalke to the Champions League semifinals in 2011, losing to Alex Ferguson's United, and led Hoffenheim to the Bundesliga with successive promotions.

After his six-month interim regime, Rangnick has agreed to take on a consultancy role at Old Trafford for two further years.

By the time he steps away, United hopes Rangnick's lessons will have raised the bar at a club that has fallen a long way since its glory days under Ferguson.