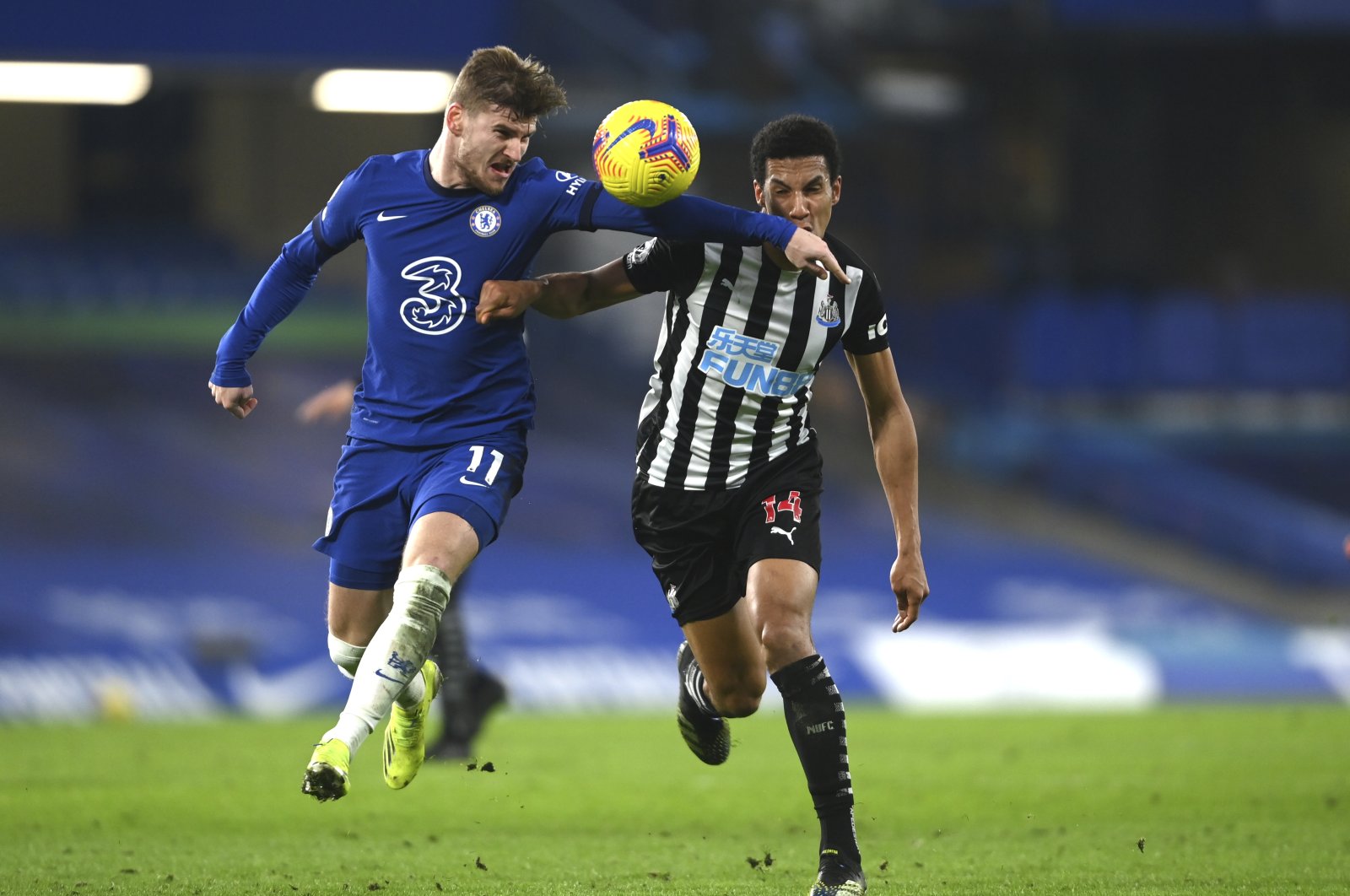 Timo Werner ended his Premier League goal drought as the Chelsea forward sealed a 2-0 win against Newcastle that lifted the Blues into fourth place Monday.

Werner netted late in the first half at Stamford Bridge after setting up Olivier Giroud's opener for Thomas Tuchel's revitalized team.

It was a cathartic moment for Werner, who had gone 14 league games without a goal since scoring against Sheffield United in November.

The 24-year-old's only goal in his previous 19 matches in all competitions had come against minnows Morecambe in the FA Cup.

Werner was heralded as one of the best young strikers in Europe after his 50 million pounds ($69 million) move from Leipzig in the close-season.

That hype has seemed misplaced during a difficult first season in England, but his 10th goal for Chelsea capped a lively performance that hinted at better things to come.

"As a striker, you always want to score. The last month was hard. I was not happy. Glad I scored today," said Werner, who praised his compatriot Tuchel's role in his performance.

"It's helped me that someone can scream at me in German! He's a really good guy and has a good idea of the football we want to play."

Tuchel added: "Timo was decisive with an assist and goal. I'm very happy with that, and he was working hard in the last few matches."

Tuchel is yet to lose in six games since replacing the sacked Frank Lampard in January, with five successive victories in all competitions suggesting the former Paris Saint-Germain boss could prove a shrewd appointment.

Chelsea is back in the Champions League places – the minimum requirement for a Blues boss – after climbing above West Ham on goal difference.

Tuchel is also two points above his fellow German Jurgen Klopp, whose troubled champion Liverpool is languishing in sixth place.

"Top four is the target and stays the target, there are many teams behind us chasing," Tuchel said.

"We had many points to recover, and it stays a big challenge because many games are coming. We are going to play teams from the top and bottom, every game is difficult, and we will keep fighting."

Cesar Azpilicueta went close early on as his header beat Newcastle keeper Darlow but was nodded off the line by Dwight Gayle.

Forward Tammy Abraham was replaced by Giroud after suffering an ankle injury in a challenge with Jamaal Lascelles.

Werner was inches away from scoring when he stretched to reach Alonso's header, but the German's toe-poked effort drifted just wide.

Showing signs of emerging from his slump, Werner provided the assist for Giroud's 31st-minute opener.

Moments after needing treatment for a cut lip, Werner whizzed past Emil Krafth with a clever shimmy and sent a low cross into the Newcastle area.

Darlow could only push it out to Giroud and the French striker lashed home from 10 yards for his first goal in six games.

With Chelsea well on top, Werner finally got back on the scoresheet in the 39th minute.

Mason Mount's corner was flicked onto the far post, and Werner just about scrambled it into the net from close-range, with his wait to celebrate delayed just a few seconds longer while the video assistant referee (VAR) ruled there was no handball by Giroud before the goal.

After exactly 1,000 minutes and 31 shots, Werner had a smile on his face at last.

Chelsea keeper Kepa Arrizabalaga was preferred to Edouard Mendy as the much-maligned Spaniard made only his fourth league start this season and his first since October.

Kepa repaid Tuchel's faith with a good stop from Jonjo Shelvey's free-kick in the second half.

Despite their revival under Tuchel, Chelsea is not the finished article and Newcastle exposed a few flaws in their defense, only to find the error-prone Kepa in unusually obdurate form.

Joe Willock flicked just wide from close-range, then drew a fine save from Kepa, who dived to his left to keep out the on-loan Arsenal midfielder's header.