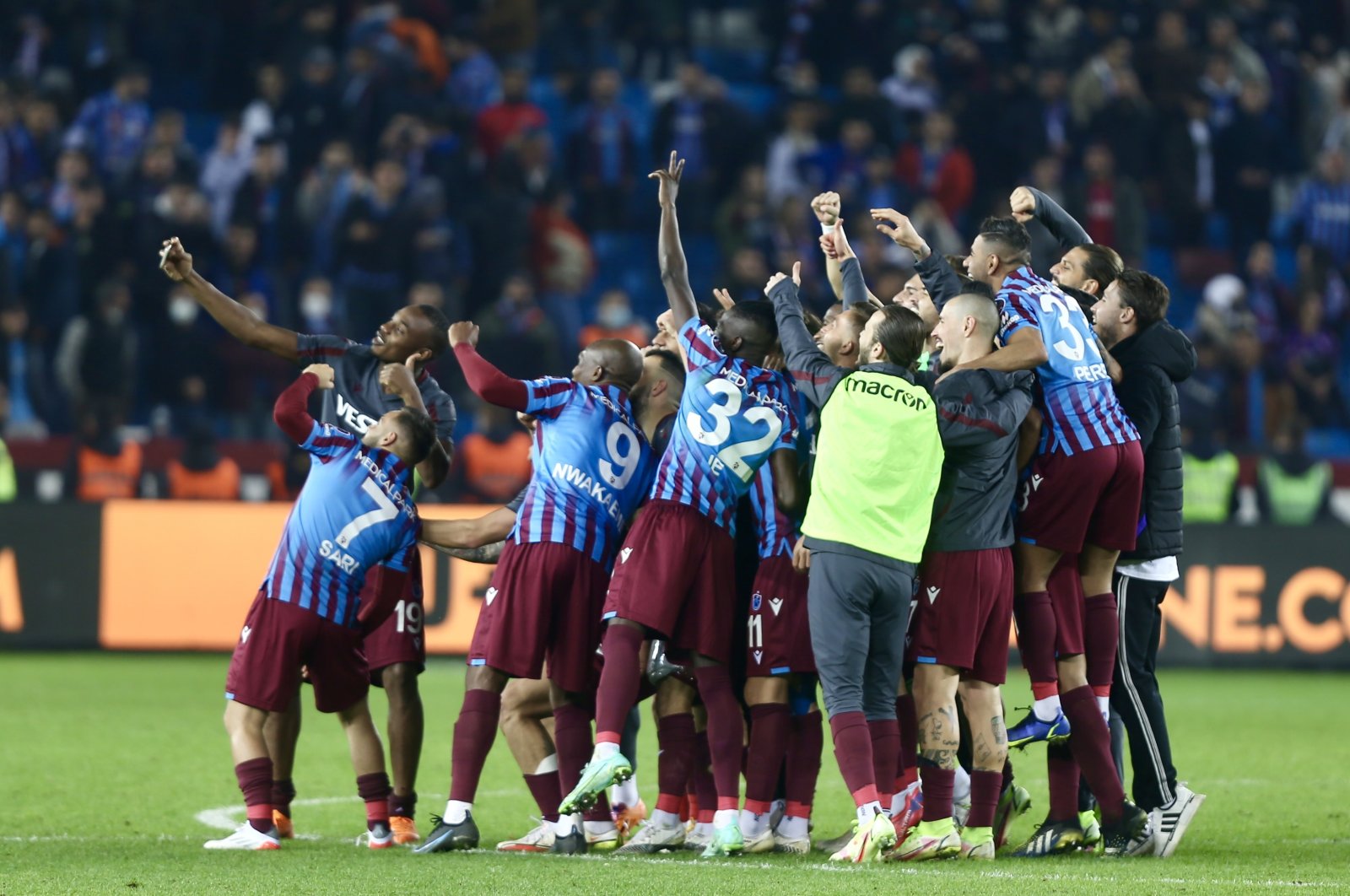 Trabzonspor maintained its lead at the top of the Turkish Süper Lig and also its unbeaten record as it defeated Adana Demirspor with two goals while keeping a clean sheet at the Medical Park Stadium, further extending its unbeaten run to 15 matches this season.

The Black Sea team's goals came from Anthony Nwakaeme in the 26th and Marek Hamsik in the 54th.

The result saw Trabzonspor increase its points tally to 39 with 12 wins and three draws as it continued its lead at the top of the table with 13 points ahead of its closest rivals Konyaspor and Hatayspor both of which have 26 points with a game in their hands.

The win also meant that Trabzonspor broke its record for the longest unbeaten run in 26 season, since the 1995-96 season.

The Black Sea Storm, under the leadership of Abdullah Avcı, has been undefeated in 27 official Süper Lig matches since its 3-1 loss to Alanyaspor in the 29th week of last season, winning 16 and drawing 11 in the meantime.

The club has its sets set squarely on the elusive Süper Lig title as it collected the maximum 24 points in the last eight matches.

It was joyous occasion for the team, albeit marred by a scary injury as striker Andreas Cornelius was injured in the sixth and could not continue the match.

The Danish player who received a blow to his forehead as he clashed with Adana Demirspor's Samet Akaydın. Cornelius was carried off in a stretcher and was later reported to have received eight stitches in the hospital.

Meanwhile, Istanbul giant Galatasaray continued its winless streak as it drew 2-2 against Altay at home, falling 16 points behind the leader Trabzonspor.

The away side started the match well at Nef Stadium as Altay's Cesar Pinares found the back of the net in the 17th minute.

Galatasaray's response came not long after as Halil Dervişoğlu scored in 34th, and the first half ended in balance.

In the second half, Galatasaray took control of the match but couldn't break the deadlock until the 79th as Mbaye Diagne's goal put his team on the front.

However, the home side could not prevent Karamoko Bamba's goal from the penalty spot in the 86th, and the match ended in a 2-2 draw.

With that scoreline, Galatasaray sits at sixth in the Süper Lig with 23 points while Altay is 13th in the standings with 18 points.