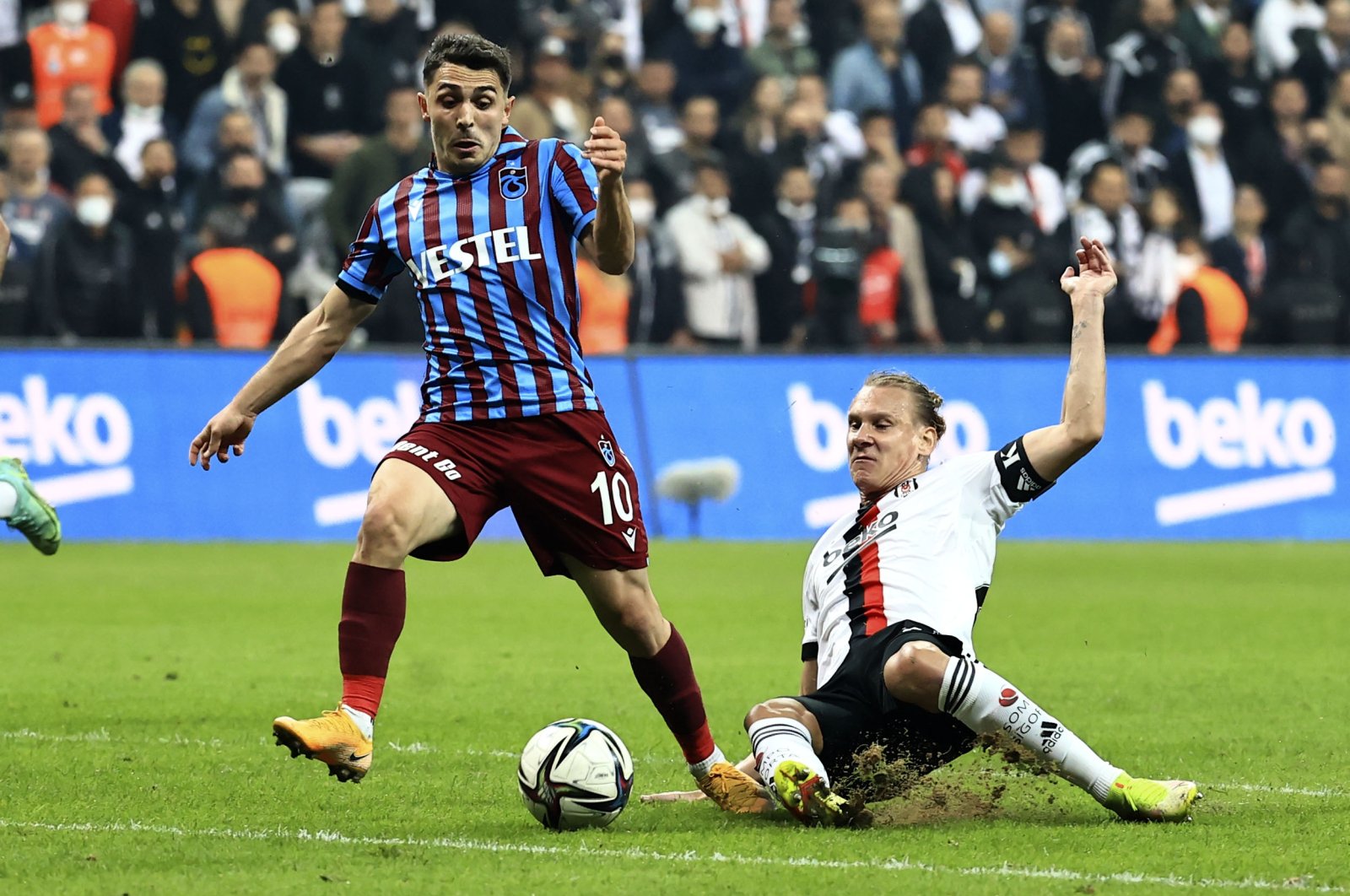 Trabzonspor took an away 2-1 win against Beşiktaş in the Turkish Super Lig week 12 game on Saturday.

The Black Sea Storm found the first goal late against the Black Eagles with midfielder Abdulkadir Omur in the 49th minute, just before the end of the first half, at the Vodafone Park in Istanbul.

But Trabzonspor crushed their opponents' hope for a draw with Danish attacker Andreas Cornelius' late goal in the 96th minute.

During extra time, Trabzonspor goalie Ugurcan Cakir was shown a second yellow card and sent off with a red in the 102nd minute, and the game ended 2-1.

Trabzonspor remains undefeated and has solidified its place at the league's top spot with 30 points, while Beşiktaş is ranked fourth with 20 points.