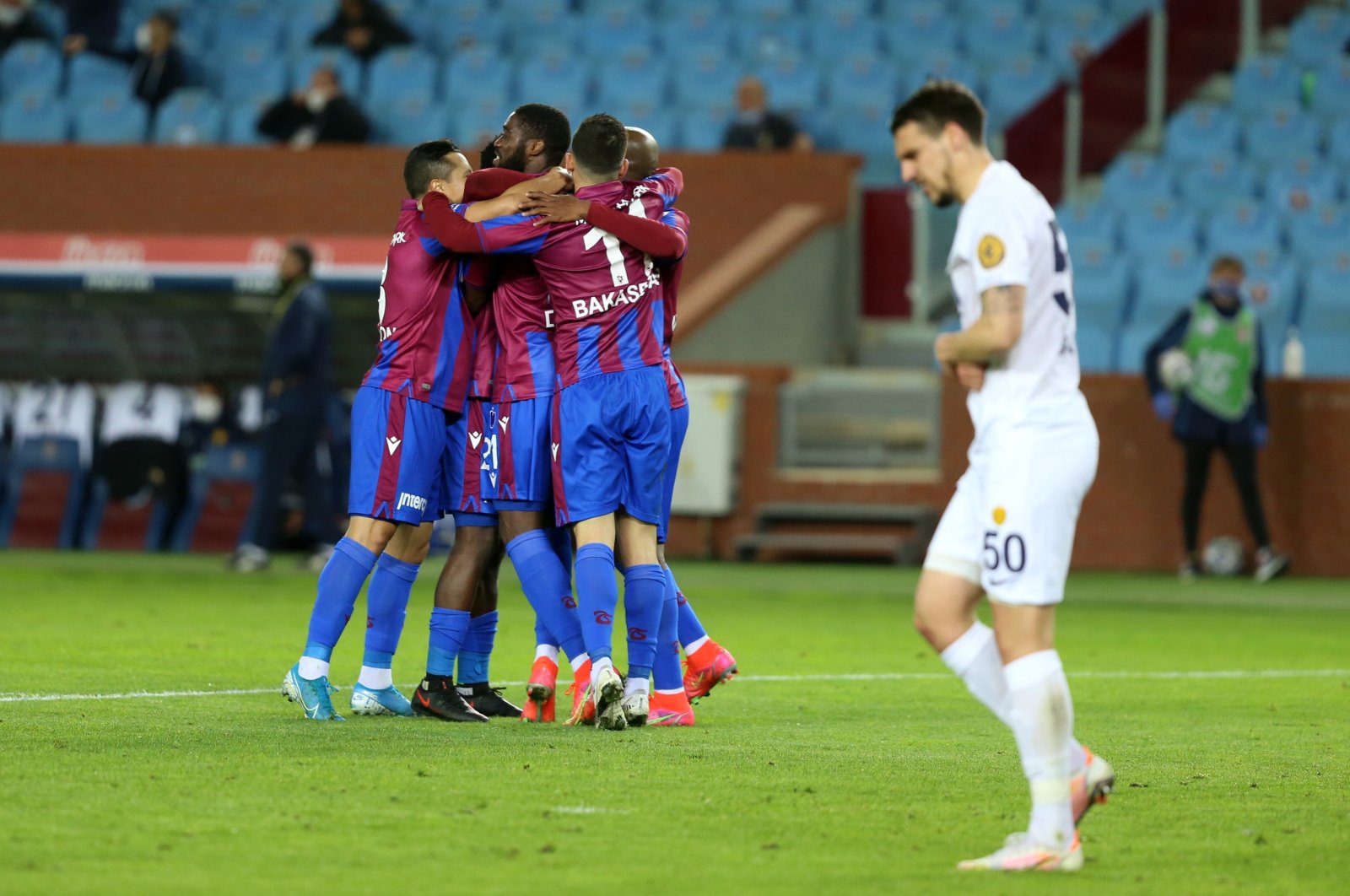 Host Trabzonspor's Ghanaian winger Caleb Ekuban scored the opener in the eighth minute at Medical Park, finishing in the box.

Ankaragücü from the Turkish capital leveled the score in the 26th minute when Ibrahim Akdağ successfully converted from the spot.

In the 30th minute, Trabzonspor's Djaniny quickly dribbled into the box after winning the ball in the midfield area and passed Ankaragücü goalkeeper Ricardo Friedrich to put the ball into Ankaragücü's net. The goal made things easier for Trabzonspor.

In the 38th minute, Friedrich was replaced by Korcan Çelikay after the Brazilian was injured.

In the 94th minute, Trabzonspor's Edgar made it 4-1 from a Yusuf Sari took freekick. Çelikay parried it but Edgar got to the rebound and scored from close range.

Trabzonspor secured the win after being beaten by Aytemiz Alanyaspor 3-1 and then drawing 0-0 with Erzurumspor last weekend.

With the win, fourth-placed Trabzonspor has 55 points in 30 matches. It is closely following Fenerbahçe, who has had 58 points in 29 games.

Ankaragücü is now in the 17th position with 29 points. The Ankara team is feeling the heat from the relegation zone.

Meanwhile, Demir Grup Sivasspor beat Göztepe 5-3 in an away match.

Sivasspor had a 5-0 lead for an hour after forward Mustapha Yatabare and winger Tyler Boyd each scored twice. Sivasspor's Faycal Fajr scored the other goal with a classy shot from outside the area in Izmir's Gursel Aksel Stadium.

However, Göztepe came alive with three goals in the last 30 minutes of the clash when forward Cherif Ndiaye, defender Titi and winger Fousseni Diabate scored for the Izmir-based club.

But the late heroics fell short as Sivasspor clinched the victory.