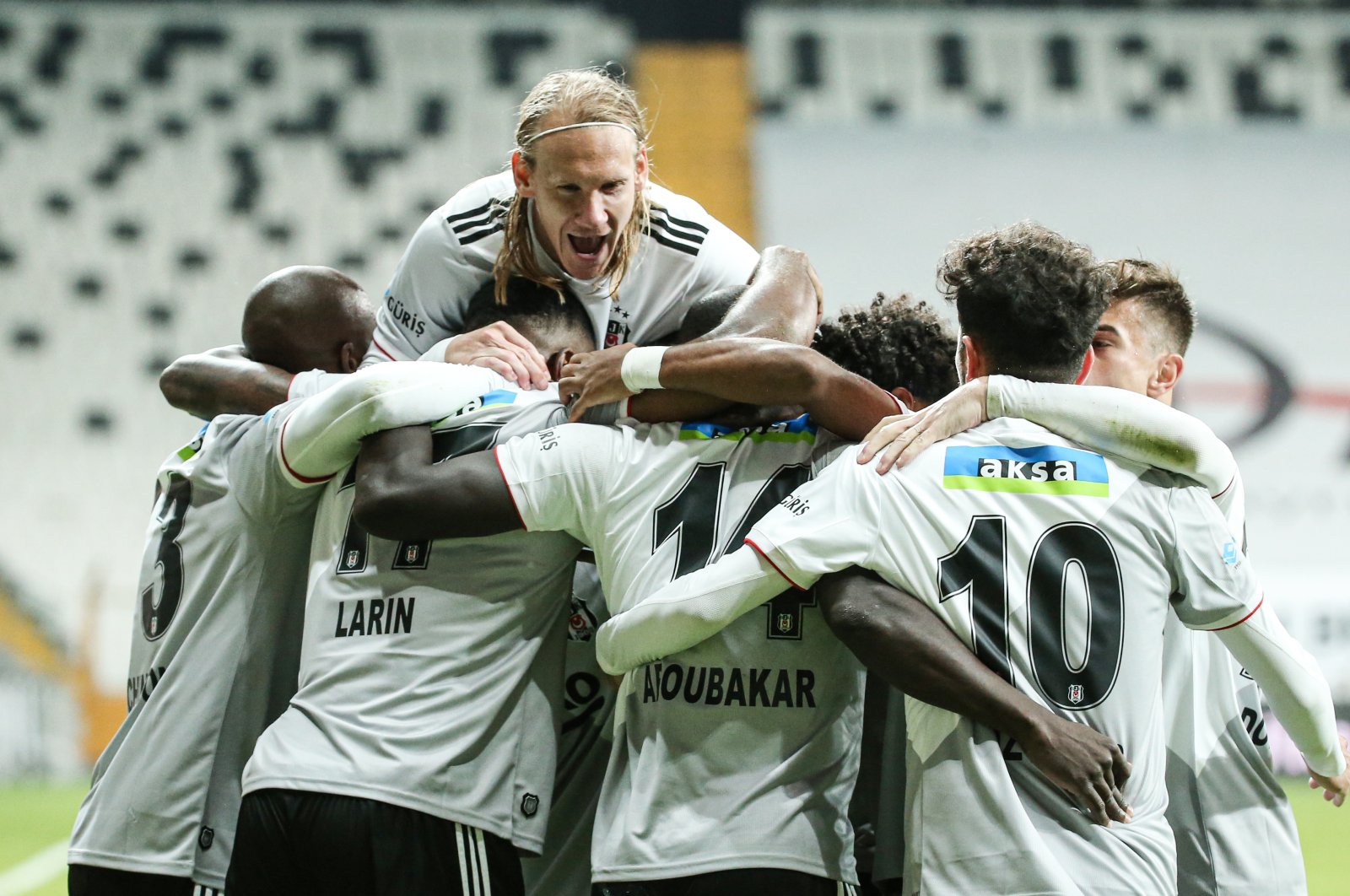 Struggling to find its pace since the start of Süper Lig season, Beşiktaş hopes to turn things around with a win against Fenerbahçe in Sunday’s derby

Turkish Süper Lig’s Week 10 will kick off Friday with the Black Sea powerhouse Trabzonspor visiting Ankaragücü, followed by a slew of matches in the buildup to Sunday, when the two Istanbul giants Fenerbahçe and Beşiktaş will face off for the highlight of the weekend.

Starting with the opening match, last year’s runner-up Trabzonspor will visit the capital Ankara for a meeting with bottom-placed Ankaragücü.

Making its worst start to the season in decades, Trabzonspor appeared to be reversing the crisis after bringing veteran coach Abdullah Avcı on board.

Following the departure of Eddie Newton, Trabzonspor appointed Avcı and saw an immediate return for the decision, as the Black Sea side ended its five-match win drought in the first game under Avcı’s helmsmanship with a 1-0 victory against Erzurumspor.

Standing at the bottom of the table with just two points in seven matches, a winless Ankaragücü should pose no threat to Avcı’s hopes for elevating Trabzonspor further in the league’s standings.

From starting the season with no goals scored in four matches to winning four games in a row and defeating Premier League giant Manchester United in the Champions League, Başakşehir had a dreamlike run while it lasted.

But like all good things, the Istanbul side’s run has come to an end. Başakşehir first had its streak ended by Beşiktaş with a 3-2 defeat in Vodafone Park, which was followed by a 4-1 revenge by Manchester United on Tuesday.

Considering Başakşehir’s chances of advancing in the Champions League look slim with only three points and two games left to go, the Süper Lig might be the final bastion for coach Okan Buruk two weeks later when the group stages end.

And in a failed European campaign scenario, Buruk will have to keep his players in contention for the league title to keep complaints at bay. Standing at sixth place with 13 points, a loss could make Başakşehir fall further behind the leading pack.

Lucky for Buruk, his side will be the firm favorite as Denizlispor is the second-worst performing team of the Süper Lig so far, standing above Ankaragücü with only five points.

Shortly after Başakşehir’s match, Galatasaray will visit Rizespor for a chance to inch toward the leader’s spot.

Ever since the beginning of the season, Galatasaray has been the most inconsistent among the Süper Lig’s major teams. Defeating Sivasspor 2-1 at an away game two weeks ago, Fatih Terim’s men stumbled once again after they were held to a 1-1 draw by a 10-man Kayserispor at home.

Following the early exit from Europa League and the lackluster performance, Terim has received his fair share of criticism, and to silence the voices raised last weekend, he needs a win against Rizespor.

Sunday will start with Alanyaspor-Konyaspor and Kasımpaşa-Gençlerbirliği matches at the same time but come evening, the marquee event of the weekend will take center stage when Fenerbahçe and Beşiktaş meet at Şükrü Saraçoğlu Stadium.

While Sunday’s clash is of utmost importance for both sides, as derbies go, it will be crucial for Beşiktaş and its coach Sergen Yalçın.

Just like Terim, Yalçın had to cope with ever-increasing voices calling for his resignation after Beşiktaş was knocked out of the Europa League in qualifying rounds.

But unlike Terim’s Galatasaray, Beşiktaş sits at seventh place and could fall to the bottom half of the table should Yalçın’s men lose.

Following Beşiktaş President Ahmet Nur Çebi’s public backing of Yalçın and the Başakşehir win, the embattled coach seems to be safe for now, but Fenerbahçe could easily send its fragile rival back into meltdown with a defeat.

To make matters worse for Yalçın, Beşiktaş hasn’t been able to win a Süper Lig match at Fenerbahçe’s home in more than a decade. The last time the Black Eagles won a league match at Şükrü Saraçoğlu was in 2005.

While the previous meetings between the two only indicate that the Yellow Canaries are a tough bunch to defeat at home, one thing is certain, it will be a spectacle for fans.

Despite the “intercontinental derby” between Galatasaray and Fenerbahçe being named the most important in the Süper Lig, Beşiktaş-Fenerbahçe clashes have been much more enjoyable for fans due to the sheer number of goals scored.

With some luck, football fans will be witnessing a goal bonanza in a league that went stagnant for some time.