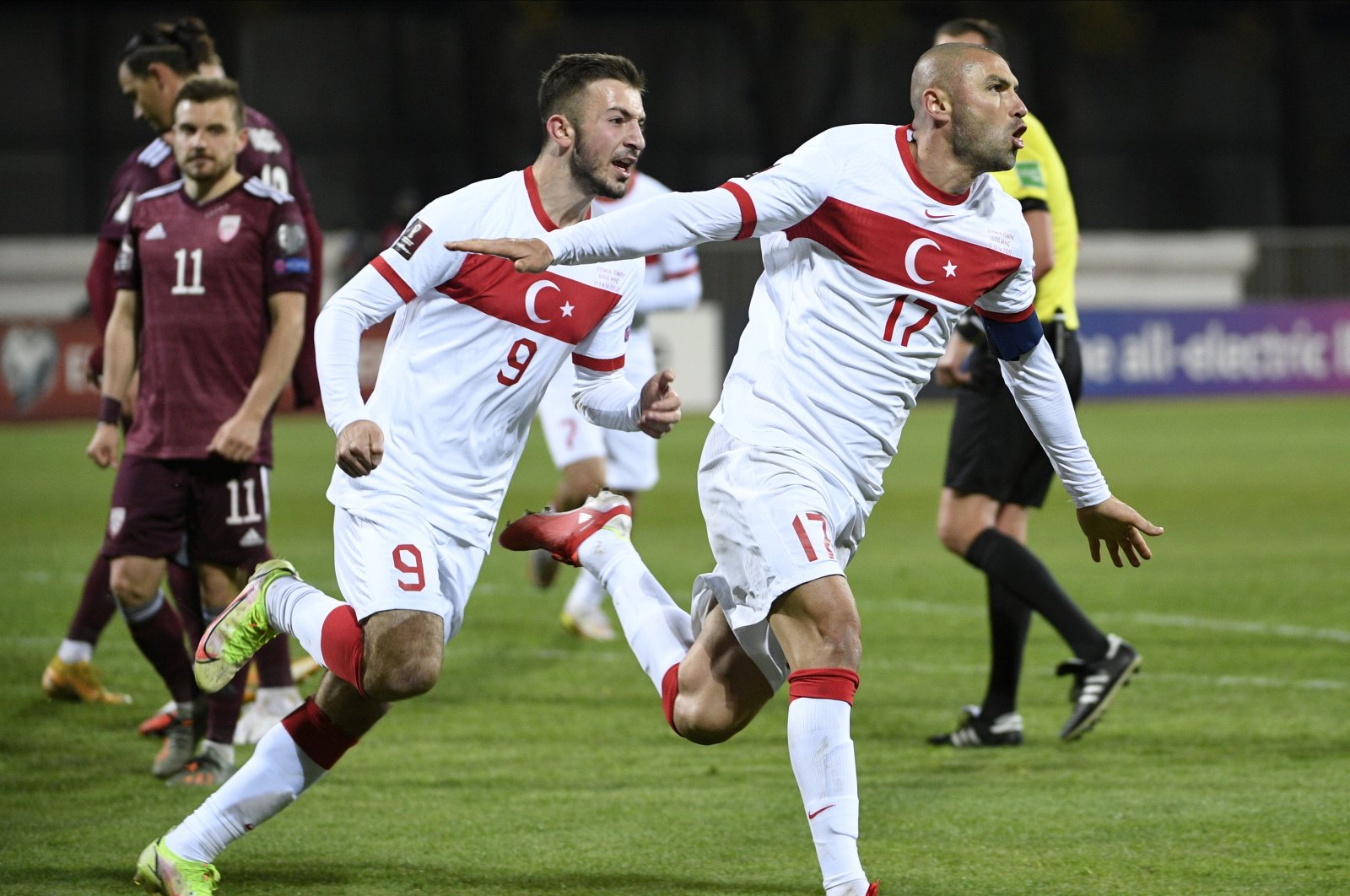 Turkey snatched a 2-1 win against Latvia on Monday as Burak Yılmaz scored the winner from a penalty spot deep in second-half stoppage time, reviving the team's hopes of qualifying for the FIFA World Cup Qatar 2022.

Hosts Latvia took the lead in the 70th minute when Turkey's Merih Demiral fired into his own net while attempting to clear a cross from Roberts Savalnieks. Serdar Dursun equalized for Turkey in the 75th minute when he headed in a cross from Cengiz Ünder.

Turkey dominated possession throughout, with Latvia repeatedly looking to hit back on the counterattack. The hosts looked to have held on until Yılmaz was brought down in the penalty area in the ninth minute of injury time.

After consulting VAR, the referee pointed to the spot and Yilmaz fired the ball into the net to seal the victory.

The win leaves Turkey in third spot at 15 points, two points behind Norway and four behind Group G leader the Netherlands with two matches left to play.

Norway's Mohamed Elyounoussi struck twice while a heroic defensive effort ensured a 2-0 win over Montenegro to keep alive the home side's hopes of making the finals for the first time since 1998.

Norway took the lead in the 29th minute as a short corner found its way to Holmgren Pedersen and his cross was headed back across goal by Stefan Strandberg to Mohamed Elyounoussi who stooped to head into the net.

Elyounoussi could have had a second six minutes after the break but a touch by goalkeeper Matija Sarkic deflected Birger Meling's low cross just enough to ensure the forward could not get a touch on the ball to steer it home from close range.

Norway took a risk by playing with a high backline and they were almost punished when Stevan Jovetic found Adam Marusic with a sublime ball in behind, but the striker's first touch was too heavy and the ball ended up going wide as Norway had to withstand massive pressure for the rest of the game.

Montenegro had Marko Vesovic sent off in second-half stoppage time for two yellow cards in quick succession before Elyounoussi struck a beautiful curling drive to keep Norway in the running for a place at the 2022 World Cup in Qatar.

Memphis Depay continued his goal-scoring spree for the Netherlands as they thrashed Gibraltar 6-0 to stay on course for automatic World Cup qualification.

Depay scored twice, including one from the penalty spot while squandering another spot-kick, to take his goal tally in the qualifiers to nine – more than any other player from a European team.

Captain Virgil van Dijk opened the scoring with a ninth-minute header from a Depay corner, the defender's first goal since his return from last season's knee injury. There were also second-half goals for Denzil Dumfries, Arnaut Danjuma and Donyell Malen.

“I am really happy to have scored for the first time in a really long time,” Van Dijk told Dutch broadcaster NOS.

Depay had a 19th minute penalty saved by Gibraltar debutant Bradley Banda but then made up for it with a tap-in from close range two minutes later before netting his second penalty effort on the stroke of halftime.

It was a fourth win in a row for veteran coach Louis van Gaal, who was brought back to help ensure World Cup qualification after Frank de Boer resigned following the team's Euro 2020 failure.