Turkey draws 3-3 with Croatia in friendly 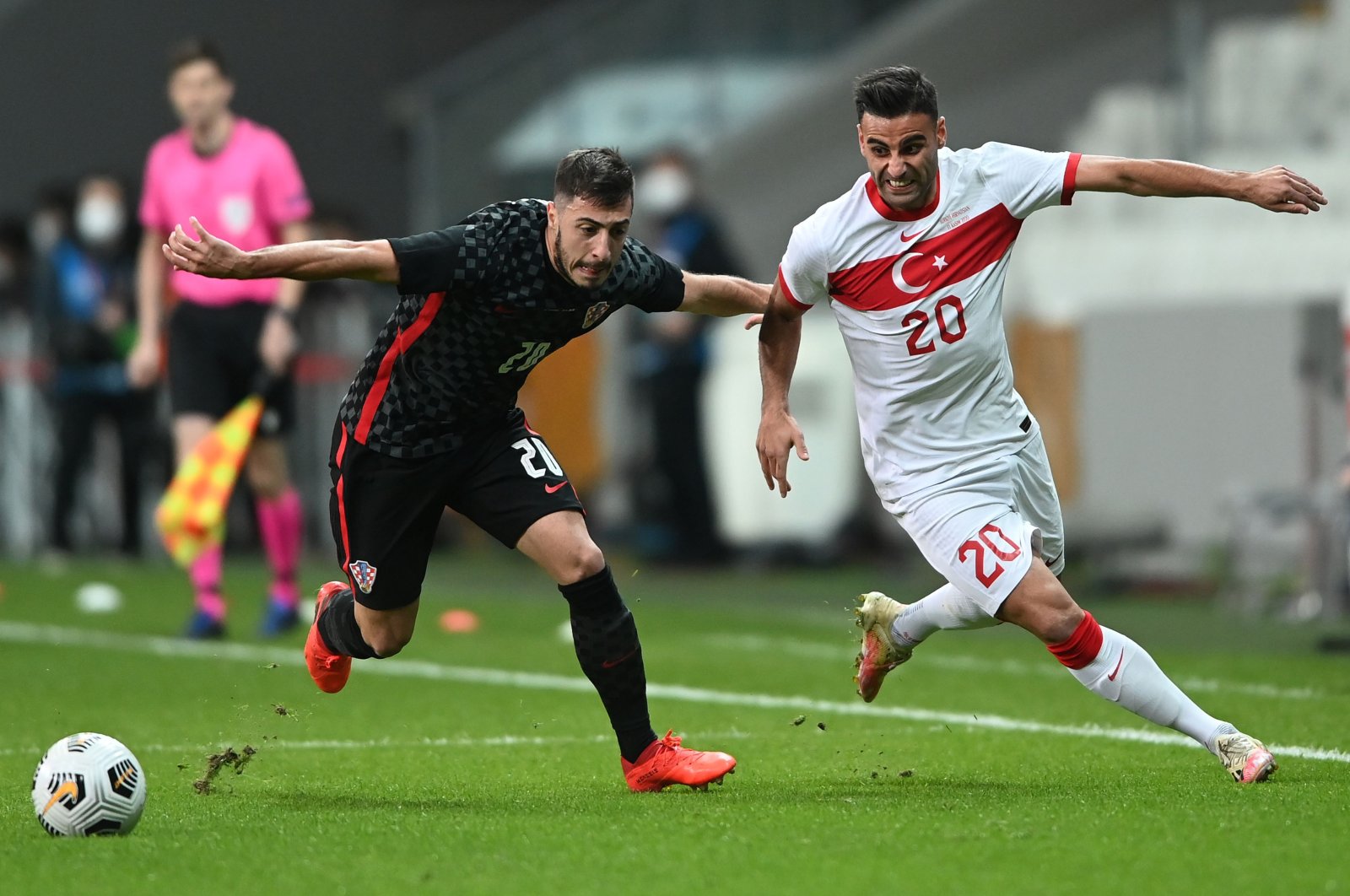 Turkey held Croatia to a rollercoaster 3-3 draw in an entertaining friendly on Wednesday ahead of top-tier Nations League games against Russia and Hungary.

Cenk Tosun fired Turkey ahead with a 23rd-minute penalty before Croatia's third-choice striker Ante Budimir took advantage of some sloppy defending and leveled with a dinked finish from 13 meters in the 32nd.

Deniz Türüç put Turkey back in front shortly before halftime, beating reserve goalkeeper Simon Sluga with a superb shot from a tight angle into the far corner after racing away from Domagoj Vida down the left flank.

The visitors roared back shortly after halftime with two goals in the space of three minutes, with Mario Pasalic grabbing a 53rd-minute equalizer from eight meters at the far post after Josip Brekalo's low cross fizzed across the face of goal.

Marauding wing-back Brekalo then got on the scoresheet, popping up to meet a Marko Rog cross from the left with a glancing header at the near post.

A frantic five-minute spell which produced a flurry of goals was completed when Cengiz Ünder hauled Turkey level in the 58th, capping a flowing move with a rasping shot from the edge of the area after he was teed up by Tosun.

Turkey will host Russia on Sunday in a decisive UEFA Nations League game. Standing third in Group B3 with three points, a win against Russia could inch Turkey towards a promotion, while a defeat could push Şenol Güneş and his players towards relegation into third-tier League C.

Turkey’s Nations League campaign will end with a Hungary visit on Wednesday.

Croatia, meanwhile, will visit Sweden on Saturday for a clash for the third spot in group A3. Standing with three points, Croatia has already lost the chance for advancing into playoff stages and will fight to avoid relegation.

The previous meeting between the two sides has ended with Croatia’s 2-1 victory in Zagreb, and anything but a defeat will ensure Croatia’s place in League A next season.

Croatia will host Portugal on Tuesday for its final Nations League game.