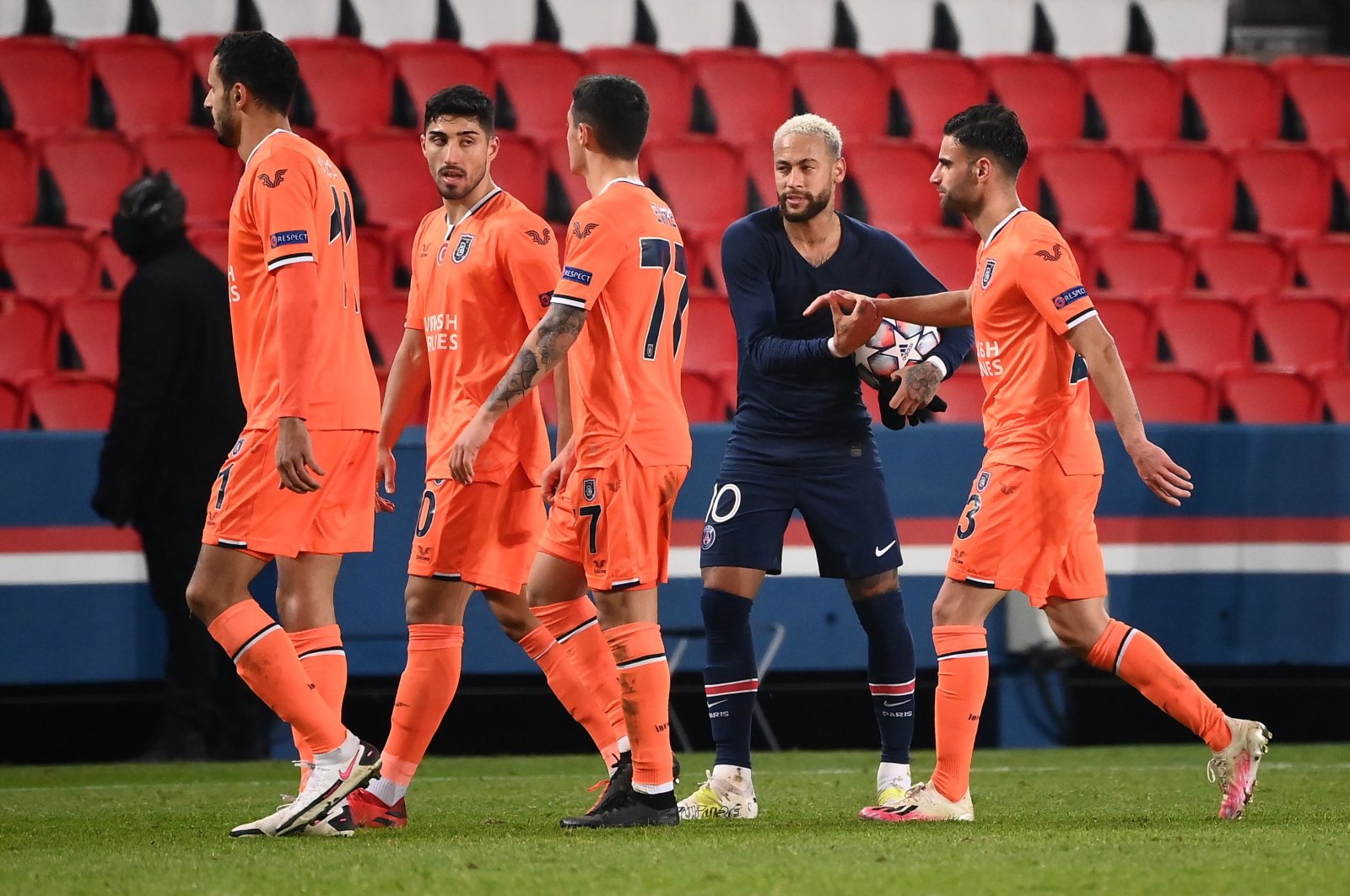 With Başakşehir and Sivasspor ending their maiden campaigns after group stages, Turkey will be without a representative in UEFA tournaments for the first time in more than a decade

There won't be a single Turkish team playing in European competitions' knockout stages this season.

Turkey's last representative in UEFA tournaments, Sivasspor, was eliminated from the Europa League Thursday after losing to Israeli side Maccabi Tel Aviv in the final match of the group stage.

The last time Turkish teams failed to qualify for the knockouts was 15 years ago, in the 2005-2006 season, when Fenerbahçe and Beşiktaş both finished fourth in their groups in the Champions League and UEFA Cup, respectively. Ironically, Istanbul is set to host this year's Champions League final.

This euro season was a disaster for Turkish football from the very beginning as the teams failed to make it through the qualifying rounds.

Beşiktaş, who started in the Champions League's second qualifying round, lost to Greece's PAOK right away and was downgraded to the Europa League. Then the Black Eagles could not overcome Portuguese club Rio Ave and lost on penalties, bidding farewell to their short-lived European campaign.

Alanyaspor's campaign was even shorter as it lost to Rosenborg in its very first match in Europa League qualification.

Istanbul powerhouse Galatasaray passed two qualifying rounds, defeating Neftçi and Hajduk Split on the way. However, in the playoff round, one step away from the main tournament, the Lions lost to Steven Gerrard's Rangers.

The disastrous qualification meant only Süper Lig champion Istanbul Başakşehir and Sivasspor, who both qualified directly, will represent Turkey in the UEFA competitions.

Unfortunately, Başakşehir had a tough draw as it found itself in a "group of death" in this Champions League. The Istanbul team's opponents in Group H were last season's finalist Paris Saint-Germain, semifinalist RB Leipzig and English giant Manchester United.

Despite losing five of six group stage matches and an embarrassing minus 11 goal difference, there were still some memorable moments in Başakşehir's debut Champions League appearance.

Irfan Can Kahveci's magical hat trick in the 3-4 thriller against RB Leipzig will also be remembered. Kahveci became only the third player in Champions League history to score a hat trick but still lose after Brazilian Ronaldo (Real Madrid vs. Manchester United in 2003) and Gareth Bale (Tottenham vs. Inter in 2010).

Meanwhile, in the Europa League, Sivasspor could and should have fought for a place in the knockouts, but instead, the team lost all four games against top-two teams in its group. The Turkish side only managed to grab six points from its two outings against the outsider of the group, Azerbaijan's Qarabag.

It has been a while since Turkey experienced a really successful European season.

Beşiktaş was the last Turkish team to feature in the Champions League round of 16 after cruising the group stage with four wins and two draws in the 2017-2018 season. But fate was cruel to the Istanbul club as it had to face Bayern Munich, who placed second in its group in an unusual manner for the German giant.

Beşiktaş was also the last Turkish team to go as far as the quarterfinal in the Europa League a season before that.

Turkish football fans are probably getting nostalgic about the 2012-2013 season, arguably the most successful for the country in at least 10 years.

Galatasaray, led by Wesley Sneijder and Didier Drogba, reached the Champions League quarterfinal, while its eternal rival Fenerbahçe found itself in the Europa League semis, one step away from the final.

That time is long gone, and the quality of Turkish teams has become far more inferior.

Turkish football has been in a sporting crisis for a while, and now it is evident in the performances in European competitions, prize money from which is more essential than ever for Turkey's financially struggling top clubs.