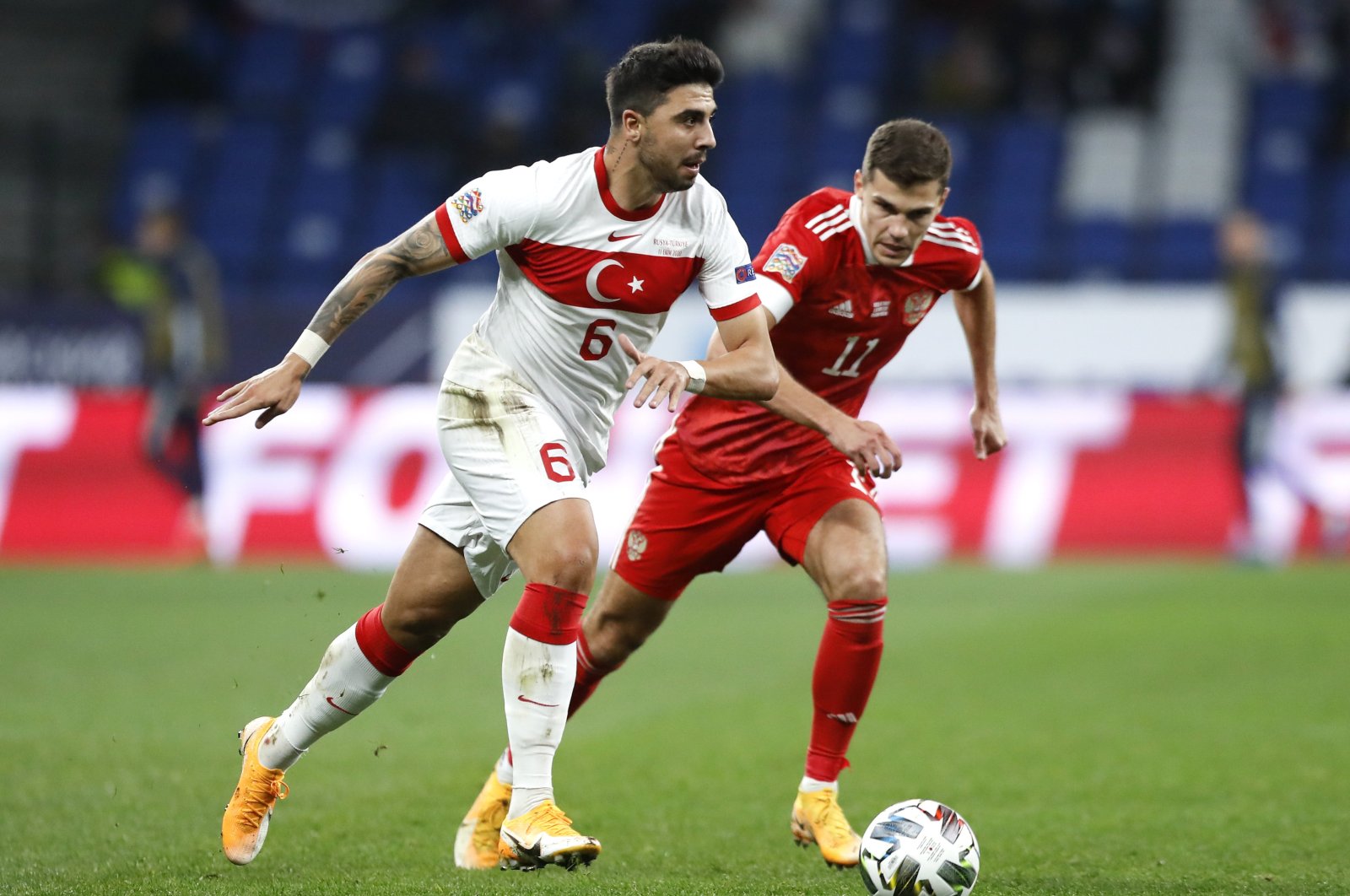 Turkey is preparing to meet Russia in Istanbul for a critical UEFA Nations League match on Sunday, with a potential coronavirus outbreak among players looming over the team.

The Turkish national team was isolated at a training facility in Istanbul’s Riva neighborhood after Croatia defender Domagoj Vida’s coronavirus test returned positive during the halftime break of a friendly match between the two countries on Wednesday.

With the management of both teams notified of the situation, the Turkish Football Federation (TFF) quickly placed the team under precautionary quarantine and ordered all players and staff who came in close contact with Vida to be separated from the rest.

The initial round of tests carried out on Turkish players on Thursday have all returned negative, but the TFF ordered players to remain in isolation until Sunday’s match with routine testing to be carried out every day.

While the players continued training for the Russia test at the Riva facilities, the incident came before a decisive match and the uncertainty will surely have an effect on coach Şenol Güneş and his men’s motivation.

Standing at three points in Group B3, Turkey is at a crossroads in its Nations League campaign, and the group is wide open to permutations – if Turkey wins.

Leader Russia stands with eight points at the top, followed by Hungary with seven points. Serbia stands at the bottom of the group with two points.

While the chances are slim for Turkey to finish the group at the top and secure a promotion for the top-tier League A, it is still technically possible. But for that to happen, Güneş needs to guide his players to victory on Sunday, something he failed to do so far in this year’s campaign.

A defeat, on the other hand, ensures Russia will finish the group on top while pushing Turkey dangerously close to relegation into lower-tier League C.

While Turkey stands safe with a point above Serbia, it all can change if the latter can win in Hungary.

The runnerup of the group, Hungary, has the biggest advantage among the four teams, as it will play both of its remaining matches at home, including the closing match with Turkey on Wednesday.

If all goes well and tests continue to come back negative, Güneş will have many of his regular players at his disposal for the Sunday test.

Fortuna Düsseldorf striker Kenan Karaman remains uncertain after he was left out of the Croatia match due to his injury.

The previous meeting between the two nations ended with a 1-1 draw in Moscow.

Aside from the mathematical equations of group B3, the most anticipated match among the weekend’s Nations League clashes will take place on Saturday, when defending champion Portugal will host World Cup winner France in Lisbon.

Drawing 0-0 in their first meeting, both teams are locked at the top with 10 points. The winner will secure a spot in the playoffs, while a draw will keep things alive in the group until the final matches on Tuesday.

Portugal boasts an impressive six-match winning streak at its home, while France arrives in Lisbon after suffering a shock 2-0 home loss against Finland, ending a 12-match unbeaten run.

While France had to play against Finland without Kylian Mbappe, Presnel Kimpembe, Kingsley Coman, Benjamin Pavard and Lucas Hernandez due to injuries, coach Didier Deschamps is hoping to count on the return of his players.

Portugal coach Fernando Santos, meanwhile, will have the full squad at his disposal, especially with the return of Cristiano Ronaldo, who missed the last match against Sweden after contracting the coronavirus.