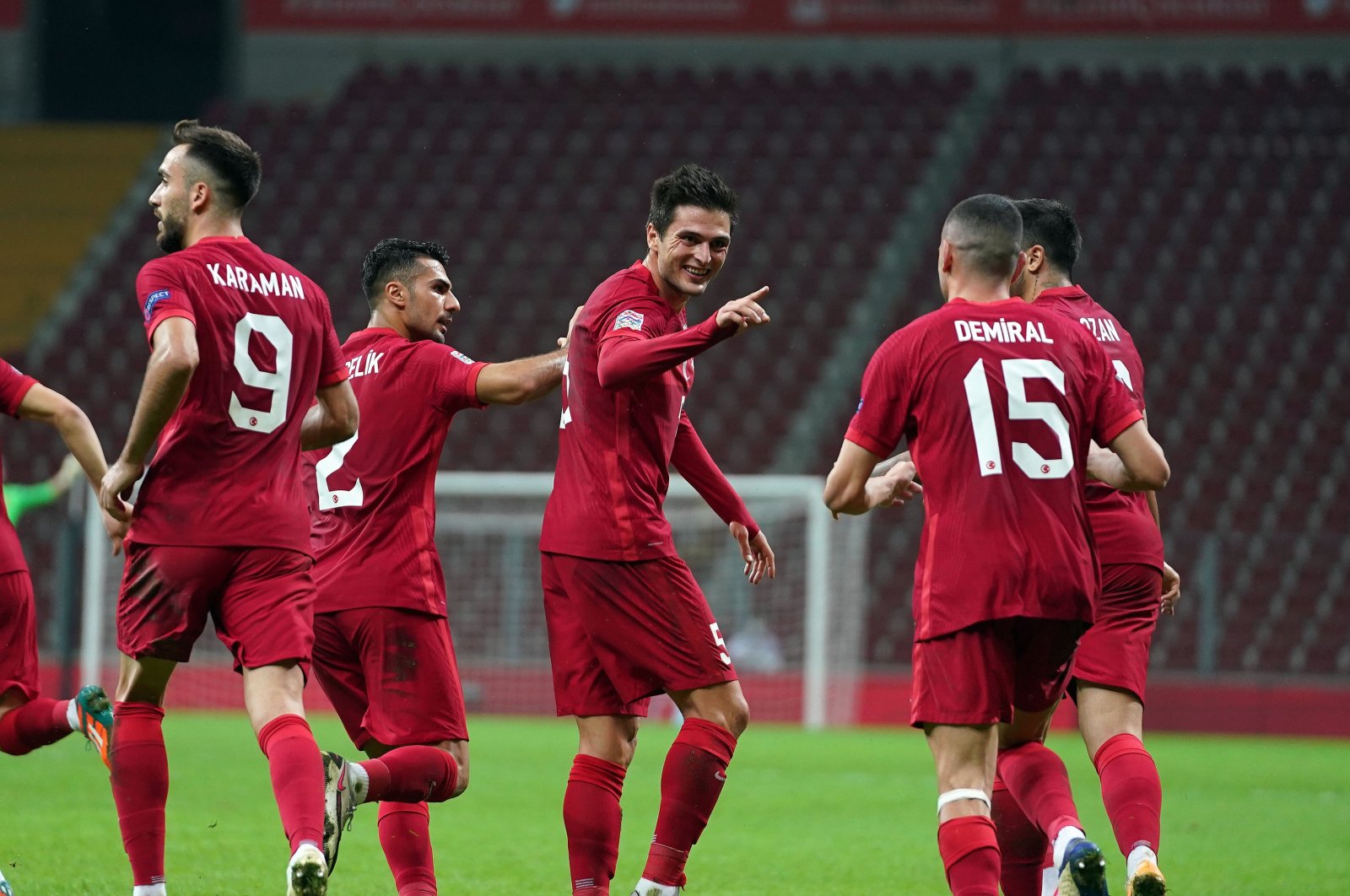 With both sides performing below expectations, Turkey and Croatia get a final chance to tinker with their squads ahead of the last couple of Nations League games

Meeting for the first time in three years, the friendly between the two countries will revive memories of a now subsided rivalry.

Turkey takes on Croatia in an exhibition match on Wednesday as international friendlies are still taking place ahead of the Nations League fixtures, despite a tight calendar amid the coronavirus pandemic.

The match in Istanbul will serve as a tune-up for both sides before the Nations League’s group stage comes to a conclusion next week.

Losing to Hungary 1-0 in the opening match, Turkey could only muster three points after draws against Serbia and Russia and still stands winless.

Standing in third place, Turkey still technically has a chance to overtake leader Russia, which stands at eight points, and secure a promotion to League A, but the chances of that happening look slim.

Turkey will host Russia on Sunday before traveling to Budapest to face Hungary for the final match.

Croatia, meanwhile, competes in the top-tier League A, but it has been going through a similar rocky Nations League season.

Standing at third place with three points, Croatia has no way of making it to the playoff round, as Portugal and France have pulled too far ahead with 10 points each.

Instead, coach Dalic Zlatko and his men are fighting to stave off a potential relegation to League B.

Croatia’s meeting with a pointless Sweden on Sunday will be the decisive moment for which will be relegated.

The previous meeting between the two sides has ended with Croatia’s 2-1 victory in Zagreb, and anything but a defeat will ensure Croatia’s place in League A next season.

While many coaches use friendlies as an opportunity to field alternative players to their main squad, Wednesday’s match will still offer entertainment as Turkey is known for taking its exhibition matches rather seriously.

Turkey extended its unbeaten run in friendlies to a 10th match after coming back from a 3-1 to draw with Germany 3-3 last month.

While the match will help coaches of both sides tinker with their squads one last time before their critical Nations League games, it will also bring back memories of great clashes between the two sides.

More than a decade ago, Turkey delivered what could be the most stinging defeat in Croatia’s history, knocking off its opponent in Euro 2008 quarterfinals with penalties after scoring a literal last-second goal in extra time.

The result created a rivalry between the two nations, with Croatia vowing revenge. Three years later, then-Croatia manager Slaven Bilic got his wish after knocking Turkey off Euro 2012 during qualifiers. Unbeknownst to him at that time, he would also arrive in Turkey two years later to manage one of Turkey’s largest clubs, Beşiktaş.

With the rivalry having calmed down in recent years, the last time the two countries met was in 2017 for the 2020 World Cup qualifiers, with Turkey winning 1-0 at home and drawing in Zagreb.

If Güneş’s picks in previous friendlies offer any indication, Turkey will likely come on the pitch with its usual line up. That means AC Milan midfielder Hakan Çalhanoğlu, who scored a goal and assisted another against last week, will be one of the key players for the home side.

Fortuna Düsseldorf striker Kenan Karaman, who scored against Russia and Germany, will be another one for Turkey.

For Croatia, the absence of Andrej Kramaric may put Ivan Perisic in the spotlight. The Inter Milan winger scored Croatia’s winning goal against Sweden last month.