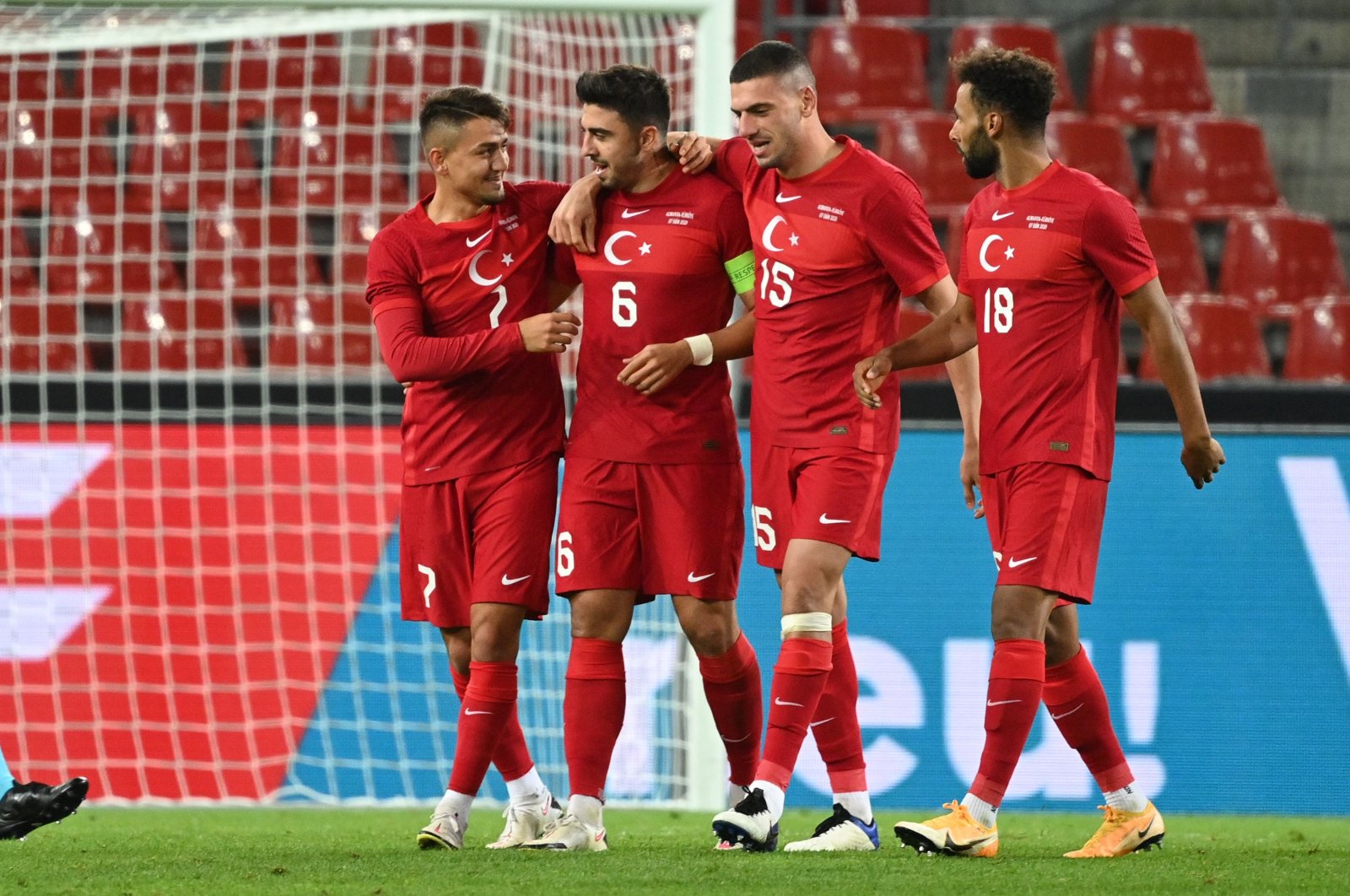 Drawing with Germany 3-3 in a friendly, the Turkish national team travels to Moscow with fresh confidence to take on group leader Russia in the UEFA Nations League

With two games played and four more to go, Turkey meets group leader Russia as the UEFA Nations League returns to action with several dozen matches over the weekend.

Standing at third place with a single point, coach Şenol Güneş and his players will travel to Moscow for a chance to improve Turkey’s odds for promotion to the League A and to shake Russia's hold on the leader’s spot.

Russia currently holds the leadership in Group 3 of League B after coach Stanislav Cherchesov managed to steer his side to back-to-back victories against Serbia and Hungary.

Turkey on the other hand, had a much more stuttered start to the competition.

Losing to Hungary 1-0 in the first match, Turkey managed to secure its first point after drawing with Serbia.

But Wednesday’s friendly against Germany has shown things are picking up for Turkey. After falling behind three times during the match, relentless play by Turkey bore fruit with a last-minute equalizer by Kenan Karaman.

If Turkey wants to shake things up in the group on Sunday, Güneş will need that persistent mindset against Russia as a further loss could put Turkey in danger of being relegated to League C next season.

Around the same time, Serbia will host Hungary for the other match of the group. Hungary stands at second place with three points, while Serbia is at the bottom with one.

Enjoying an unbeaten run in Group 1, Italy will seek to extend its narrow lead as it faces Poland on Sunday.

Italy sits at the top with four points, one more than Poland and the Netherlands, which visits Bosnia-Herzegovina at the bottom of the table.

"Against Poland it will be an entirely different game," Italy coach Roberto Mancini said. "There are three points up for grabs in the Nations League group, it's an away game and Poland are a very good team."

Italy has won 15, drawn five and lost just twice under Mancini, who is yet to taste defeat at home. His record makes him Italy's best coach in the past 50 years, and with 53 goals in 22 games, he boasts a scoring rate unheard of since the 1929-1948 tenure of two-time world champion Vittorio Pozzo.

In Group 2, Belgium hopes defender Jan Vertonghen will be able to line up against England on Sunday despite breaking his cheekbone three weeks ago.

Vertonghen, whose 120 appearances make him Belgium's most capped player, was hurt playing for his new Portuguese club Benfica last month.

For host England, Sunday’s match will be a selection dilemma for Gareth Southgate after the England manager was impressed by the performance of the experimental side he fielded in Thursday's friendly game against Wales.

Southgate fielded a largely inexperienced team for the friendly and was delighted as they won 3-0 at Wembley.

Dominic Calvert-Lewin scored on his debut, Conor Coady grabbed a goal on his first full start and Danny Ings popped up with the third goal, giving Southgate something to think about.

"That is the really big lesson for anybody in that situation, really," Southgate said. "You want to be involved, you want to be playing.”

In Group D, winless Germany will field a full-strength team in search of a first victory as it takes on the Ukrainian squad, which has lost 14 players to either injured or battling COVID-19. The Ukrainian FA (UAF) said Thursday that Shakhtar Donetsk pair Mykola Matvienko and Brazilian-born Junior Moraes will not face Germany after becoming the latest to test positive for COVID-19.

That comes after six Ukrainian players missed the 7-1 thrashing by France in Paris on Wednesday after contracting the virus.

Sitting at third place with no wins and repeated draws in friendlies, Germany's coach Joachim Low won’t hold back any of his players due to the pressure he is under to get a first win in a Nations League group also containing Spain and Switzerland.