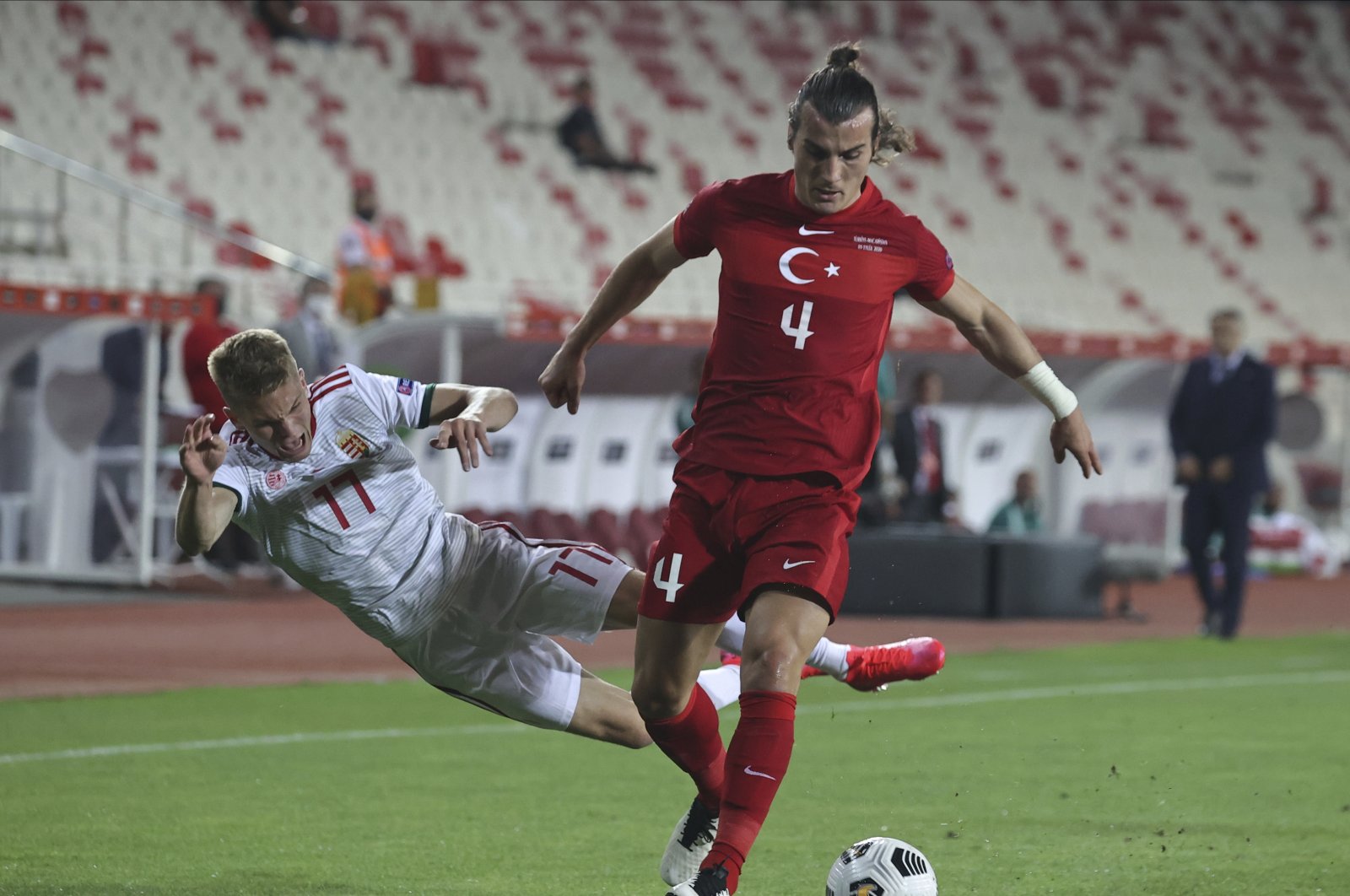 Losing to Hungary in the UEFA Nations League opener, Turkey seeks revenge this time around as victory in Budapest is a must for a ticket to top-tier League A

Turkey takes on Hungary on Wednesday in a crucial UEFA Nations League closing game, with potential promotion to the top-tier League A on the line.

Getting into its fifth match of the group with a loss and three draws in a row, Turkey managed to reverse its misfortunes after a decisive 3-2 win against group leader Russia on Sunday.

And now, just two points from the top where Russia and Hungary are tied at eight points, a win in Budapest could help Turkey emerge as the unlikely winner of Group B3.

But with the group wide open to possibilities, Turkey is just as likely to end up being relegated to League C.

Starting with who may win the ticket to the top-tier, Russia currently has the highest chance.

Drawing 0-0 with Hungary in Moscow and winning 3-2 in Budapest, Russia has the upper hand against its contenders for the lead and simply needs to win against Serbia to keep it that way.

Russia hammered Serbia 3-1 in the group's opening match and will again be the favorite when it visits Belgrade on Wednesday.

For Turkey’s path to the top, a win is an absolute must, as well as Serbia to at least hold Russia to a draw.

Here is where it starts to get confusing.

Hungary, meanwhile, has two possible paths. A draw can push Hungary to the top but only if Russia loses. But if Russia draws, Hungary will need a win.

Aside from all the calculations for the leader's spot, Turkey can also end the night at the bottom of the group.

If Turkey loses and Serbia wins, the two teams will be tied at the bottom. Both clashes between the two ended in draws but with one caveat that gives Serbia the slightest of advantages, away goals.

While the match in Belgrade ended 0-0, the Istanbul meeting ended 2-2, thus giving Serbia an advantage on away goals which will serve as the tiebreaker if such a scenario occurs Wednesday.

Best defense is a good offense

Looking past the mental gymnastics of probabilities and focusing on the Hungary-Turkey clash, coach Şenol Güneş will need to come up with a solution to his team's defensive shortcomings.

Turkey scored six goals so far in the tournament but also conceded as much. A look at the friendlies against Germany and Croatia, both of which ended 3-3, it becomes clear that Turkey has problems in the defensive department rather than offensive.

Speaking after the Russia match, Güneş appeared to have been aware of the problem

"When it was 3-1 and we were expecting an even better second half, we conceded a needless goal. It changed the balance of the game," he said.

The "needless" goal was also scored by a Russian side that was left with 10 men in the 24th minute.

And if not conceding is unlikely, Güneş could say the best defense is a good offense and hope to outscore the opponent.

Although Turkey's striker Cenk Tosun scored only once in the tournament so far, the Everton player also assisted once and created enough chances to be an ever-present threat on the pitch.

He will be joined by Fortuna Dusseldorf striker Kenan Karaman, who has two goals.

The addition of veteran Fenerbahçe winger Caner Erkin has also helped Turkey create opportunities, who assisted in his first Nations League match against Russia and had done the same in the Croatia friendly.

Leicester winger Cengiz Ünder, however, will miss the match due to a yellow card suspension.