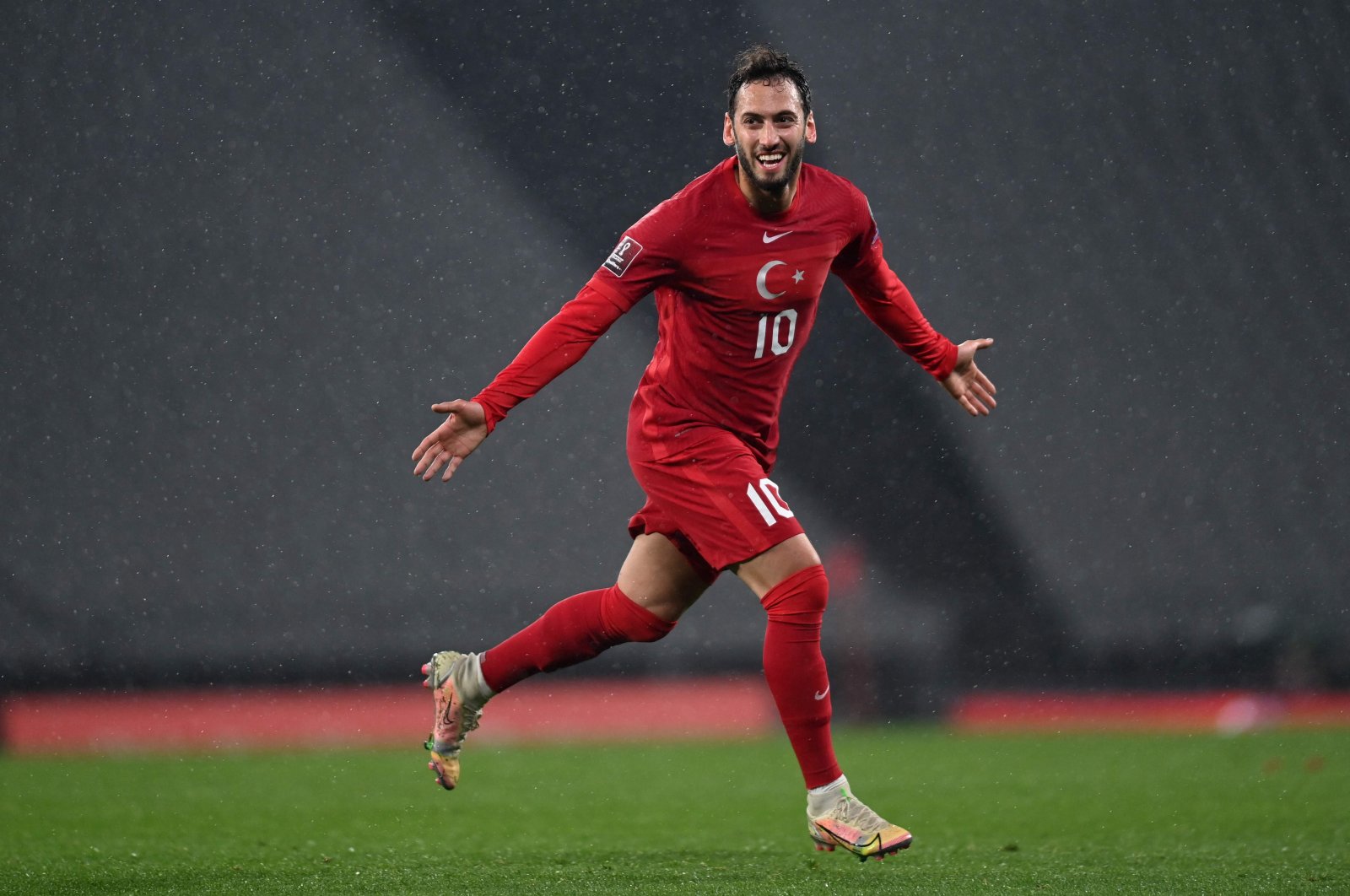 Çalhanoğlu burst onto the global stage when he scored with a mesmerizing free kick from more than 40 meters (131.23 feet) out against Dortmund while playing in the Bundesliga for Hamburg in 2014

The Turkish national football team will rest its hopes of conquering Europe and winning a first international title on free-kick maestro Hakan Çalhanoğlu, whose repertoire features the kind of silky skills the football-mad nation craves.

Çalhanoğlu is just one of the stars of a squad that many view as Turkey's new golden generation.

The Turks' best international performances include a semifinal appearance at Euro 2008 and a third-place finish in the 2002 World Cup.

But a trophy has remained tantalizingly out of reach.

Çalhanoğlu plays for AC Milan and will be keen to shine his brightest when the Turks travel to Rome to play Italy for their Group A opening match in the pandemic-delayed Euro 2020 on June 11.

The 27-year-old's Milan contract is expiring and he will have a chance to show off against some of his old Italian teammates and opponents.

Scouts from Manchester United will be among the many suitors watching with interest to see just how good Çalhanoğlu has become.

Çalhanoğlu burst onto the global stage when he scored with a mesmerizing free kick from more than 40 meters (131.23 feet) out against Dortmund while playing in the Bundesliga for Hamburg in 2014.

The Dortmund players had not even bothered to set up a wall because an attempt on goal seemed so audacious.

Further gems for Bayer Leverkusen, as well as AC Milan and Turkey have established Çalhanoğlu as one of the most feared free-kick takers in the world.

But it would be a mistake to reduce the German-born Çalhanoğlu to a compilation of pretty goals on YouTube.

He has always had lightning-quick feet. Now he has developed into a technician who reads the game as if he were hovering above the pitch.

He delivers precision passes and fans adore him because he usually spares no effort while pressing in defense.

Çalhanoğlu also brings needed experience to a rejuvenated squad and is one of Turkey's most capped players.

But it has not all been smooth sailing for Çalhanoğlu and the men in red.

He has occasionally been benched by coach Şenol Güneş after being accused of giving more to his clubs than country.

Çalhanoğlu admitted last year that he felt "resentful" toward Güneş for not giving him as much responsibility as he enjoyed in Milan.

"I like to take responsibility," he told reporters in March.

"What matters to me above all else is the collective game."

Çalhanoğlu succeeds the more tempestuous Arda Turan in wearing the No. 10 shirt for the "Milli Takım."

"It is a number I really like," Çalhanoğlu said.

Çalhanoğlu is a practicing Muslim who made a pilgrimage to Mecca with French teammate Tiemoue Bakayoko in 2019.

He has also made no secret of his desire to play for Istanbul's Galatasaray "one day."

But there is little doubt that he is still dreaming of meeting his stated 2014 ambition of "reaching the level of Messi or Ronaldo" in Europe's biggest leagues.

Turkey's Euro campaign will offer a chance to show he is ready for superstardom after a good season at Milan despite coming down with COVID-19 in January.

Milan coach Stefano Pioli loves him and said he would like to keep him after Çalhanoğlu's contract runs out in June.

But Pioli said Çalhanoğlu "has not yet reached his full potential" while scoring nine goals and delivering 12 assists in 43 matches for the Rossoneri.

"He should try to score more goals," Pioli said in early May. "He has the necessary talent. He just needs to set more ambitious goals."