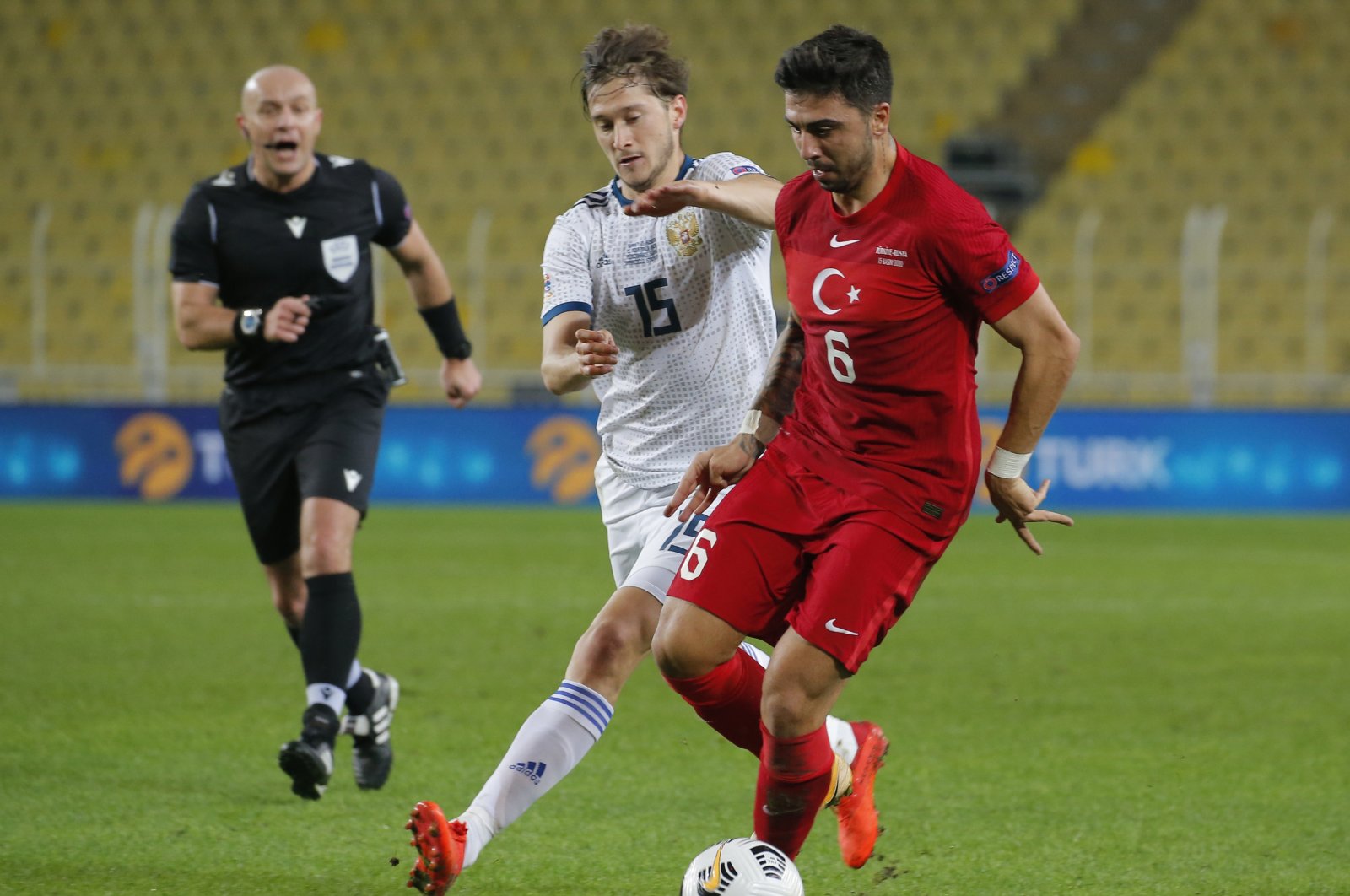 As I predicted in my last piece, Russia played more or less the same game as before against Turkey. The Russian starting 11 kept six players from their last game against the Turkish side and that includes a goalkeeper change. Artem Dzyuba’s last-minute dropout due to “strange” reasons and Denis Cheryshev’s return were the two most crucial differences.

Nevertheless, coach Stanislav Cherchesov started the game with the same counter-pressing strategy, pressing Turkish center-backs and goalkeeper intensely. This was not a surprise as anyone who watched Russia carefully in the Nations League would tell you that this is their usual game. The surprising part was Turkey making the same exact mistakes in defensive buildups.

The similarities between the two games were stark until the 24th minute when Russian central defender Andrey Semenov was sent off after taking Cenk Tosun down just before the penalty box. The first 25 minutes of the game were under the total control of the Russians, they pressed high, forced goalkeeper Mert Günok to make wrong decisions, just like in the first game and found their opener in exactly the same way they did a month ago.

It seemed as if Turkey’s coach Şenol Güneş did not even try to come up with a solution to this problem, even though he knew what was coming.

The rest of the game, however, was a different story. Turkey found two goals in quick succession at 26th and 32nd minutes, before Russia had a chance to react to being one man down. From there on, it became a relatively easy game for Turkey as Russians were no longer able to press intensely and stay more cautious in their defense.

The following third Turkish goal and the second Russian goal were nothing but a lucky coincidence of blind-fire exchange between the two teams. Just like the last 364 days since Turkey won its last game, the organizational part of Güneş’s game was not on the pitch.

Then the question is, what happened to Turkey in Euro 2020 qualifiers, where the team conceded only three goals? The answer is pretty clear. After two unsuccessful games against Hungary and Serbia, Güneş must have thought that his solid defensive game would not be enough to win against even more defensive opponents.

That is why he started to shuffle his squad rather than trying to integrate new set-pieces to his already well-performing strategy. Unlike the Russians, Turkey kept only four players from their last game against Russia, despite keeping the same goalkeeper, Mert Günok. It is clear that Güneş has invented himself a problem by making radical changes without a strategic framework, instead of reforming his strategy step-by-step.

An immediate return to a stable starting 11 and a solid defensive strategy is a must to keep the team balanced before Euro 2020.