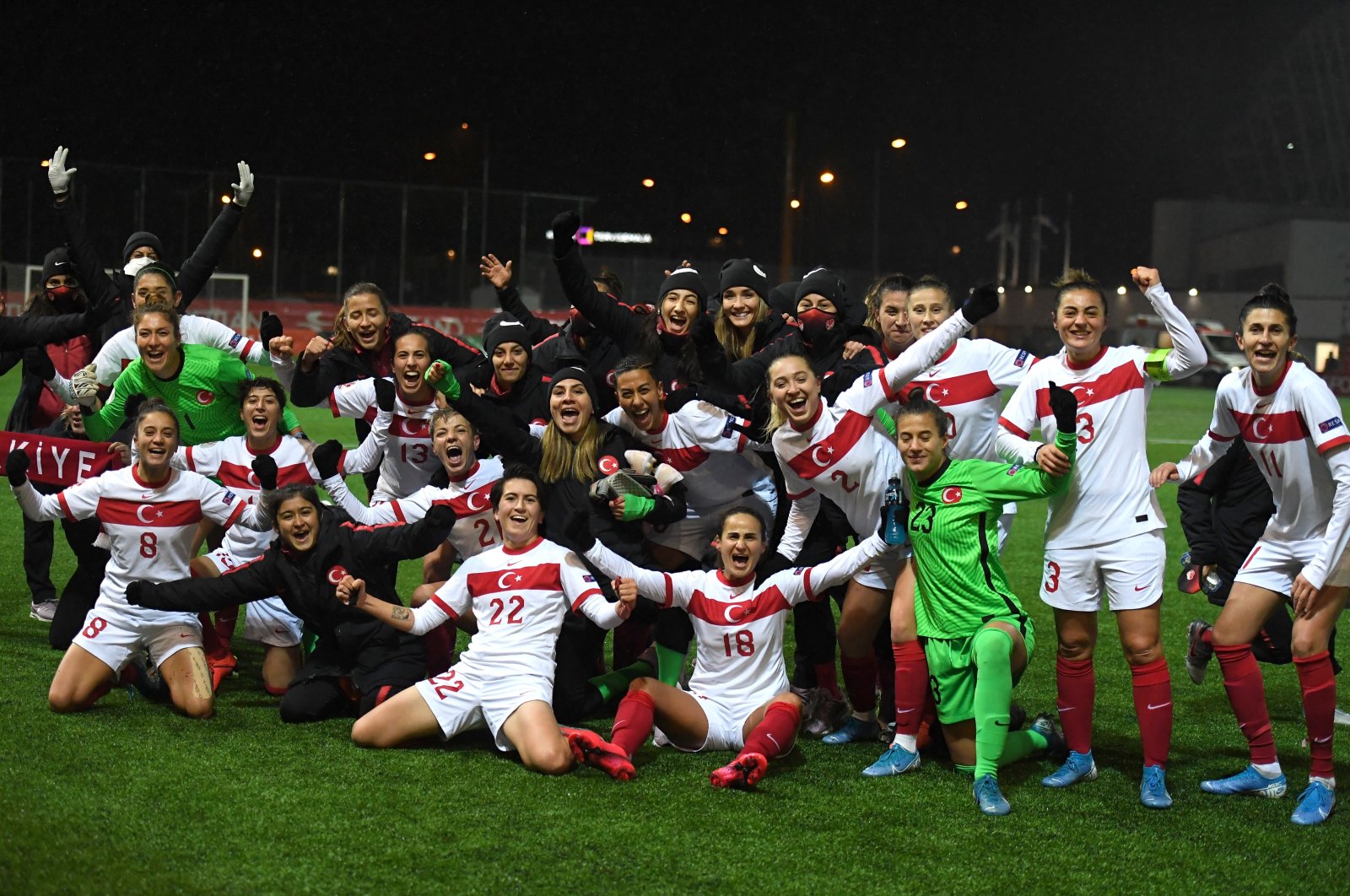 A match against Russia on Tuesday will decide the women’s national football team's fate in the UEFA Euro 2022 qualifiers.

The Turkish side, nicknamed the Crescent Stars, will host its rival in the southern province of Antalya in their 10th and last game in Group A. The team sits at fifth place in its group, ahead of Estonia, with only one win and two draws in nine matches. Russia, with seven victories, has garnered 21 points so far and is runner-up behind the Netherlands.

The Turkish team defeated Estonia 4-0 in an away game Friday.

The group winners and the three runners-up with the best record against the sides first, third, fourth and fifth in their sections will join hosts England in the final tournament scheduled for July 2022. The other six runners-up will have a playoff in April for the remaining three berths in the 16-team finals.